Review: The Great Gatsby ballet at The Lowry

Based on the novel by F. Scott Fitzgerald, The Great Gatsby premiered in 2013 and has since enjoyed two sell-out UK tours.

Now, for the first time, Northern Ballet has brought the glamour and seduction of the roaring twenties to The Lowry.

Set on New York’s Long Island in the heady, indulgent days of the 1920s, narrator (of the book) Nick Carraway comes to know his infamous neighbour Jay Gatsby, a mysterious millionaire with a secret past and a penchant for lavish parties.

And the parties are indeed lavish, attended by celebrities, film stars, flappers, businessmen and basically anyone who’s anyone, with spectacular energetic dance scenes and glittering dresses.

Nominated for a UK Theatre Award for Achievement in Dance, The Great Gatsby was choreographed by David Nixon OBE and earned him a nomination for Best Classical Choreography in the 2014 National Dance Awards.

The ballet is performed to the unforgettable music of Sir Richard Rodney Bennett CBE (Four Weddings and a Funeral, Murder on the Orient Express), played live by Northern Ballet Sinfonia. Alongside Sir Rodney’s music are other familiar pieces, from Irving Berlin to the Charleston.

But as the sparkling façade of Gatsby’s world begins to slip, Nick comes to see the loneliness, obsession and tragedy that lie beneath.

And the ballet excels at these more melancholy moments, too, with slow movements and increasing tension, both physically and in terms of the sound design.

There’s tension between brutish husband and delicate wife Tom and Daisy Buchanan, and between mechanic George Wilson and his wife Myrtle whom he suspects, rightly, of having an affair.

The tension reaches boiling point when all the central characters gather together in a suite at the Park Plaza. Gatsby tells Tom that his wife has never loved him and that she’s coming away with him. Daisy is torn, unsure of her feelings for the two men.

A storm is breaking, literally and figuratively.

By contrast, the flashback scenes to a younger Gatsby first realising his love for beautiful Daisy, while he was a young officer going off to the Great War, are achingly tender and romantic.

In one scene, against a backdrop of dazzling mirrors, Daisy and Gatsby relive their young love alongside the shadows of their former selves. It’s beautiful and heartbreaking.

If there’s one thing this production is not short of it’s style. At moments it resembles an Edward Hopper painting.

And in many ways the story, with its glitz and parties, its opulence and beauty, is tailor-made for ballet. Though dance, perhaps unsurprisingly, doesn’t always manage to capture the complexity and subtle nuance of the novel.

Anyone unfamiliar with the story might be confused at times without narration to drive the plot along. But while the ballet cannot follow the book word for word, it does try to capture the emotions, turmoil, loves and indiscretions of the people whose stories it tells.

But the very best moments belong to George and Myrtle, portrayed by Mlindi Kulashe and Minju Kang. There are scenes full of love and longing in the dirty summer heat of George’s garage, and jealousy and sensuality in the bedroom.

The pair manage to convey a rollercoaster of emotions through their sultry set pieces. It culminates in a devastating display of grief by George, full of raw physicality, following the tragic car accident as the story reaches its heart-pounding climax.

The Great Gatsby has all the ingredients for a great ballet: love triangles, decadence, desperation and heartbreak. And the innovative Northern Ballet company brings it to life in this thoroughly elegant production.

It’s the most glamorous party in town, and no mistake. 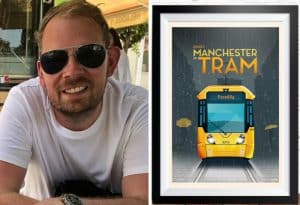 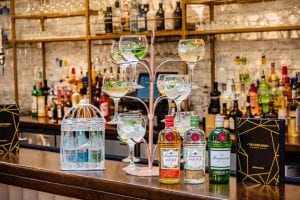 £50,000 worth of free tickets to Winter Wonderland Manchester 2017 up for grabs to children’s charities