In 1986, during the height of Thatcher’s time in office, Jim Cartwright penned the play Road and released it at the Royal Court Theatre in the West End to critical and commercial acclaim. During a time of crippling unemployment, with labour strikes taking place up and down the country, and with national morale at its lowest point in decades: it gave audiences a sobering, and frequently explicit look at the trials and hardships facing the residents of a working-class street in a fictional town in Lancashire.

Fast-forward the better part of 40 years, and society is still faced with many of the same problems… In the wake of Brexit, the pandemic, and a looming energy crisis sending poverty levels soaring – the timing could not be a more appropriate time to revisit Cartwright’s seminal work and a return to the desperate doldrums of 80’s Britain. So, it’s time to straighten up those shoulder pads, dust off the highly flammable shell suits, stick Wham! on the turntable, and head down to the pub to drown your woes. 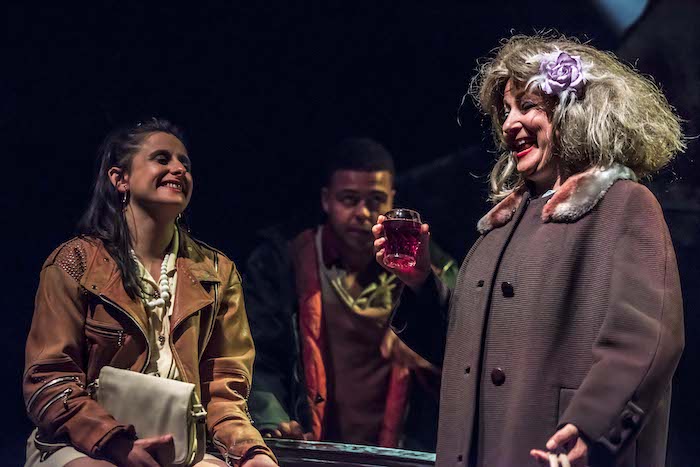 And it is a night out that the audience is invited along to as the direction by Gitika Buttoo puts the audience practically on the street – a space that is expertly and efficiently utilised to maximum effect courtesy of inspired set and lighting design by Foxton, and Jason Taylor, respectively. The life on the stage seems to mirror that of it, as the cast mill about their business on stage: throwing darts in the local pub; running a vacuum cleaner; or rolling a ciggy – all while the audience is still being seated, and throughout the intermission. It all lends an air of authenticity to the setting; a sense of it being lived-in.

We are soon introduced to the narrator of the piece – Scullery – played by the excellent Richard J Fletcher, who serves as our tour guide for the evening. The more modern audience – although not that modern now i suppose – may liken him to Frank Gallagher of Shameless fame, with his fourth-wall-breaking interactions with the audience further amplifying that sense of the audience going along for the ride as he introduces the assorted characters who make up the street. 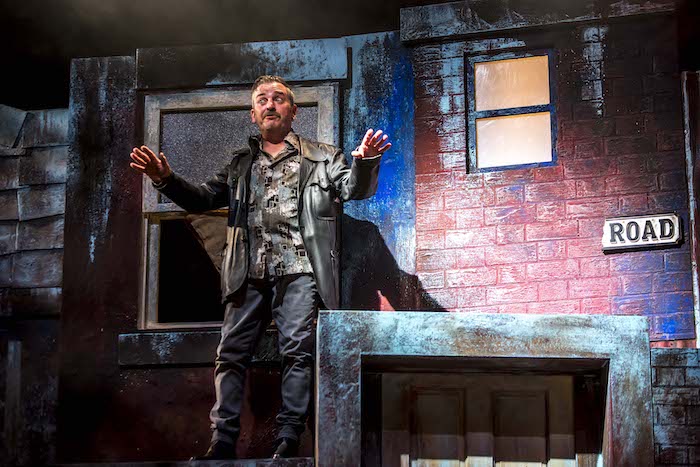 There are the lads and gals preparing and preening for their nights out, while neat touches like Bruce Forsyth and his Generation gameplay on a living room tv in the background. Being a child of the late 80s myself, these little touches added a real touch of authenticity to the performance. There is the banging of frying pans on the walls to battle the neighbours’ excessive noise levels. A lighthearted moment on the surface of it – bringing laughter from the audience – but highlighting the claustrophobic, cramped conditions on the street, as residents jostle over their own tiny space, trying to eke out what contentment they can from their environment.

There is humour in spades throughout, but each seemingly lighthearted moment is soon served a reality check as hot on its heels comes a sobering realisation that some loss of dignity on the part of one of the characters is the object of the brief interlude of mirth. 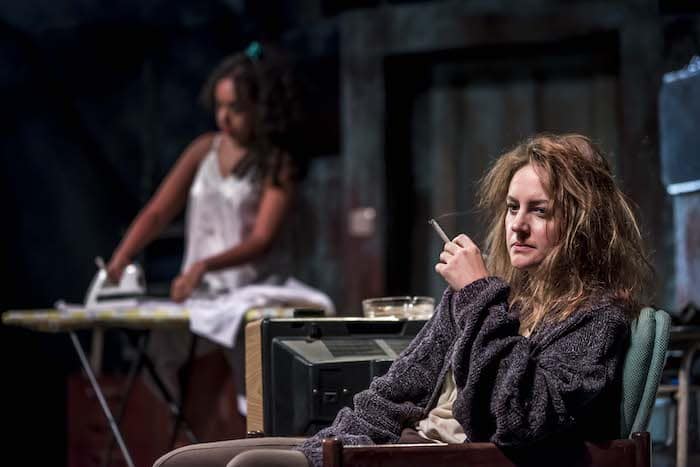 During the materialistically obsessed period of Thatcher’s Britain in the 1980s, the complete collapse of any consideration for issues like mental health sees an old lady, Molly, played by Claire Storey – clearly suffering from dementia – being left to fend for herself. Before this fact dawns on the audience, it is treated as a humorous moment, as she sings to herself in her dressing gown, before then proceeding to add milk to her tea from the cat’s dish. Similarly, a young man on the street, Skin-lad, portrayed extremely energetically by Shaban Dar, is labelled by the community as a ‘nutter’ and is seen as a curiosity or local character, rather than human-being suffering through mental anguish. 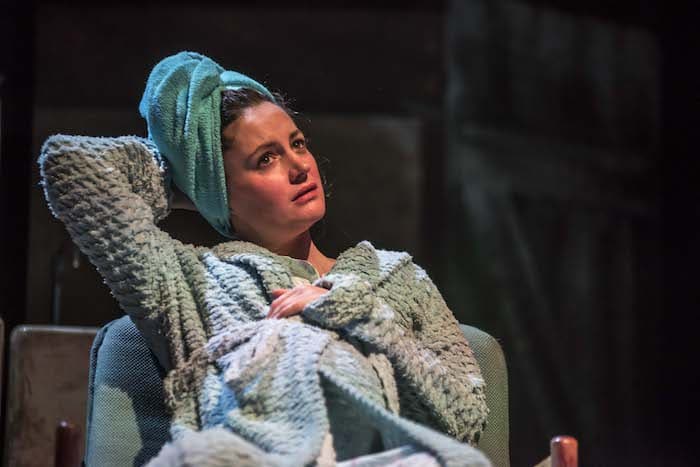 A particularly poignant scene involving an elderly man, Jerry, played by the brilliant Will Travis, sees him recalling the ‘good old days’ on the street – and in the country in general. A time before austerity, where the streets were safe and work was plentiful. When a young man would commit to a stint of national service that would instil purpose and a resulting sense of his place in society. A man who is now an outsider in his own community, as the opportunities have dried up along with the once abundant hopefulness of his long-lost youth.

It’s not all doom and gloom though. And certainly more than just poverty tourism. Beneath it all, there is a sense that the human spirit is resilient, and that even in the darkest and most hopeless of places, the simple act of sharing a song over a pint, can elevate the soul out of even the most abject of misery. And what a soundtrack too! Sound Designer James Frewer infuses the show with a variety of hits from the 80s. From Madonna to Frankie Goes to Hollywood, it certainly helps to set the scene, and puts you back in the halcyon days of Top of the Pops. A bit of Otis Reading to top things off is the icing on the cake. 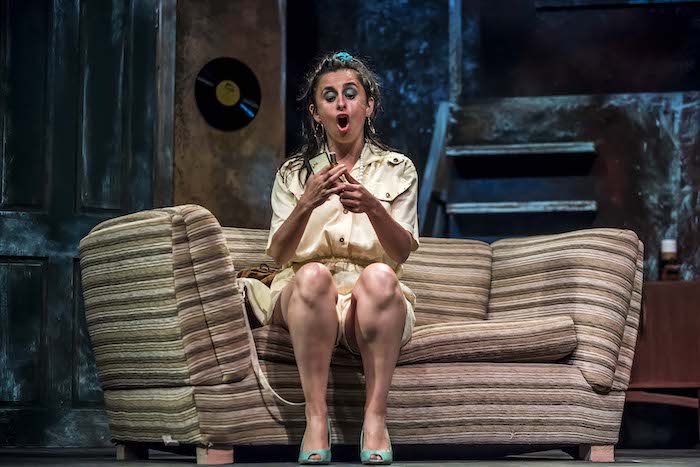 Though-provoking, but with a devilishly dark sense of humour: Road will certainly have you feeling like you have left the theatre having had an experience not quickly forgotten.

With prices starting at a very reasonable £7, Road is running at the Oldham Coliseum until the 1st of October.