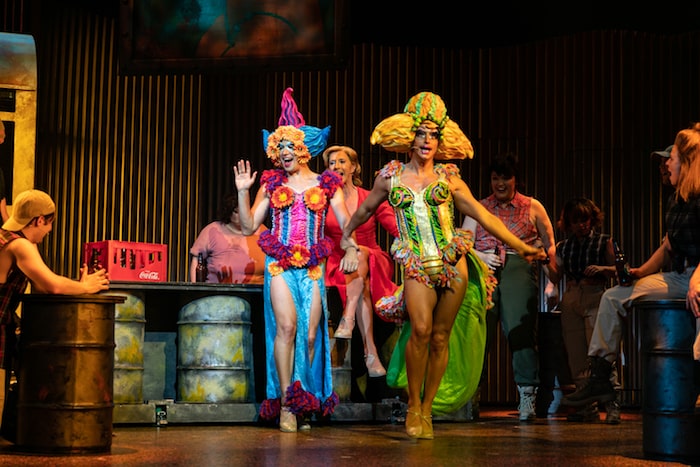 Priscilla, Queen of the Desert’s opening night boasted a well-deserved, packed (but COVID-safe) audience, and if ticket sales are any indication, will continue to do so for the rest of its run at the Palace Theatre.

Each performer fills (insert innuendo here) the stage with love and life, be they main cast, side character, or ensemble.

Particularly delightful are the performances of Gracie Lai as Cynthia (the bombastic partner to Daniel Fletcher’s Bob), and Rosie Glossop, Claudia Kariuki and Aiesha Pease as the ‘Divas’ à la Little Shop of Horrors.

Together with the rest of the cast, they deliver performances bursting with energy and wit.

You’ll get your money’s worth of laughter in the first five minutes – but do stay for the rest!

It is worth being mindful of the choice to cast a transgender character with a cisgender man. Miles Western is a fine actor of his own accord, but this was not the place for his talents to shine. In itself, this type of casting enforces the transphobic message that trans women are just ‘men in wigs’.

Among the drag queen cast of characters, however, the message becomes far too potent to simply brush off. There are many steps involved in casting a lead theatre role, and the fact that at no step was it considered that this particular casting may be transphobic reflects poorly on the production team and the actor himself.

It is unfortunate that this choice undercuts the intended message of inter-community LGBT acceptance and caring. I believe her character could have been portrayed more authentically had the same care been put into casting. It is otherwise heart-warming and well-performed. 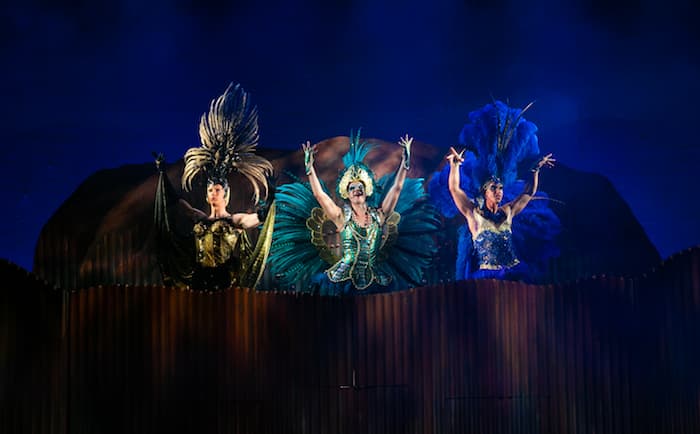 Bernadette is a well-written character that faces challenges very familiar to many in the transgender community and finds a genuine love and respect that is not represented nearly enough in mainstream media.

I found myself rooting for her throughout the entire show and was deeply touched by her happy ending that LGBT characters are so rarely given.

I was touched, in fact, by the happy ending all the LGBT characters were given.

Tick’s relationship with his son (Benji, played by eight-year-old Alexander Timms) culminated in a moving medley of Say A Little Prayer/Always on My Mind. Benji’s loving attitude is a warm reminder of the good in the world for LGBT people. 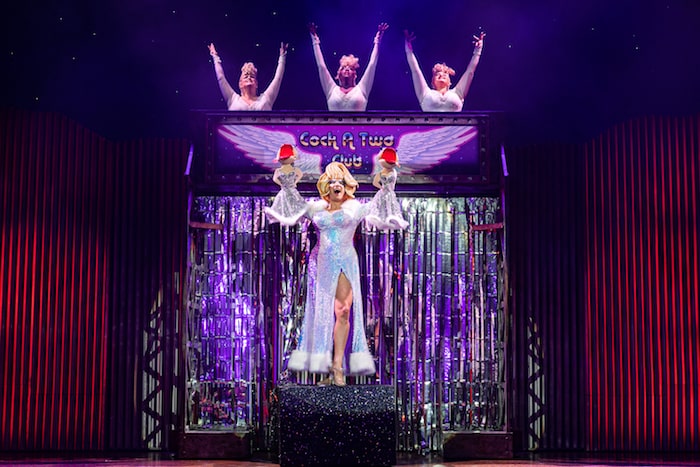 The show shines a spotlight on some of the tougher issues faced by the LGBT community, including transphobia, shame, and attempted sexual assault, but it does not do so without comfort and care for its main characters

The show ends with a bang (the only one you’re ever going to get, sweetheart!) and has the entire audience on their feet, dancing and clapping the night away.

It delivers hit song after hit song, performed by a talented and enthusiastic cast with a side of Madonna.

The costumes are a spectacle in themselves.

Priscilla, Queen of the Desert runs until the 16th of October at the Palace Theatre. Tickets are available here starting at £13.