Review: Motown the Musical at the Opera House 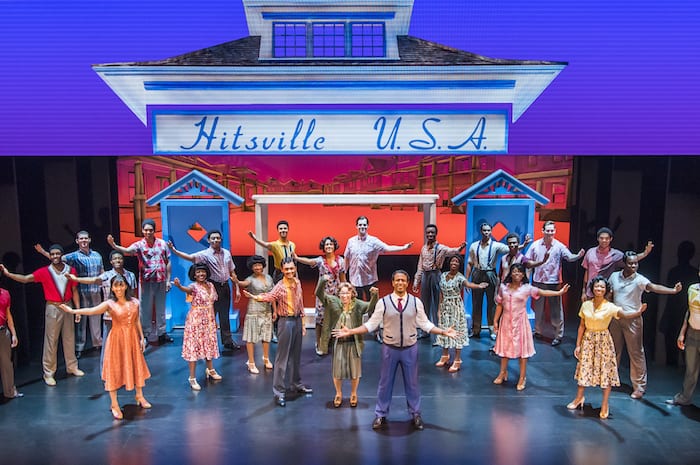 The music of Motown is timeless. Once you start to roll off the names of some of the biggest hits, you can’t stop. So it’s hardly surprising that this musical celebration of Tamla Motown was bound to have been successful on Broadway and in the West End.

You get to hear some of its most famous songs, accompanied by some spot on choreography. For fans of Diana Ross, Smokey Robinson, Marvin Gaye, Stevie Wonder, The Jacksons, The Temptations, The Four Tops and many others, this is soul food.

Essentially though, it’s the story of Berry Gordy, the founder of Motown, and his rags to riches story, his relationship with Diana Ross, and ultimately what happened when the hits began to dry up.

Edward Baruwa has the vocal chops required to breathe life into the man, and it is a nice touch that he sings so much in the show. When he does, the show comes to life as classic musical theatre.

Because this is based on Berry’s book, it feels sanitised and slightly rushed, even though it runs for over two and a half hours.

In the main this is because so many hits are crammed into the narrative (50 in total) that you don’t have time to dwell on anything that is taking place. Just when you get the chance to pause and reflect, on comes an image of a record and another feelgood hit.

You could argue that with a title like Motown the Musical, this it probably what the audience want. In which case, why not have a sung through show of the back catalogue?

The main problem is the show’s tone. It delves into some really heavy themes – race riots, JFK’s death and Vietnam – which are juxtaposed with Berry’s inability to rise to the challenge of sleeping with Diana Ross, and many lines which are so cheesy that they should be sponsored by Dairylea

Thankfully, there are some performances that lift you as much as ABC, Reet Petite, You Can’t Hurry Love, and Baby Love.

Edward Baruwa is better than the material he has to work with, and presents Berry’s conflict between being successful and selling out.

Shak Gabbidon-Williams is a marvellous Marvin Gaye, and has great interaction with the audience.

Karis Anderson has a lovely way with the audience and good vocals. But you cannot escape from the fact that she is impersonating Diana Ross, as she is not really given anything else to do. So it all becomes a bit panto-esque.

Warren Adams’ choreography is striking. He doesn’t just recreate some of the classic moves of The Temptations and others, but he has worked on some great group numbers – and the cast never put a foot wrong.

David Koirns scenic design has some seamless changes, and even though it is too heavily reliant on Daniel Brodie’s projections, it does the job.

Charles Randolph-Wright’s direction is safe. When there is high drama, it is cut to bring on another song.

But in reality the show needs time to breathe and make you feel something.

The Motown back catalogue runs through a gamut of emotions, and with Karis Anderson’s Diana Ross coming off stage and into the audience, you really can reach out and touch as she sings to you.

It’s moments like this that you will remember far more than the shuffle approach of the crowbarred hits.

Motown the Musical is at the Opera House until 23rd March 2019.