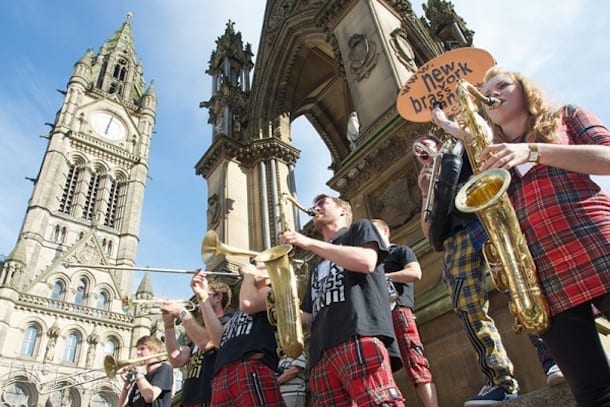 Sometimes you can become complacent being a Mancunian, especially if you live in the city centre. Bars, pubs and restaurants to suit every taste, award winning museums and at this time of year a different festival almost every week, says Mike Strul.

On right now are Dig The City, Manchester’s very own garden festival, and one which has the tendency to slip under the radar but which has become a truly international event – the Manchester Jazz Festival. Since it opened in 1995, it has grown into a major festival on the UK jazz scene, bringing visitors and artists into the city from all four corners of the globe.

Parking itself as usual in Albert Square, the 20th festival celebrations opened on early Friday evening with the New York Brass Band, who took centre stage in Festival Square wowing the early evening revellers to a free show full of boundless, brassy energy before marching off to raise the roof at Matt & Phred’s.

With an hour to kill, it was time to enjoy the Thwaites beer tent and the various food stalls around the site which include our favourite fine Thai vendor Chaophyra, Matilda’s ice cream, and Al’s Diner which sold the most amazing pulled pork with slaw roll. 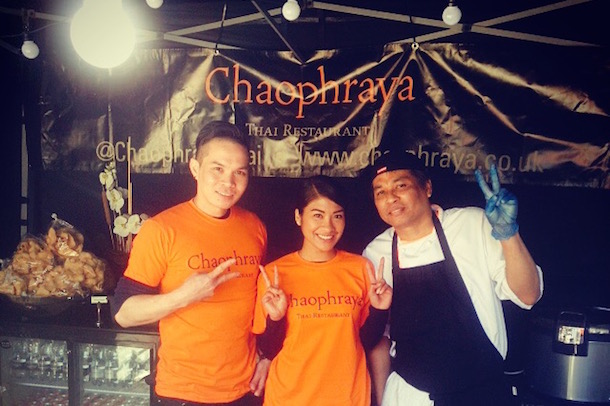 Performing the first gig of this year’s festival in the Thwaites Pavilion were Manchester’s very own Buffalo Brothers, a new deep funk sensation who have exploded onto the UK jazz music scene and whose extravagant live spectaculars produce thunderous grooves, blistering horn lines, and 60’s and 70’s Craig Charles-type high energy funk, culminating into one high-energy smoothie.

Ask most people what they know about deep funk jazz and the answer is probably going to be ‘not very much’. It’s a genre of funk music which, unlike traditional mainstream funk, has a more soulful, rawer, grittier, and “heavier” sound. While the jazz purists might baulk at such a cocktail, it’s actually a recipe that makes for a great introduction to this year’s MJF, adding variety and texture and it’s a musical form I almost always enjoy. 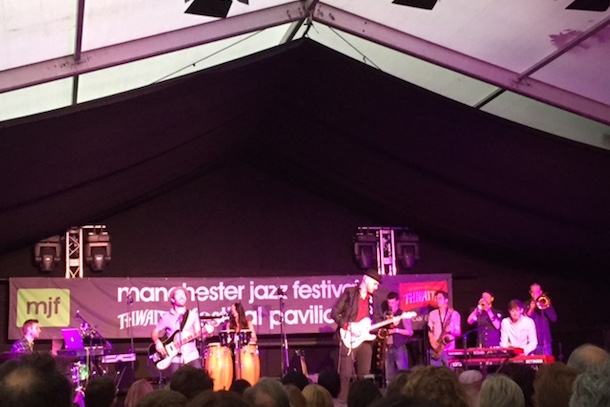 Perhaps surprisingly, given their inclusion on the bill as a kind of homecoming, Friday was not quite a sell-out as the dark clouds descended over Albert Square and the Friday night revellers around the bars of Manchester flexed their muscles elsewhere. But the jazz, hip hop and soul blend that filled the Pavilion tent on Friday certainly sounded good. The band’s second set in particular was impressive, and by the end the crowd were on their feet hollering for more.

This year’s programme has UK and world premières, one-off events and something for every age and taste.