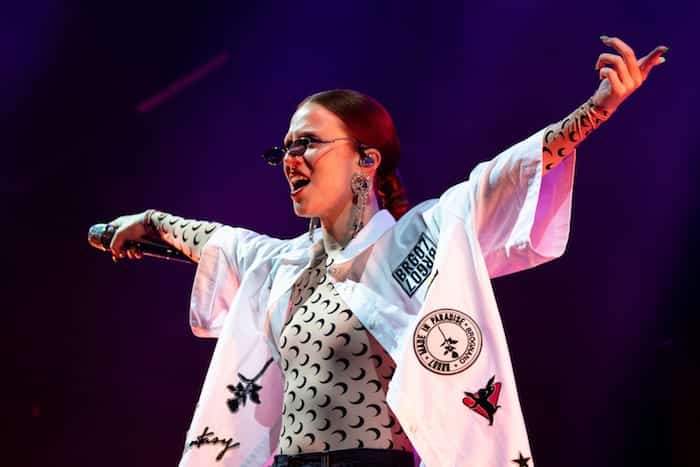 It was a Sunday eve. It was pelting down. But Jess Glynne was due on stage in half an hour and I wasn’t going to miss her.

The flame-haired singer was on the bill for the closing night of Forestry England’s Forest Live, a series of outdoor gigs in seven whimsical wooded locations. And its north-west shindig brought a serene pocket of Delamere Forest to life with three days of live music: Friday saw Tears for Fears take to the stage, Saturday, Paul Weller, and finally Jess Glynne on Sunday – all to rapturous applause.

Set against the scene-stealing backdrop of the forest’s lofty evergreens, the sell-out show was a refreshing family affair with a fascinating cross-section of people: there were the glitter-faced teeny-boppers; the fox-trotting couples on the fringes; the face-painted toddlers; back-flipping tweens; and the odd loose cannon roaming around.

Forest Live is the sort of festival you can bring all your family, perch on a picnic blanket and gaze at a stellar act performing just metres away. You can even take your own booze and food to make things lighter on the wallet.

But there are always going to be two versions of an outdoorsy festival: the dry kind and the wet kind. Well, I arrived to an onslaught of rain and mud. Poncho-wearing revellers were huddled together in circles, some feet up on camping chairs; others were twirling in the rain, knocking back frothy pints and miming to Nina Nesbitt, the support act. FYI – what a voice!

The Scottish singer had a tough crowd to warm up, some of whom looked pretty peeved off in the mudfest. But belting out her own tunes and soulful covers, such as Britney’s Toxic, did the trick.

At one point, rain was dripping off my hood and down my nose. But there’s often a moment during a mud-soaked music fest when the thrash of the rain recedes, the clouds part, and the whole place croons along to a stonking record.

And as the first strums of the hitmaker’s Hold my Hand tune boomed out, that’s exactly what happened: Jess appeared, there was an uproar of elation, and the rain stopped to every reveller’s delight.

The songstress has come in for some unfair flack recently, having pulled out of performing at the Isle of Wight festival following a full-on series of shows supporting the Spice Girls reunion tour.

Turns out she had a panic attack backstage. People need to give the girl a break. Like she pointed out on social media, she’s only human. And y’know what? Her return to the stage at Forest Live was a two-fingered triumph to any of the critics that blasted her no-show.

Strutting back and forth, Jess’ chemistry with her band, the backing singers and the crowd was profound. This is an artist at the top of her game – she stormed the show, belting out her tunes to ecstatic fans.

From the snapchatting teens to the grandads pulling out some serious moves, the whole crowd mouthed every word to her hits including Rather Be, Take Me Home, These Days, One Touch, No One and more, before a banging encore of Right Here and I’ll Be There.

It’s performances like this that cement Jess at the vanguard of the British music scene and that’s seen her rightfully gain a reputation as one of Britain’s best female artists.

Outdoorsy music lovers: keep your digits at the ready for next year’s bout of forest-frilled gigs – things are sure to be bigger, louder and more popular than ever.

Forest Live is just one of the many exciting highlights of Cheshire’s Where Science meets Nature campaign, a county-wide initiative championing Cheshire’s role in two landmark moments: the 100th birthday of the Forestry Commission and the 50th anniversary year of the Lunar Landings.