Review: JB Shorts 22 has “something for everyone to enjoy”

Real life Theatre Company is back with JB Shorts 22 after their last production, two years ago 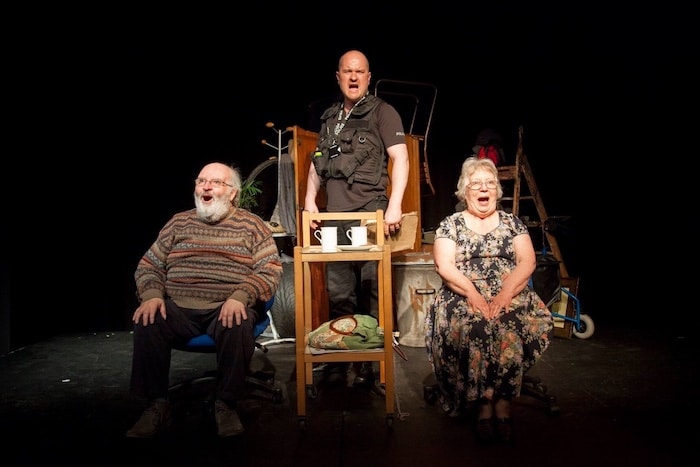 Made up of 21 cast members, 4 of which are new to the group, JB Shorts are here to present 6 new recent pieces of writing, each just 15 minutes long.

At 53two, you’re welcomed with blue haze lighting by Joshua Baker and a classical music tone designed by Kieran Lucas. The effect of this is a “cosy” dungeon-style feel.

The technicians’ choices create an atmosphere that stylistically invites us in to watch something that feels like, isn’t meant to be watched.

‘I Want My Britain Back’ is co-written by Zoe Iqbal and James Quinn and addresses political injustice head on.

The duo (played by Krissi Bohn and Rachael Gill-Davis) converse in their own heated way as passion meets ignorance creating a familiar irony that is unique to this work.

They act with a certain vigour that sets the tone intently, for the plays to follow.

The audience “favourite” requires a sense of humour and an urge to sing along. “To Be A Slut” is directed by Lily Levin and shines as an all round feel good play.

Some may say it deserves its own show. 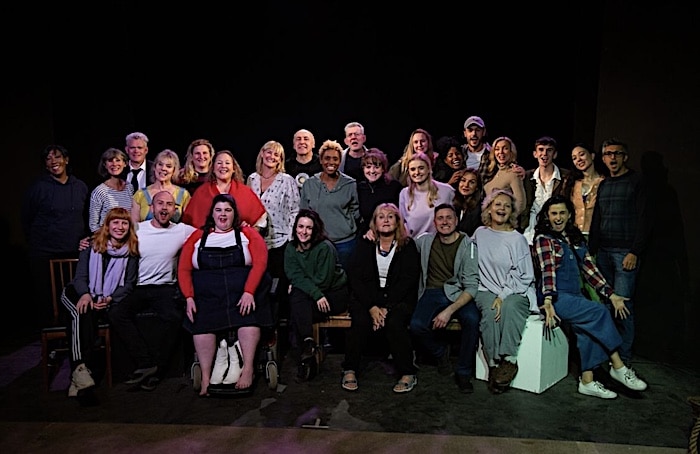 Steph Lacey stars in her own writing, and presents a refreshingly honest story of an incident, purely based on a misunderstanding.

The accompanying characters, so honestly played by Stanley Rawlings and Anna Swan capture the audience in their chaos and portray relationships that are refreshingly comical.

“The Looks Department” is one of a kind, and explores a hiring dilemma between co-workers.

Trevor Suthers’ writing is indeed relevant and is made to stand out by Elie Rose, the director, through dynamic movement which sets the mood for the piece.

The actors pull off believable, confident characters that emphasise the awkwardness of the script.

A play that speaks on history, written by Peter Kerry is “Recording History”. This is suited to those that enjoy a historical debate but also those that are interested in the drama that entails when three distinctly different characters interact.

A stand out in this is Alexander McGonagle.

Even with minimal movement around the stage, he manages to portray clear and true emotional reactions to the scene, through his face and simplistic body language.

“The Final Nail in the Coffin” is an imaginative play that takes inspiration from recent political affairs.

This piece of writing is light-hearted, playful and cleverly directed by James Quinn.

The conflicting acting styles between Domonique Ward and her fellow actors highlight the difference between the openness of a northern home and the strictly controlled mannerisms of a British news reporter.

Represented by the glowing fairy lights, “Five Women Rambling”, is a light at the end of the tunnel of tales and the great direction is clear from Cherylee Houston.

The way the women use the stage to show their setting is particularly effective. The actors, Nicola Gardner, Christine Mackie, Lynn Roden, Julie Edwards and Kerry Willison-Parry have a real sense of compatibility that is innocently heart wrenching.

The performance is executed delicately and there is no need to convince us of the truth in these characters, they are at home in the scene.

The set is minimally authentic, with a modern twist. This is fitting to the play because of how current some of the writing is. It references the fact that the play is accessible to a variety of people.

Although some pieces require more engagement than others, there is something for everyone. As for the theatre 53two, there is an undeniable and overwhelming sense of hospitality.

JB Shorts is at 53two until 22 nd October. Tickets can be booked here.