Review: a reframed The Glass Menagerie at the Royal Exchange Theatre 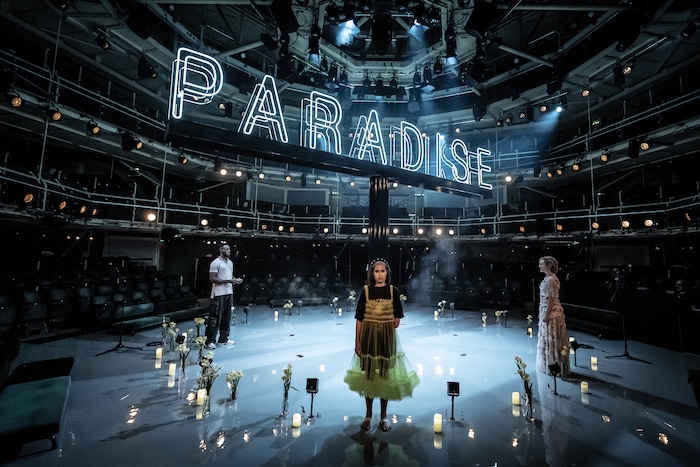 Atri Banjerjee’s production of Tennessee Williams memory play The Glass Menagerie was originally set to open in 2020. Then in March, with two weeks to go, we all went into lockdown and the plug was pulled.

The director says: “I think audiences are hungry for things that feel like experiences or events, rather than something they have seen before.”

So what we have here is a Glass Menagerie that has been reframed with modern touches, whilst still representing the experience of memory on stage, when given what we have been through, our own memories have become somewhat blurred.

This is a play that looks deceptively simple to stage, as it is so well known and the character of matriarch Laura Wingfield has been played by so many great actors, including Jessica Lange, Brenda Blethyn (here at the Royal Exchange) and Sally Field. But in an attempt to modernise and tweak the play, you can end up with something slightly pretentious and lacking heart, as proven recently in Jeremy Herrin’s West End production which featured a miscast Amy Adams.

We meet Tom Wingfield (played with aplomb by Joshua James) and he is our guide, as he looks back at his claustrophobic life with his family – his mother Amanda (the brilliant Geraldine Somerville) and his elder sister Laura (a modern interpretation by Rhiannon Clements) and this has new found relevance, considering our own experiences of being locked in and locked down.

Amanda has hopes and dreams for her two adult children and does not stop dreaming, even when reduced to selling third rate magazine subscriptions by telephone. These scenes are superbly rendered as Somerville speaks into a microphone and we feel as we are eavesdropping and the effect is funny but equally heartbreaking and poignant, as at the other end of the phone line, the recipient of these unwanted calls hands up, or disappears – just like her husband.

Laura is a shy and anxious young woman, who retreats to a world she has constructed which combines her two loves; her glass menagerie of animals and her beloved music. This music represents the looming figure of her absent father. If you are new to the play though, this is not always as clear as you would like. His picture is blank and therefore it is left to you to imagine what he looks like and the effect he has had on these lost characters, who feel left behind. Laura has a limp but in this production this is referred to, though you do not see this in the performance. You need it to see the literal effect, which becomes so magnified, it stops Laura from interacting.

Amanda worries about Laura and has never given up on the idea that she could get married. Enter gentleman caller, Jim O’Connor (Eloka Ivo) – a friend of Tom’s who works in the same warehouse.  Laura remembers him from school and this increases her anxiety. He is funny, charming and brings the light from outside and enables the characters to have some respite from the suffocating atmosphere.

Tennessee Williams’ writing here is steeped in symbolism and the effect creates a world of magic, which Tom refers to. But in this production, the father is blank, the Glass Menagerie sits on the ground, unassuming and barely seen if you are sat above the stage. The claustrophobia comes into its own when the family have meals together which always end in arguments, here though there are no tables, so everything is implied.

Lee Curran’s striking lighting design does draw you into the narrative and puts a spotlight on this family and their woes. At times it is harsh and others delicate, reflecting the ever-changing moods and the shifting sands of time and memory.

Anthony Missen’s movement brings humour and plays with the concept of wistfulness as Laura and Jim dance without barriers. At times this does feel more like Johnny Castle teaching Baby some Dirty Dancing, more than simply dreaming of a better life. But it does make you smile and when the actual dance takes place, it is incredibly poignant.

Some additions do jar, the use of Whitney Houston’s Moment in Time and Laura’s Walkman and modern dress make her look more at home in the world of Footloose than this memory play. Rhiannon Clements imbues her with fragility in the second half, but the direction means she has no limp and is not as birdlike in movement as she is described.

Joshua James embraces the complexity of Tom and his late night ‘cinema visits’ and he fights with intelligence and frustration. Geraldine Somerville is superb as the southern belle who talks about her past, as if it is her present and you cannot take your eyes off her. Eloka Ivo brings out the humour of the piece, at a time when you need it, although some of the heartbreak seems diluted.

The beauty and grace and Tennessee Williams’ language remains intact, and the actors all deliver that with poise and respect. This is an interesting production and it has moments of magnificence but in its unrelenting quest to be different, some of the meaning is as lost as the characters themselves.

The Glass Menagerie is at the Royal Exchange Theatre until 8th October. For more information and to book tickets, click HERE.