When I first heard that there was going to musical featuring the songs of Bob Dylan, I hoped for the best but I could not help but think that maybe it was one jukebox musical too far. Playwright Conor McPherson felt the same when he was asked to pen the story, which came from Dylan’s record company.

Then when you sit and think about it, Bob Dylan is the ultimate storyteller his work has been covered by the likes of Adele and Bryan Ferry and his songs are timeless. Weeks after the call, McPherson started to map the outline of this play with songs, setting it in Minnesota (Dylan’s birthplace) and set during the early 1930s against a backdrop of the depression.

Girl from the North Country is described as a ‘conversation between the songs and the story’ and that is essentially what you have here. There is natural beauty and grace, which makes this stand out in a crowded market filled with artists’ back catalogues at theatres everywhere. There is something refreshing and intelligent at play here and this marriage of McPherson’s wonderfully rich writing and the stirring lyrics of Bob Dylan means that you are left with something unique and stunning in its apparent simplicity. 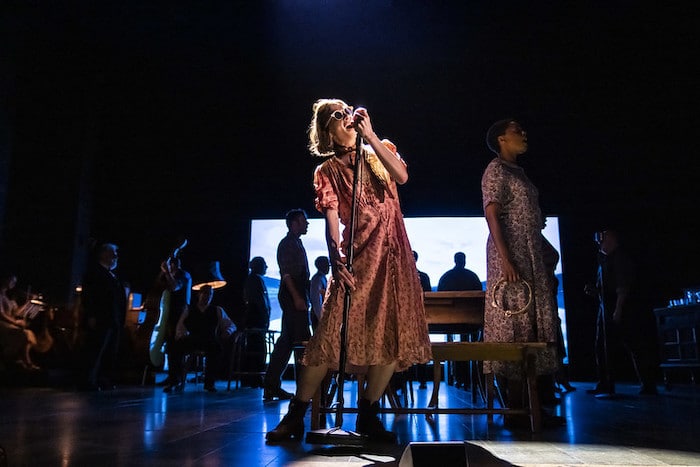 If you have seen Conor McPherson’s multi-layered hit The Weir, you will know that this writer knows how to weave several strands together, leaving you with well-rounded characters with fascinating stories to tell. He does it again here and the music of Dylan compliments this and offers them a voice when society has silenced many of them.

The setting is an old boarding house and it’s run by a tired man called Nick Laine, who is struggling to take care of his ill wife, alongside the needs of his guests. Colin Connor perfectly conveys the inner struggle that Nick is going through; the juggling act and sense of disappointment and the feeling that he is literally ‘clinging on.’

Frances McNamee plays his wife with a real sense of mischief and unpredictability and when she sings, she gives a showstopping performance which is a masterclass in how to reign it in and save the best until last. Her vocals are like honey and they soothe your soul and break your heart simultaneously. 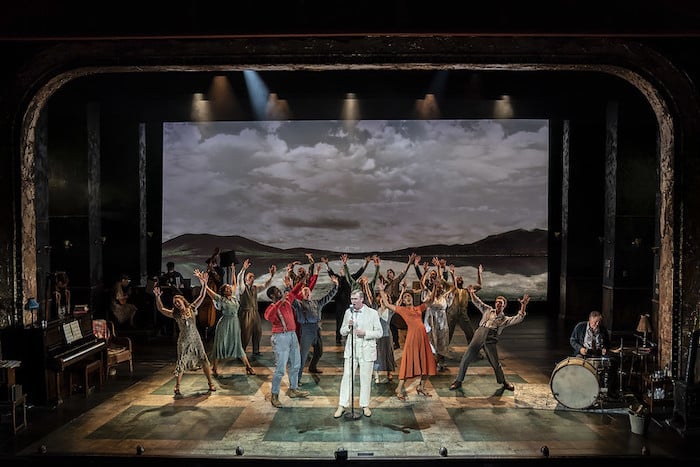 Marianne (Justina Kehinde) helps out at the guesthouse as a duty, as she was taken in by the Laines as a baby. But she has her own troubles. She is pregnant and her father is keen for her to be married off – to remove the financial burden and shame. His biological son is an alcoholic wannabe writer and is so stuck that he cannot help anyone else. Meanwhile, Mrs Neilson (Nicola MacEvilly) is waiting for money from her husband’s will so that she and Nick can run off together.

With the cost of living crisis, the effects of Covid and the nation’s grief following the death of the Queen, this is theatre which has so many relevant strands – which speak to audiences right now. It is not maudlin or depressing, it grips you and the sheer inventiveness leaves you in awe.

You are reminded of old American radio shows, such as the Prairie Home Companion, as each character sings to the audience into an old microphone and the songs never interfere with the high drama, they work alongside it, and the effect feels as if you are hearing these classics for the first time. 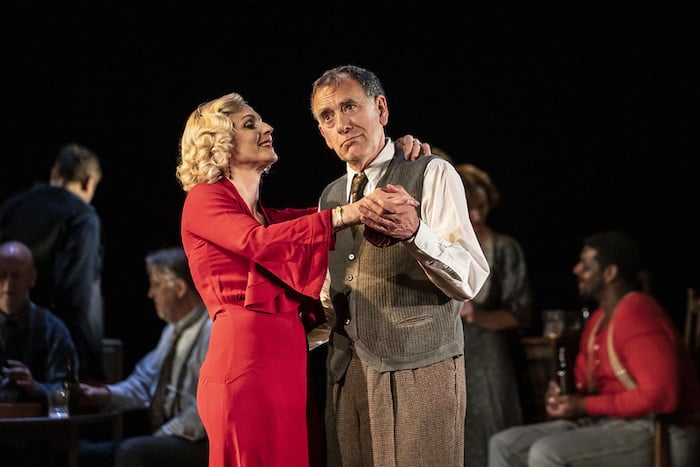 The performances are everything and there is no weak link here. Justina Kehinde conveys Marianne’s awkwardness beautifully and she keeps her secrets within with real ease and she is so natural on stage. Nichola MacEvilly presents Mrs Neilson as so much more than ‘the other woman’ – she has a heart and wants to be loved and her vocals highlight this too.

Joshua C Jackson plays the newcomer to the guesthouse with a real sense of mystery and calm and his is a towering turn because of his stage presence. I loved his scenes with Justine Kehinde.

Owen Lloyd makes his professional debut as bible seller Elias Burke and he plays it perfectly, in all his desperation. Gregor Milne is excellent as the helpless Gene Laine and Rebecca Thornhill also impress as Mrs Burke; a woman devoted to her son Elias – played by Ross Carswell who is a real find, again making his stage debut.

The ensemble fills the stage and vocally give this show so much in terms of gospel and folk, providing the show with the feel of an instant American classic. No song is wasted but Like a Rolling Stone and idiot Wind really stand out, as they elevate the drama and provide so much emotion in minutes. 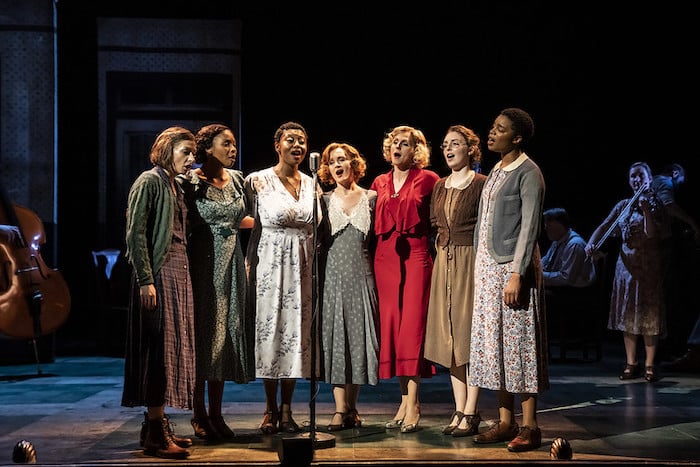 Conor McPherson has crafted a superb piece of theatre and you almost run out of superlatives. The music is sweeping and heartfelt and the central plot strands involve you at every turn. Girl from the North Country is as raw and poetic as a Bob Dylan song. There is only really one word to describe it; flawless.

Girl from the North Country is at The Lowry until 24th September and can be booked here.