The film Flashdance was pure hokum. In case you haven’t seen it, it was about Alex, a welder, who dreams of becoming a dancer to prove all of the doubters in her life wrong. And that was it.

But, like many films from the 1980s, it has many scenes which you’ve probably watched on repeat so many times on VHS that you need to hit your tracking button to stop the screen from blurring.

These include the one with Alex, a chain, some water, and a welding visor being lifted to reveal….. a woman! See Shrek 2 for the perfect homage.

Yes, this was the 80’s, complete with cords, leg warmers, sweat bands, and questionable gender politics. 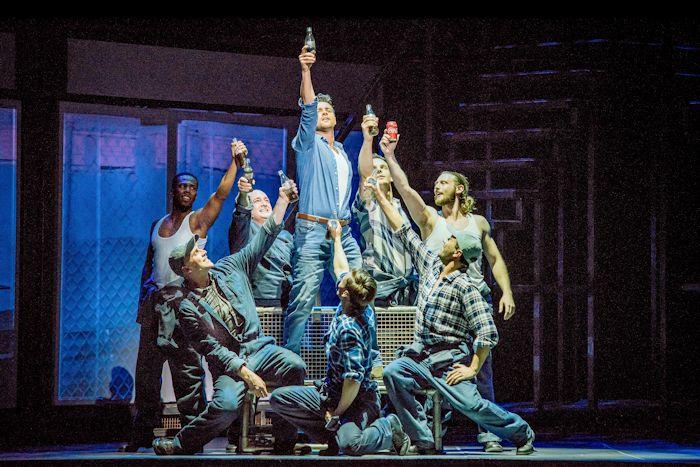 This is perfect casting. If you caught her on tour in Thoroughly Modern Millie last year, you will know she is a triple threat. She can sing, dance and act. Coming from a show which focuses on the celebrity, it’s nice to see a star emerge, based on their incredible talent.

The great thing about Clifton is the fact that she can seamlessly deliver some marvellous moves and sing straight after without missing a note.

She gives Alex a feisty, yet vulnerable quality and has genuine chemistry with a1’s Ben Adams as Nick Hurley, her boss/lover.

But this show is driven by female performances, which give it the power to soar. Sia Dauda, Hollie-Ann Lowe and Demmileigh Foster all shine as a Greek-style chorus of friends who witness Alex’s quest to dance for a living. 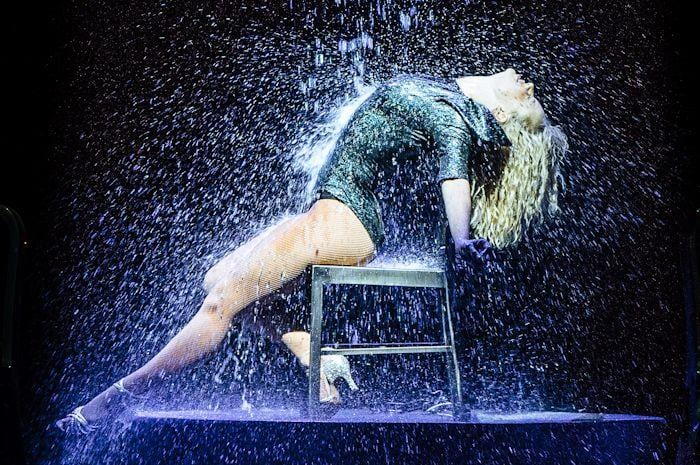 At times, Matt Cole’s choreography seems like an aerobics class as it focuses on athleticism, and Alex’s audition feels too short, leaving you wanting more.

But when he is in control of a group dance, it leaves you breathless, particularly in the second act.

Robert Cary and Robbie Roth’s original songs work alongside the likes of What a Feeling and Maniac, and sound like those in the musical adaption of Ghost. There are moments when the plot slows down, as there are too many ballads.

But Dauda, Lowe and Foster could sing a Wikipedia page and bring it to life, as they have the sass and vocals to carry it off. 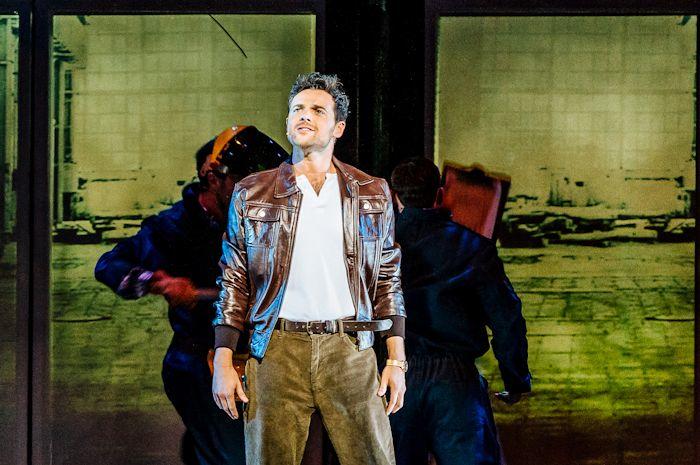 The cheese you remember from the film remains, even though the stage version is slightly more earnest than the movie. However, it has a knowing glint in its eye, fully aware that the audience want to dance like maniacs to the song of the same name by Michael Sembello.

Losing twenty minutes would make this show more streamlined, as there is too much padding. The tale of Alex’s BFF, Gloria, who takes a walk on the wild side in her quest for fame, is lost in the mix, which is a shame, as it contrasts with Alex’s fortunes perfectly in the movie.

But when you pay for a ticket for a show called Flashdance, you want to see people dancing like they’ve never danced before. And Clifton leads from the front, but also allows the likes of Alex Christian (another mighty mover) to shine in a superb supporting cast/ensemble.

So put on your headband, pack your Walkman and mix tapes, take your passion, make it happen. Scenes from the film will come alive, and this brilliant cast will dance right through your life.