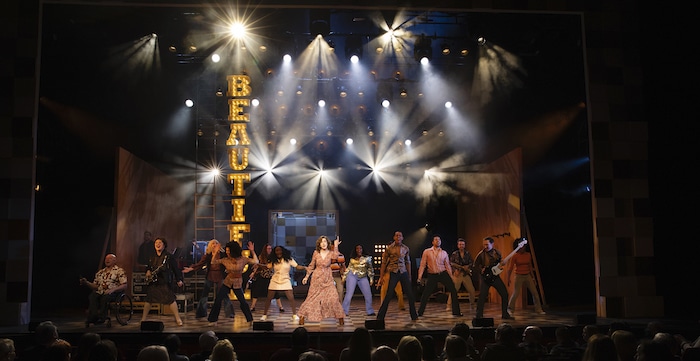 Beautiful tells the story of Carole King’s astonishing life story and her incredible rise as a singer/song writer.

This jukebox musical showcases the golden era of the 1960s music scene, which music geeks are going to love.

The show starts during King’s childhood, which displays her early life living at home with her mother.

A single parent who attempts to convince her to pursue teaching, rather than follow her dream of song writing.

Quickly into the show Carole meets her first husband Gerry Goffin (played superbly by Tom Milner), from then its quick to see the pair are song writing geniuses already in their teens.

The show highlights just how many hits the duo have written together, including ‘Will You Love Me Tomorrow’, ‘Up On The Roof’, ‘Locomotion’ and many more classics which would be impossible to mention in this review without taking up most of the page. 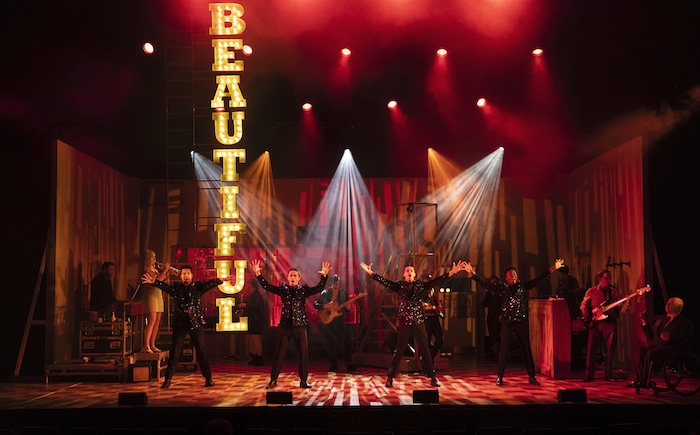 This production does an excellent job of transforming the classic tracks to the stage, by using an ensemble cast of actor-musicians who play live music to accompany their performances.

Molly-Grace Cutler shines in the role of Carole King, capturing the quirky yet resilient elements of the character whilst conveying her vulnerability and strength during the breakdown of her marriage with Goffin.

Cutler beams in the lead role with a euphonious voice which skilfully manages to never feels like a tribute act. 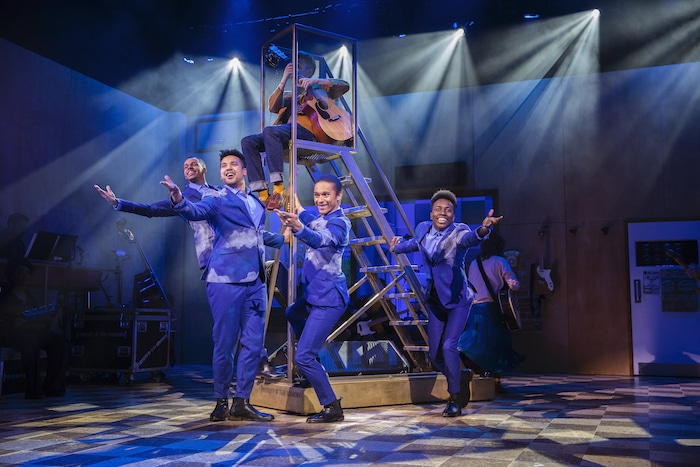 Her onstage chemistry with Milner is evident and their friendly rivalry with fellow songwriters Cythia Wild and Barry Mann is also very enjoyable – especially when you get to see the duos compete to have their songs selected for huge Pop groups by Donnie Kirshner.

Predominantly the show is set in the famous Brill Building in New York, which is reflected on a set that works well in immersing the audience into the studio.

The pacing of the show does feel slightly too quick in parts, but this is to be expected when consecutive hit singles are being performed, and it would be just criminal in my opinion to leave even one of those songs out. 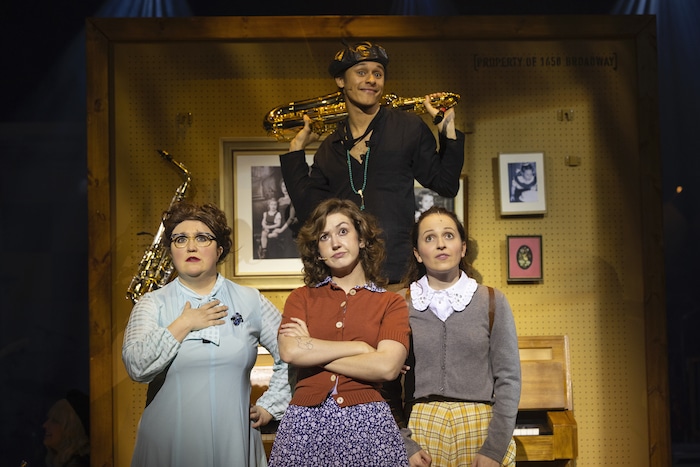 The narrative follows Carole King’s life as a daughter, mother and songwriter up to her transcendence as a singer when she moves to Los Angeles.

One of the main strengths in the show is the backstory the narrative provides to some of Carole King’s songs.

The heartbreak and love lost which is seen in the story will add emotional depth to many songs you may have been singing for years.

The show certainly guarantees a standing ovation with a talented cast, great story, fantastic choreography and a chance to dance away to some classic hits.

It serves not only as a fantastic tribute to Carole King, but also a perfect music history lesson as to what makes her songs so good even all these years later.

Beautiful The Carole King Musical is at the Palace Theatre until 15th October. For more information and to book tickets, click HERE.