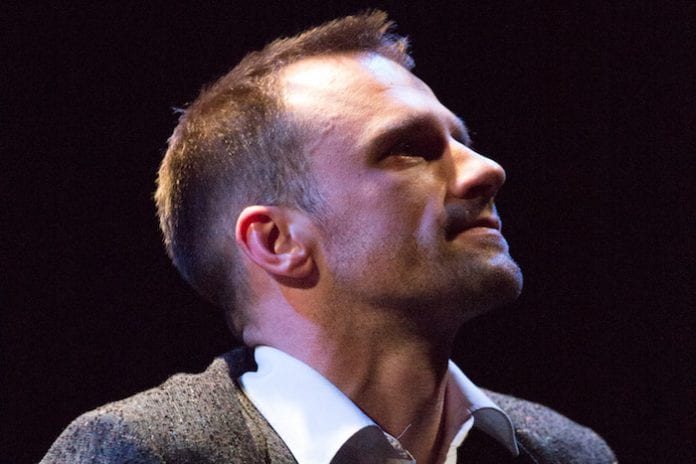 Kathrine Smith’s poignant play focuses on the lives of two gay men who quietly fight for the right to exist, live and love when society forbids them to do so. They live in the shadows, and if their secret is exposed, it could have drastic consequences.

But how can you stop yourself falling in love?

Bobby, a wide-eyed optimist and a romantic played brilliantly by Ciarán Griffiths, longs for the day when he will be accepted and this drives him forward. He enjoys going out and loves his job at Woolies, particularly when his boss allows him to work on the record counter.

Ralph’s dreams are quite different. He longs to teach and is more tentative then Bobby, as he is worried that if his true self is revealed it will stop him working with children. 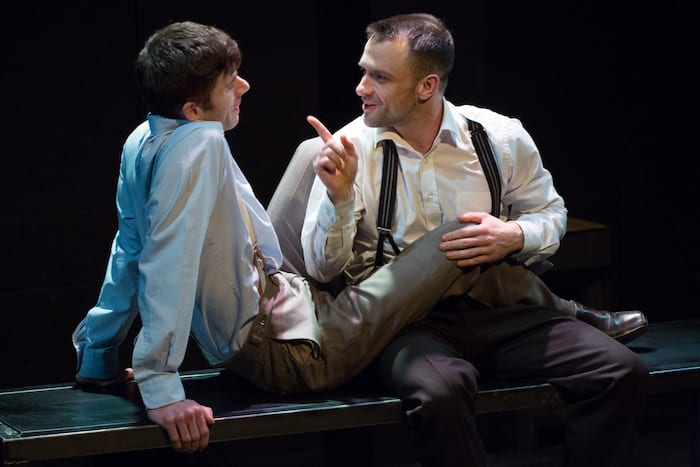 This beautifully written and performed play is set in 1967, and it reminds you how far we have come.

But, in a world of aversion therapy, police brutality and fear of being disowned, you are also reminded that the world at large is not quite the same as the UK, and even we still have some way to come before true equality exists.

What is wonderful about this play is the variety of emotions that are explored and the fact that it is far more than a static history lesson.

As you watch, you become so involved in the loves and lives of these two men. In part this is due to Smith’s honest writing. But the performances get right underneath your skin, because they are heartbreakingly real. 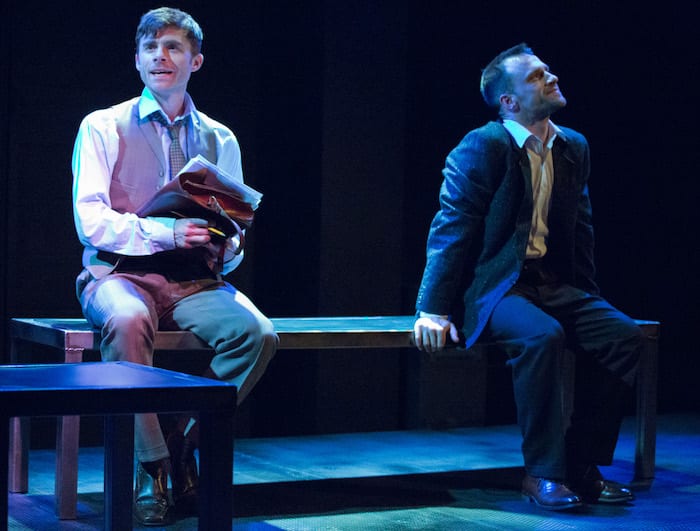 Ciarán Griffiths has a swagger when he first steps onto the stage, but you soon realise that his Bobby is a man who longs to be loved and accepted.

Once he falls for Ralph, his performance becomes as multi-layered as their love is secret. But Bobby wants to shout about it as he is deliriously happy.

Christian Edwards has a tough job, as Ralph has learned to be reserved so that others will not know who he really is. But where this actor excels is that when he and Bobby are together, he has to remove society’s shackles and explore who he really is.

For a play which is exploring something so serious, there is a great deal of humour. And much of this comes from Bobby and Ralph’s chemistry, as they are meant to be together. So their interplay together is filled with naturally funny moments. 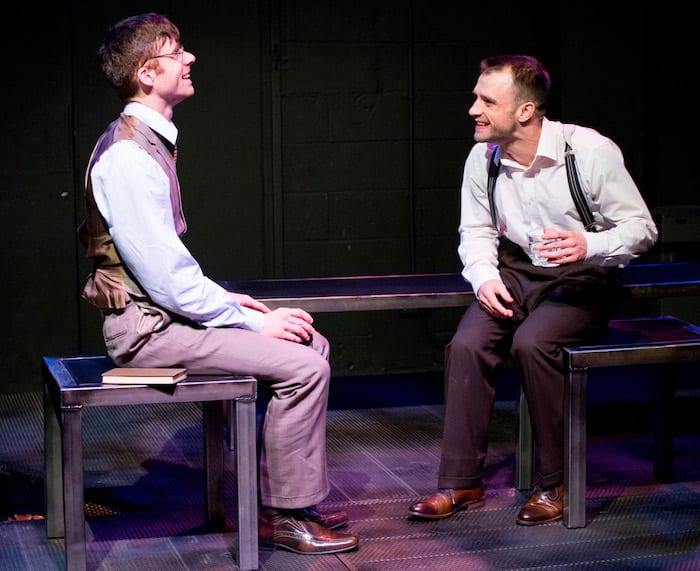 When Bobby becomes more confident he starts to call Ralph “Flower” and he speaks Polari, living his life in code but with an unapologetic strut.

Ben Occhipinti’s production is beautifully drawn, and you feel like a fly on the wall as these two star crossed lovers climb over obstacles in order to stay together.

It does not shirk from the realism of the situation, either. If these two are found out, the consequences are bleak.

Charlie Morgan Jones’ lighting is significant, highlighting changes in mood and the many different arcs within this relationship.

All I See Is You is just over an hour long, yet it manages to move you, make you smile and educate you. And these two perfectly pitched performances mean that you see Bobby and Ralph, two of many men who sadly learned to live under the radar just fifty years ago.

All I See Is You at the Hope Mill Theatre until 1st June. 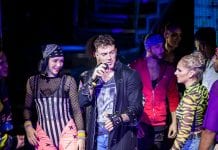