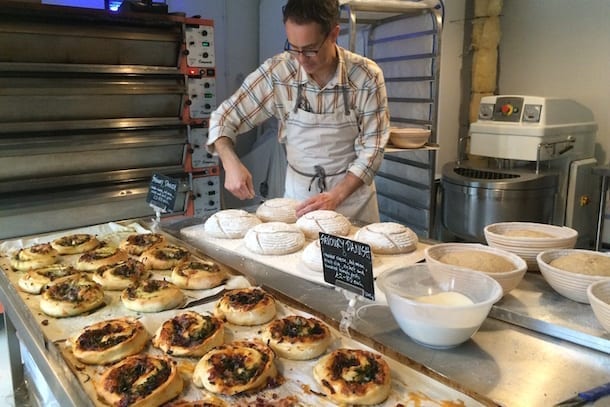 If your only experience of buying bread has been at a supermarket, you’re probably asking what is ‘real bread’ and how does it differ from your normal loaf.

“Real bread has one really special ingredient – time,” says Russell Goodwin, the man behind Campanio Bakery, a community-supported bakery in Ancoats whose innovative plans are set to come to fruition this July after raising £30,000 in loans from the public.

“My bread takes 16-24 hours to make, and that’s the key difference between small and medium sized bakeries and the bread you find in supermarkets.”

Unlike our European neighbours, we tend to buy bread as part of a rushed groceries dash once the working day is done, and that’s why Campanio’s stalls at Victoria/Salford Central have proven so popular.

“People are in more of a hurry these days, so the fact they could pick up quality bread on their commute home has meant they have stuck with me on this journey.”

Russell asked supporters to invest in the business by making Bread Loans available – £1,000 or £2,000 for 3, 4 or 5 years with the interest paid in bread or a bread-making course.

“People who have supported me from Ancoats and Salford/Victoria Central have become ambassadors for the bakery with some people insisting the bakery keep their money rather than pay it back over time – it’s been a much more exciting journey than simply going to a bank.” 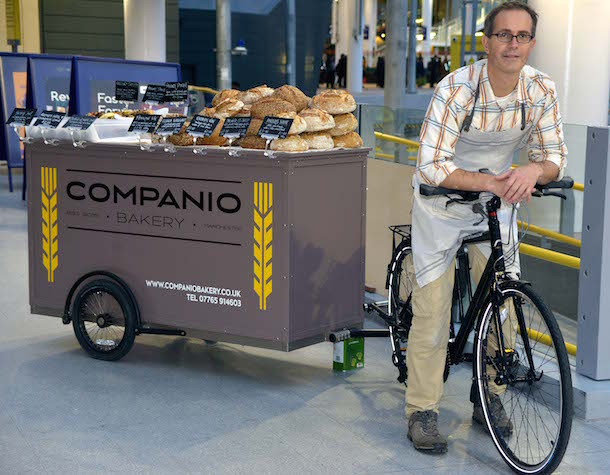 The Real Bread Campaign has been pivotal in not only setting up courses, like the one that Russell completed but also acts as a platform to talk about what ‘real bread’ actually is. “When you’re a small artisan baker, it’s nice to be able to communicate and keep in touch. The campaign promotes our aims and encourages conversation”.

Campanio are looking to open their Ancoats unit in July, coinciding with their first birthday as a bakery. And in keeping with the neighbourhood feel Ancoats is becoming known for, Russell will be working with fellow slow bread champions, Rudy’s Neapolitan Pizza.

“I will soon be creating Companio Bread Club where any pre-ordered and pre-paid for bread will be left at Rudy’s, to be collected in the evening at the customer’s convenience. I am also eager to teach others about the art, craft and science of bread-making so will be starting to run breadmaking courses early next year.”

Real Bread is still something of a luxury in Manchester and has a long way to go before it even comes close to the convenience of a supermarket but independent bakeries like Campanio are flying the flag for Real Bread.

As it’s #RealBreadWeek, why not make an effort to buy locally and find out what the movement is all about.