Over 80 pugs dressed as bumble bees will walk through Clayton Vale Country Park on Sunday accompanied by their owners to raise funds for a memorial to the 22 victims of the Manchester Arena bomb.

It’s being organised by Manchester Pug Thing, a group of pug lovers which started in October last year and now has almost 700 members.

“With this being the anniversary of the attack, I thought it would be a lovely thing to do,” says Jakki Rose, 45, the group’s co-founder.

The group includes some of the family and friends of some of the victims, and they’ve welcomed the idea, says Jakki. 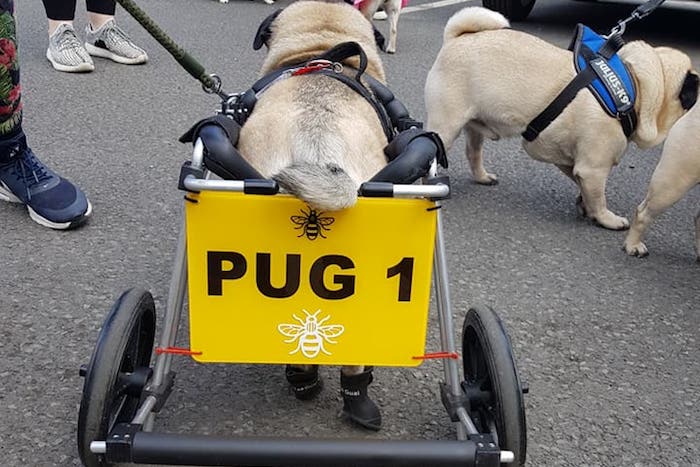 “I spoken to Olivia Campbell’s mum who was absolutely overwhelmed by it. She said Olivia would’ve loved it. She loved pugs, she would’ve had a house full and Natasha [Peters], another group member, has been in touch with Martyn’s mum, who also loved the idea. She makes teddy bears and she actually donated one to be auctioned off at the event. We’ve been selling raffle tickets during our pug walks on Sundays. We’ve already raised £655.”

Local businesses have also got involved in the initiative.

“We’ve had James Martin restaurant donating champagne afternoon tea, Aldi donated a crate of champagne and some chocolate and we also have a signed Manchester United football shirt and a booze hamper. 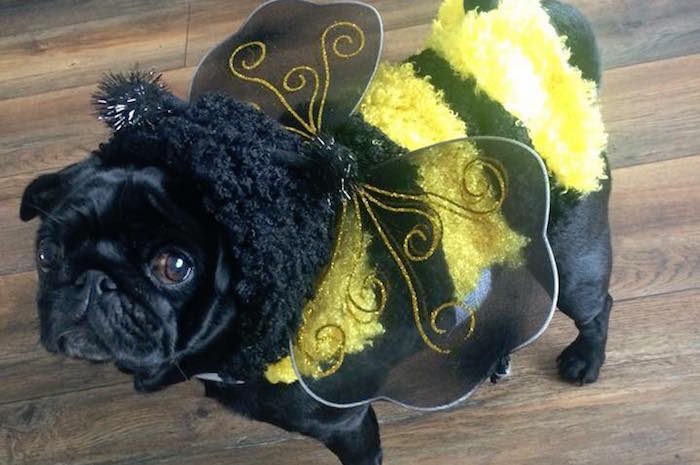 Jakki added that they are currently working with the council to build a memorial in the park.

“We have some ideas of our own but we need to work with a memorial organisation now.”

The memorial walk will start from Clayton Vale at 12pm on on Sunday May 13, with the group members and their four-legged friends stopping at a local café where the auction will take place.

“I just want to say a massive thank you to everyone who’s donated so far,” says Jakki. “We are very grateful for all the support.”