Tickets for the premiere of Red Rose will be allocated by random draw, with 70% of the tickets going to BL postcodes 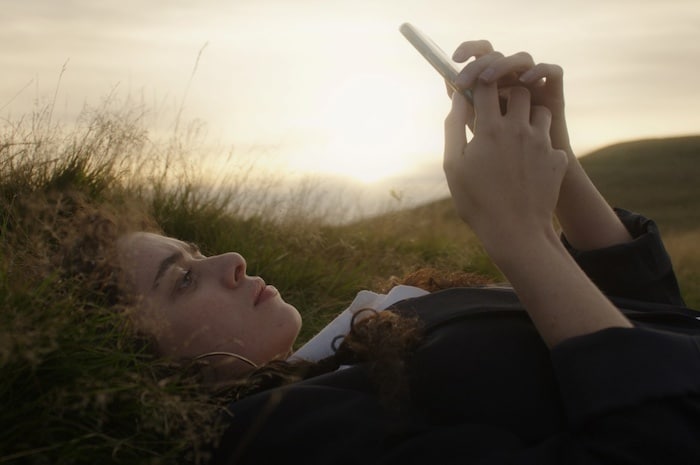 Horror fans are in with a chance to attend the premiere of BBC Three’s Red Rose – a new series which explores the relationship between teenagers and their online lives.

The event is taking place at The Light Cinema in Bolton and includes a feature length preview of the first episode of the series produced by the multi-award-winning production company Eleven (Sex Education, Glue, The Enfield Haunting), followed by a Q&A session.

Tickets will be allocated by random draw with 70% of the tickets going to BL postcodes, 20% going to Greater Manchester postcodes, and 10% going to the rest of the UK.

Set and filmed in Bolton in the long hot summer following GCSEs, our heroes’ friendships are infiltrated by the Red Rose app, which blooms on their smartphones, threatening them with dangerous consequences if they don’t meet its demands.

The app exposes the group to a seemingly supernatural entity and the seductive, terrifying power of the dark web.

Red Rose is ultimately a story of friendship, told through the prism of a classic horror-thriller.

Following the screening of the first episode, guests can hear directly from the Clarkson twins – Michael and Paul – and the cast during a Q&A session.

Earlier in the day, the Clarkson twins are also offering budding script writers an insight into the making of the brand new BBC Three horror.

Hosted by BBC Radio 1’s Katie Thistleton, this masterclass offers a unique opportunity to hear from Michael and Paul about their careers and how to get started in script writing. Register for tickets by emailing youngreporter@bbc.co.uk.

“We’ve had the amazing opportunity to work in LA, but Bolton is our childhood home,” say Red Rose creators, Michael and Paul Clarkson say.

“We wanted to showcase the town that made us, and explore the key issues facing young people today.

“Working with the BBC to bring this genre-led story back home to Bolton, and using our experience from The Haunting of Bly Manor, has been well good!”

Nawfal Faizullah, Executive Producer for the BBC, says: “This show was crafted with its people and location in mind, so it’s an honour to be able to showcase the amazing talent of the Clarkson twins in their home town, and to present the brilliant horror of Red Rose in Bolton first.”

The new eight-part series is due to air on BBC Three and BBC iPlayer on 15th August.

To be in with a chance of attending the premiere on Tuesday 9th August, apply for tickets on the BBC Shows and Tours website. You can register at any time until 10am on Thursday 28th July.