This play about domestic violence demands to be seen 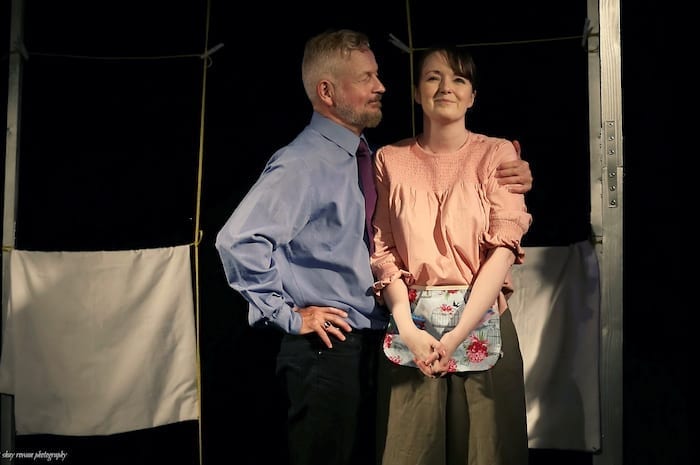 There’s a difference between a play you should see and a play you need to see. Forever Changes falls into the second category.

It was when the production drew to a close and the lights went down that I turned, semi-stunned, to the person in the seat next to me, and saw not only the tears glistening in their eyes but a little more humanity, a little more complexity.

Forever Changes focuses on themes of domestic violence and the cycles of abuse which may underlie so many of the relationships we take for granted around us.

Written by Dave Jones and directed by Craig Sanders, the production team worked with Manchester Women’s Aid to ensure accuracy and to help raise awareness of domestic abuse.

It follows the story of middle aged Eleanor Morell, her husband Joe, and an investigation into their life together in an intense 60 minutes.

The play opens with Eleanor reflecting on her marriage. Perhaps it is because the fast-paced plot and character connections unfold in front of us, that the audience is lured into almost accepting what is happening.

How could a woman who says, with eyes fixed on the audience, that she ‘loves her husband to bits’ not mean it?

A remarkable aspect of the production is that the two actors portraying Eleanor and Joe also play inspectors working on the same domestic abuse case. It sounds confusing but the skill of the actors makes the transitions obvious.

As actor Adrian Palmer moves from portraying the abusive Joe to assuming the role of a gruff chief inspector, what we see shared between the two characters is an experience of violence.

Palmer’s use of expression and intense stare shows two men haunted by their pasts. The difference is in how they deal with it. The inspector uses his experience of abuse in his own family to go on to try and help others.

We see Eleanor change from a woman with a job and friends to someone who is isolated and beaten. But no physical violence takes place in front of us.  It is a combination of staging and sound which drive home the point that we do not have to see abuse for it to be taking place, and deeply unacceptable.

But what really draws the two unfolding plots and pairs of characters together is the use of a live soundtrack, created in the corner of the stage by composer Deane Smith. Using a guitar and layers of feedback, it combines with Rosie Burgess’ lighting design to add dramatic intensity. It’s beautiful on the surface but uneasy underneath.

It strikes deep and, sitting under the arches at 53Two, it created an intimate, intense performance.

Forever Changes is a stunningly atmospheric production which will speak to your humanity. It asks questions like what makes someone guilty and another innocent, what is compassion and what is control?

And one thing it crucially highlights, as the light bursts open the emotion in Eleanor’s eyes in the final moments, is that abuse not only changes a relationship, but changes so many others as a result. See it and be changed yourself.

It’s on at 53Two until 22 July as part of The Greater Manchester Fringe festival.