Pilot Light TV Festival: the joy of just watching great telly with others 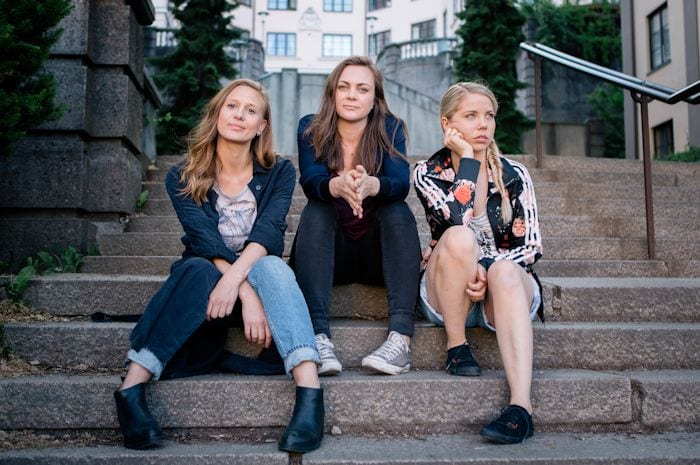 A long, long time ago, in a galaxy far, far away, television was the new kid on the block. It can sometimes seem like ancient history. A land before colour, a lawless frontier where corrupt politicians cancelled free school milk and an entire nation’s culture could be encapsulated in three channels.

But with the dawn of the internet came progress. YouTube, Sky, Netflix, BBC Iplayer, Amazon Prime and more – and that’s without mentioning any of the less-than-legal avenues open to us.

More than ever, we control what we watch. But many of us are starting to realise that instead of tearing down barriers, this type of consumption creates them, constructing our own little bubbles of content that isolate us from everyone we know.

But Manchester is heading back to the good old days with the Pilot Light TV Festival, a four-day celebration of all things televisual. You may be familiar with their past exploits. PilotLight Season 1, the Holiday Special screening the team did over Christmas or the Lonely Island Season at Gorilla. The Pilotlight Team, headed by festival director and Manchester’s all-round main man for independent media Greg Walker, are at the front line of Manchester’s explosive film and television scene. They may not be creating content but they are true connoisseurs of culture, and meticulously arrange screenings so the rest of us can enjoy it too.

Season 2 of Pilot Light features an eclectic mix of television shows from a variety of wellsprings. Do you secretly want to be Don Draper, suave and suited, telling everyone that it’s toasted? Pilot Light are revisiting the first ever episode of Mad Men on the big screen to celebrate its anniversary.

Are you crazy about moody European dramas like The Bridge? Pilot Light is premiering Professor T, the newest name in Belgian crime drama. Never one to shy away from controversy, the festival will also be airing Sugar Rush, an international Emmy-winning show about the sexual non-exploits of a fifteen-year-old lesbian, followed by a Q+A from up-and-comer Olivia Hallinan.

And the final slot of the festival, not counting the explosive ending, is given over entirely to a showcase of independent television pilots, including Life in Black, a dour comedy featuring Liam Neeson and a whole host of other indie TV projects.

It’s a festival focused on togetherness, about taking off our blinkers, putting our mobiles down for five minutes and just enjoying watching TV with others. Take your girlfriend, take your boyfriend, take your nan. There’s a bar, there’s TV and there are rooms full of other people who like those things too. And as a bonus, the festival is also stuffed with Q+A’s, given by both the stars of specific shows as well as industry professionals teaching those interested how to get involved.

The festival takes place 4-7 May at Manchester’s illustrious HOME theatre. The full festival line-up is available at www.pilotlightfestival.co.uk. Tickets are available here.