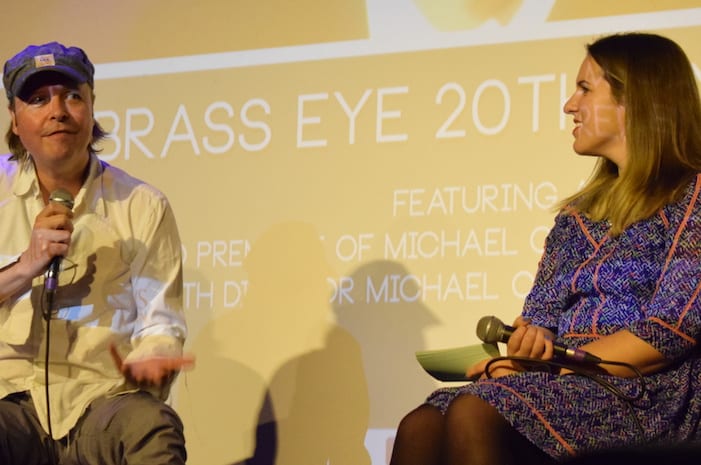 We Brits love our telly – and Manchester is no exception. In fact, we used to love TV so much that during Corrie ad breaks or at half-time during England matches, the national grid would get close to overloading because everybody was busy flicking on the kettle and flushing the toilet at the exact same time.

These days, however, you’re less likely to watch Emmerdale with your grandparents than you are to livestream Geordie Shore alone in your pants, mainly thanks to the rise of video streaming services like BBC IPlayer and Netflix.

And while it’s true that we have been given a wider televisual selection than ever before in the course of human history, it also feels like a little bit of that Saturday night magic died when the iPad arrived in our homes.

But three brave Mancunians have stepped up to give our city the communal watching experience it needed.

Greg Walker, Pilot Light pioneer and master of Manc media, breathed life into Manchester’s HOME cinema when the festival debuted last year, creating a friendly, fun atmosphere to watch TV together as well as engaging with experts and actors as they talk about the shows we all love so much.

It was small, sure, but meeting real writers and producers proved more interesting than watching their shows through your phone. And it grew even more this year following the arrival of fellow Mancs Adam Jackson and Dan Mills, both of whom teamed up with Greg to bring an even bigger and better show to the people of Manchester.

Spread across HOME, Manchester Central Library and Gorilla, this year’s Pilot Light boasted a whole cadre of events, from panels on becoming a digital creator to Q+As with actors, writers and directors, including an in-depth look at the UK’s newest international TV platform, Walter Presents, a Channel 4 initiative trying to bring international shows like Spanish prison drama Locked Up to the UK.

And although Friday brought the audience The Year of the Sex Olympics, a rarely seen 1968 sci-fi drama that eerily predicted the rise of Big Brother thirty years in advance, the undeniable highlight of the night was the ten-year anniversary screening of Mad Men, the stylish 1960’s period drama focused on the times and tribulations of Don Draper, followed by a roundtable panel featuring Dr Kirsty Fairclough from the University of Salford, pop-writer Aisling O’Conner and Dr Karen McNally, from London Met.

Although it’s nearly impossible to top such a festival highlight, the directors pulled through by giving Saturday’s spotlight to Walter Luzzolino, the man and name behind Walter Presents.

Tasked with finding the best international television in the world, Walter introduced the Pilotlight audience to Young and Promising, a twenty-something life drama from Norway that Walter describes as ‘Scandi-sassy’ and Belgian crime drama Professor T, which can best be described as House+Monk-America.

Once again, though, the Pilot Light team saved some of the best till last with a back-to-back screening of the first three episodes of Sugar Rush, the British pro-LBGTQ teen drama that served as a call-to-arms for gay British youth in the early 00’s, followed by an in-depth, engaging Q+A between journalist Emma Bullimore and the show’s charismatic star Olivia Hallinan.

But it was Pilot Light’s final day that really went off with a bang. On Sunday, the team packed Gorilla’s screening room by hosting back-to-back screenings of cult favourite Brass Eye, the satirical news show that led the Daily Mail to call Chris Morris ‘The Most Hated Man in Britain’.

Don’t get me wrong, it’s an amazing show, but by itself it could have been a little underwhelming. However, immediately after the screening, the audience were given exclusive access to Oxide Ghosts: The Brass Eye Tapes, a world-exclusive documentary created by director Michael Cummings from the tapes that were deemed too rude for TV, followed by a Q+A with the man himself.

Answering questions on a range of topics from making TV in the nineties compared to today and the now infamous ‘Grade is a c*nt’ Easter egg, Cummings’ Q+A was the highlight of a festival that had already blown away attendees.

Clearly, Pilot Light TV festival has found its legs this year, filling seats and cramming its schedule with fantastic content and inimitable talent. Looking at how much Greg, Adam and Dan have built in such a short time – and with rumours of more between seasons developments – every Manc should keep their eye out for what promises to be a sold out third season. I can’t wait.