You’ve got the turkey, the mince pies, the mulled wine and the cheesy jumper. Now what about a show?

It’s still not too late to grab tickets to some of the city’s best theatre performances and pantomines showing this festive season.

Here’s our round up of the ones not to miss:

Chronicling the American singer-songwriter Carole King’s rise to fame, Beautiful is bursting with sing-along classics including (You Make Me Feel) Like a Natural Woman, Locomotion and  You’ve Lost That Loving Feeling. After a triumphant two-and-a-half years in London, the Palace shows will be something of a homecoming gig for Macclesfield actress Bronté Barbé, who takes the lead role of King. 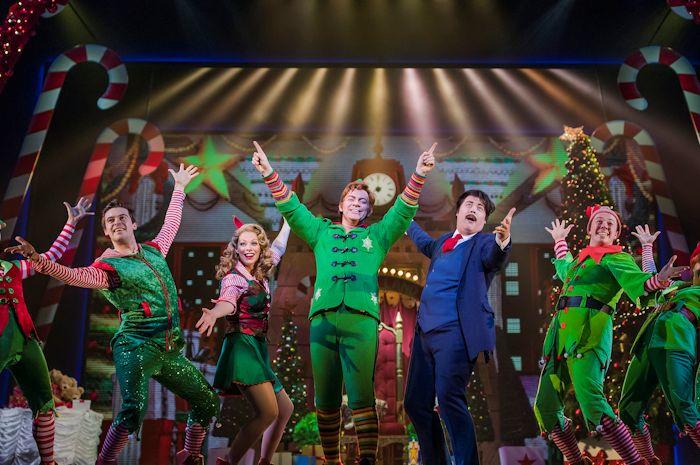 Having become something of a Christmas comedy staple, Elf has now hit the stage, starring ex-Atomic Kitten Liz McClarnon and the TV and West End actor Ben Forster. Telling the story of Buddy, a young orphan child who mistakenly crawls into Santa’s bag of gifts and is transported back to the North Pole, the show has all the festive cheer and unstoppable giggles of the original. It’s the first time that the show is touring outside of London, and judging by its popularity in the capital, looks set to sell out.

The Lowry until 24 January. Tickets here.

The fact that this show has been extended for an extra week due to overwhelming ticket sales speaks for itself. In this new production, Frank Loesser’s timeless musical is relocated to Harlem during its renaissance and celebrates the vivacity of that era in Black America – whilst including all the infection and unforgettable songs of the original, such as Luck Be a Lady and Sit Down You’re Rocking The Boat.

Based on Louisa May Alcott’s classic book, Little Women follows the adventures of Jo, Meg, Beth and Amy – the four March sisters. The show opened to five star rave reviews and standing ovations at and an extra week has been added to the show’s run due to popular demand. The show will now continue to wow audiences at the award-winning Hope Mill Theatre until Saturday 16 December. Catch it while you can

Nothing says Christmas like a traditional Christmas pantomime. John Barrowman and The Krankies lead the cast in this year’s big Manchester panto.

An absolute must for any panto-aficionado, Aladdin brings belly laughs by the barrel load. Comedian Ted Robbins of Phoenix Nights fame and Corrie’s Brian Capron star in this festive family classic.

This stage adaptation of Charles Dickens’ cherished festive fable promises to be an enchanting performance full of joy, song, and magic – in its original playwright Neil Duffield’s home town. The classic tale of redemption that weaves through Christmases past, present and future is bound to squeeze the Bah Humbug out any Scrooges in the audience. 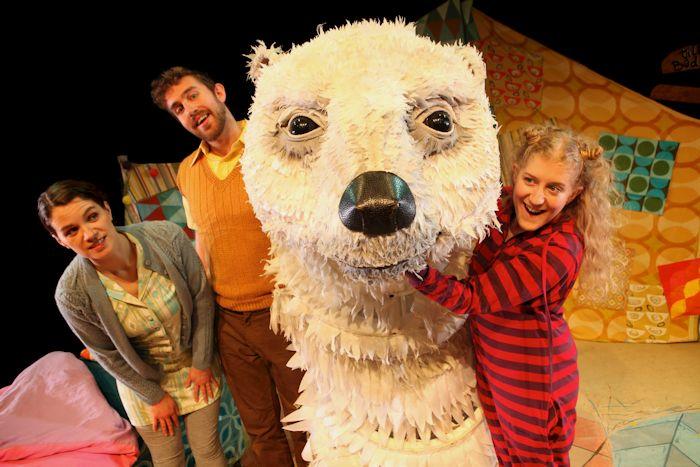 Based on the book by Raymond Briggs, this charming family-friendly production tells the story of Tilly, who learns that looking after a bear is exhausting stuff, after one climbs into her bedroom one night. Featuring a snowy white bear, with a big black tongue and a yawn as big as your head, The Bear promises dazzling puppetry, delicious music, dreamy storytelling, and dozens of laughs.

Red Riding Hood and the Wolf

It’s often said there are two sides to every story, and this original production from the Little Angel Theatre encourages us to look at this childhood folk tale from the wolf’s perspective for once. It might be aimed at the little ones, but this fun take on Red Riding Hood is imaginative enough to captivate the adults, and a lesson in not judging a wolf by its cover.

Around The World in 80 Days

The mysterious and fabulously wealthy Phileas Fogg (no, not the crisp manufacturer) wagers his life’s fortune that he can circumnavigate the globe in just 80 days. Join Fogg and his loyal valet, Passepartout, as they travel from the misty alleys of Victorian London to the exotic subcontinent and the Wild West in a race against the clock. An ensemble cast of eight play over 125 characters in an imaginative and physically inventive high-spirited escapade including six trains, five boats, four fights, three dances, two circus acts and an elephant!

The Lowry until 7 January. Tickets here.