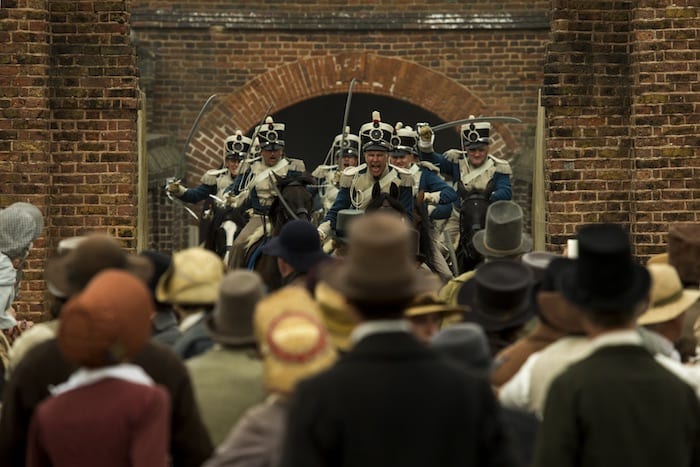 Jeremy Deller has revealed his designs for a permanent memorial to commemorate those who died at the Peterloo Massacre of 1819.

The Turner Prize-winning artist has been commissioned by Manchester city council to design a lasting memorial to be in place for the 200th anniversary of the massacre next year.

Deller unveiled his designs before they go on public display for three days at Manchester’s Central Library starting today. 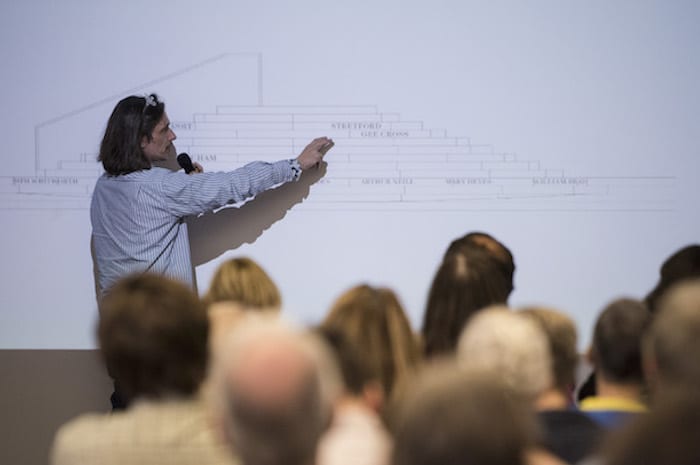 The overall form of the logo is taken from the shape of the geographic area of St Peter’s Field in central Manchester, site of the Peterloo Massacre.  It serves as a reminder that this is where 60,000 people from across Greater Manchester gathered to demand representation and where 18 lose their lives and around 700 were to be injured when local government forces charged the crowd.

The visual is accompanied by a strapline that expresses the core Peterloo 2019 values: protest, democracy and freedom of speech.

Anyone hosting events or activities to mark the bicentenary will be able to use it. 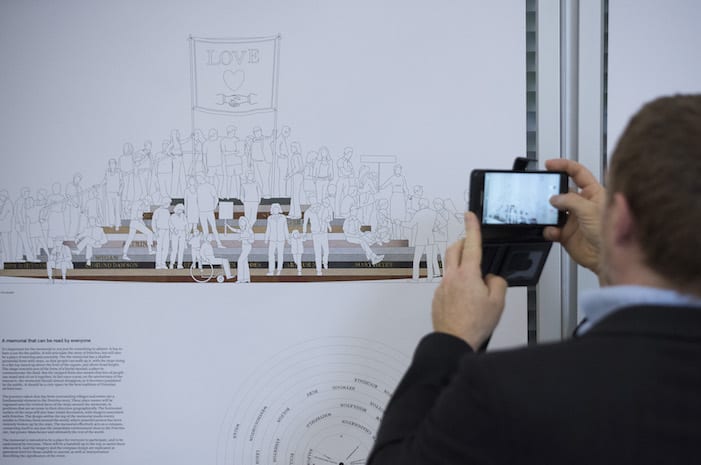 It has continued to meet regularly and work collaboratively towards Peterloo 2019, which will commemorate one of the most significant episodes in the history of Britain’s struggle for universal suffrage.

“Jeremy Deller’s memorial to the Peterloo Massacre is an important milestone in our history,” said Karen Shannon, chief executive of Manchester Histories. “It will remind us of the ordinary people who fought, died, or were injured in their struggle for representation and democracy, things we still fight for today.

“It is beautifully conceived, so that it’s as much a memorial as a meeting point, where people can come together, orate, reflect on the past, but also look to the future.”