Peter Hook is to premiere a previously unseen three hour plus concert movie to celebrate 40 years of Joy Division and ten of The Light.

So This Is Permanent features the concert at Christ Church Macclesfield in May 2015 which was limited to 500 tickets and sold out in less than 20 seconds.

Although clips of three tracks were released, the entire concert has never previously been broadcast.

It features The Light’s evening long run through the Joy Division catalogue as performed on the night with guest appearances by Rowetta and Howard Marks, who introduces the broadcast as he did the original show in 2015. 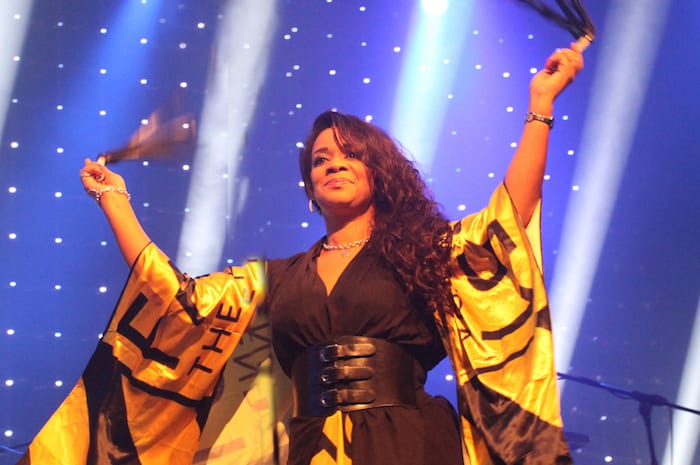 Peter Hook & The Light’s first appearance at Christ Church in Macclesfield for Barnaby Festival in June 2013 was also the first time a band member had played Joy Division’s music live in the town.

He returned to Christ Church in May 2015 to deliver a stunning concert which received phenomenal reactions from both press and the audience.

With the band having to postpone their Joy Division 40: A Celebration concerts which were scheduled to take place this weekend, it was suggested to Hooky that this was an ideal opportunity to put together the Macclesfield footage which had lain dormant for five years.

Long-term collaborators Surdevan Creative have put together the entire three hour concert film, which was shot using an early version of their jackinabox system.

“The idea of coming back to Macclesfield, Ian’s home town and to the church Ian attended as a child as well as in his youth was wonderful,” said Peter Hook.

“I wanted to do something different, something unique. I love playing our songs and what better opportunity could there be than to play every song Joy Division song ever wrote and recorded. They thought I was mad. I thought I was mad but we pulled it off. We played every song in one go. It was so emotional. I was so proud. I did it for Ian.”

The stream will be live from 12 noon BST on Monday 18th May for 24 hours across Joy Division’s/The Light’s Facebook and You Tube pages.

The broadcast is free to watch but donations to The Epilepsy Society are encouraged. Donate here.

Order So This Is Permanent on DVD

A DVD of the broadcast will be released in June by Live Here Now who have done numerous live albums with The Light including the original Macclesfield recording. Proceeds from this release will also go to The Epilepsy Society.