As you know we heart The Liquor Store so it was only fitting that I Love MCR along with XFM hosted the first birthday party for what has to be the city’s coolest and best bar.

“.IT’S THE ONLY PLACE WHERE SPONTANEOUS DANCING BREAKS OUT WITHOUT ANYONE BATTING AN EYE.”

With Clint Boon doing the tunes, Zara Cakes, tasty I Love MCR totty handing out free fizz, whisky and moustaches as well as impromptu break dancing and arm wrestling – from what we can remember this was one Birthday party no-one is going to forget in a hurry (well apart from the drink induced amnesia). 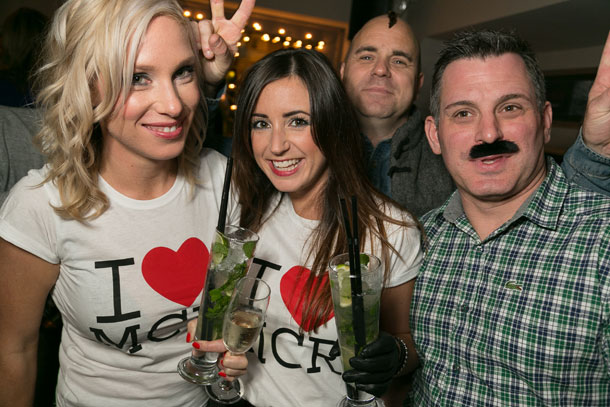 You either get The Liquor Store or you don’t, it’s as simple as that so if you’re wondering what all the fuss in about then get yourself down and try it out.

The cocktails, courtesy of Biggsy and the rest of the beautiful crew are second to none – even when it appears that the big man is more likely to set himself alight than the flambéd concoctions he was creating at the B’day bash. 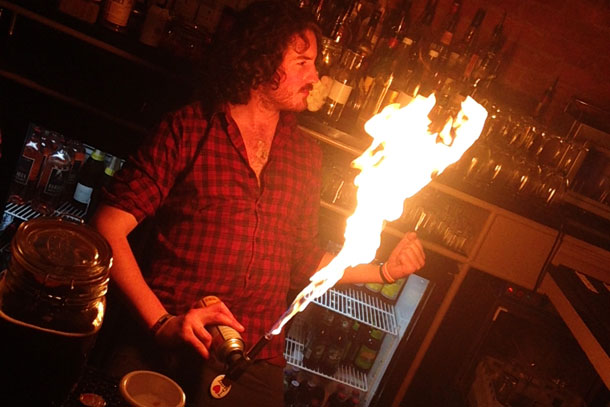 The music, even without the ‘Boon Army’ is always banging and bob on without being predictable and it’s the only place where spontaneous dancing breaks out without anyone batting an eye.

This Christmas, there will be fun and games throughout and they have a tasty Christmas cocktail menu, so go as a little present for yourself and if you have the balls for it, you could even try an infamous blue drink.