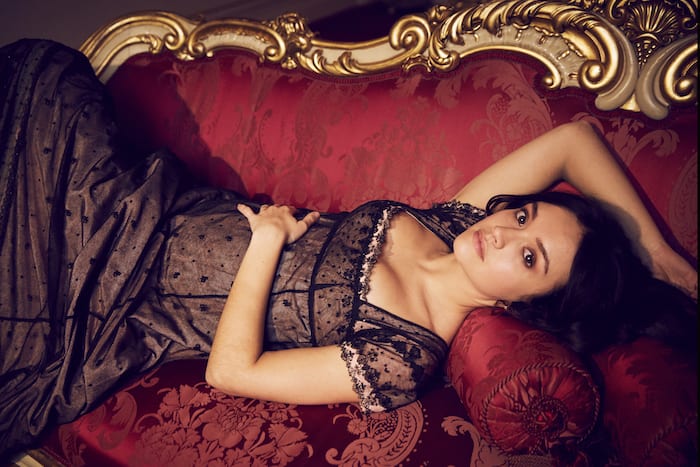 Summer might be drawing to a close, but the cooler weather means we’ve more time to watch telly. Autumn schedules aren’t complete without a lavish period drama and this September, Sunday nights will be dominated by ITV’s adaptation of Vanity Fair.

“I felt an overwhelming sense of gratefulness and excitement to do the job. But also, ‘Oh, now I’ve got to do it. She is so iconic,” says Olivia, 24, who was born and raised in Oldham.

Although the creative team has taken “a modern approach” with the adaptation, “it still has huge elements of a British period drama,” observes Olivia, who starred in Steven Spielberg’s sci-fi film Ready Player One earlier this year.

“We’ve all pushed it with our performances, which are sometimes quite broad and theatrical. The script’s incredibly humorous at times and there are very unconventional shots. There are a few looks to camera from Becky and there’s an invitation for the audience with that.”

We found out a bit more about the rising star ahead of the debut episode on 2nd September. 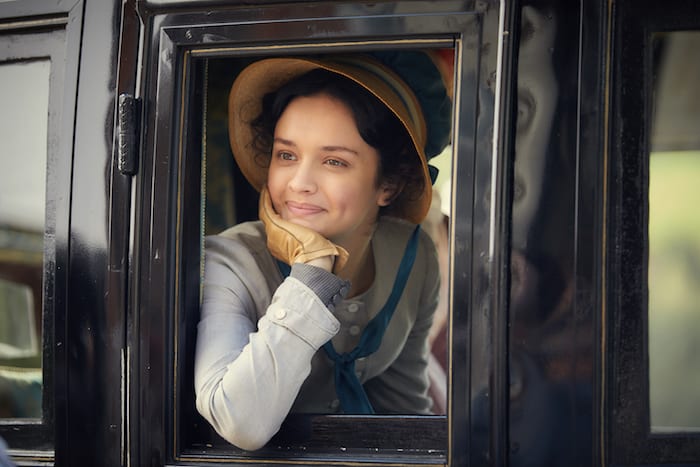 Oldham’s where the heart is

Olivia’s based in New York these days, but her mum still lives in Oldham and the actress loves heading home for some rest and relaxation when her packed schedule allows it.

“Wherever you’re from, when you go back to your mum’s house after two days you feel like a 15-year-old again,” she says.

“Mum’s really proud. She’ll say, ‘Everyone keeps asking on the street about Vanity Fair and what you’re like. You’re just my Olivia’. She’s proud but only as proud as any mum would be if her daughter’s successful in any field.”

Olivia joined the Oldham Theatre Workshop at the age of eight and after attending Royton and Crompton Secondary School, studied drama at Oldham Sixth Form College.

In 2012, she starred as Christopher Eccleston’s daughter in the TV series Blackout; a teacher in The Secret of Crickley Hall and played a possessed girl in the gruelling The Quiet Ones released in 2014.

Olivia unsuccessfully applied to RADA (London’s Royal Academy of Dramatic Art) and got herself an American agent soon after.

She’s since suggested the move to the States meant she could break free from the industry’s inherent snobbery in the UK.

Speaking at the launch of Vanity Fair, she said, “I do wonder if I hadn’t gone to America, where my accent didn’t matter and it was just, ‘Oh, what part of London is Manchester in?’, would I be a lead of an ITV drama, and not just seen as ‘maid number three?’”

The Kardashians have helped

Olivia successfully auditioned for the TV series Bates Motel, the Psycho prequel, which ran from 2013-2017, Me and Earl and the Dying Girl and Katie Says Goodbye before appearing in Thoroughbreds with fellow rising star Anya Taylor-Joy earlier this year.

All these roles required an American accent and despite a self-confessed sketchy start, she credits Friends reruns and the Kardashians for helping to hone hers. Now “it’s second nature”. 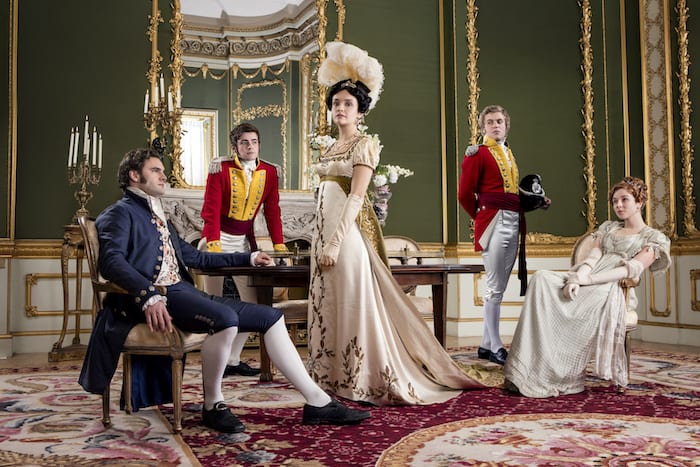 Corsets are no fun

Olivia’s no stranger to corsets, having worn one in 2016’s horror mystery The Limehouse Golem but, unlike Vanity Fair, that shoot didn’t last six months.

“No wonder women wanted to be liberated,” she remarks. “The corset is so stifling. You’re strapped in first thing in the morning and then you’re on set for 13, 14 hours.

“It restricts your appetite as well. I lost so much weight. But the costumes transform you – both physically and mentally.”

“There’s this idea today of a curated life. Where instead of having these experiences, people take a photo of it and they focus on getting the image just right so they can post it online. To make it look as if they’re having the best time ever,” she says.

“But really, they’ve gained no experience or inspiration out of that moment. They’ve felt no emotion towards it and created no memories, bar that snapshot. Which is upsetting…”

Spielberg was a surprise

Olivia’s career has been on the up for some time but nothing could prepare her for Steven Spielberg casting her in Ready Player One.

Her nerves might have been a given but she wasn’t expecting the legendary director to share similar traits.

As she told movie site Den of Geek earlier this year, “However much of a genius he is, he cuts through your nervousness with his own neuroses and his own nervousness for the film. He’s incredibly kind and generous, and he wants to live every single moment, in the thick of the moment, with you.”

The future’s bright – and busy

Olivia will be seen next in the ensemble movie Life Itself alongside Olivia Wilde, Antonio Banderas and Annette Bening in early 2019, and is set to start filming Sound of Metal with Riz Ahmed, followed by Courting Danger in which she’ll depict real-life tennis player turned spy Alice Marble.

“When I got a break, I leapt on it and haven’t stopped,” she admits. “I’m afraid everyone’s going to find out and it’s all going to be taken away from me.”

There’s little chance of that, Olivia.