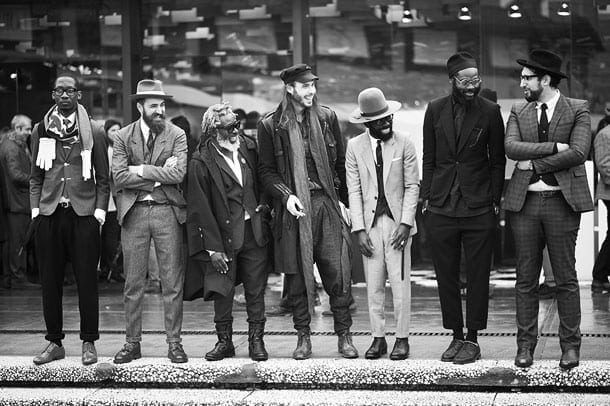 This story was just about to go to press when I noticed White House Press Secretary Jay Carney fashioning a beard, the New York Times promptly claimed the beard had gone mainstream, making it a trend, making it extinct. But is this topic really worthy of a debate when in reality ‘gents’ have been sporting facial hair for over two million years. I couldn’t get a quote off a caveman, apparently they don’t have smartphones.

“…renaissance means re-birth and we are definitely in the midst of one now, does that make it a mainstream? Who cares.”

The word renaissance however, means re-birth and we are definitely in the midst of one now. Does that make it mainstream? Who cares. Let’s just romanticise it instead. I often wonder if, around a year ago, a society of modern gentlemen sat around a table to discuss their next big move. If so, I’m pretty sure this one was about facial furniture, whisky and pocket squares.

Living and working in the centre of Manchester you are surrounded by a plethora of bars, coffee shops and barbers (we can’t say hairdressers). The number of hairy faced rascals frequenting these parts is definitely on the rise. I would like to add these guys are not hobo looking by any means. Some may look disheveled in a cool way, others look the epitome of gentry.

We spoke to a select few fellas, some local and a couple further a field, to get an insight into the dandies with the rebellious bristles… 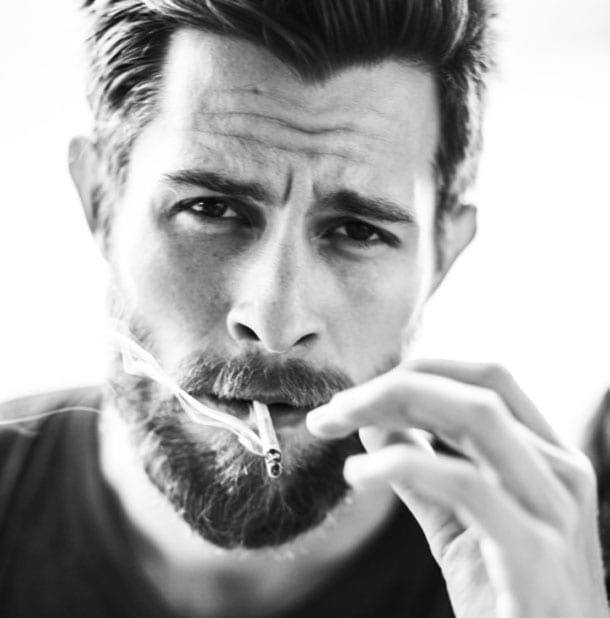 “Growing my beard wasn’t as much a decision as it was laziness and circumstance. It just sort of happened and I liked it.

“Not much maintenance needed. Really, clients have me trim it to their specifications, so it goes up and down pretty regularly. Which I believe keeps it healthy and full.

“Most babes are afraid to ask to touch it. Kind of funny, I don’t really know why. Like touching sheeps’ wool or something. Like it’ll bite or somethin’.

“It is somewhat a timeless feature. It has never really had a peak, like say, the moustache. It’ll always be around and stay classy.

“Do nothing. Grow what you have and be happy with it. So many guys say things like, “It doesn’t grow here or there” – I just say that adds to the character of the thing. Let it be yours, own it.

“The only product I use is Dr. Bronners soap to fluff it out. And for the lavender scent.

“Facial hair’s always been around, It was just dormant during the extreme male grooming trend of the early 2000’s. Like the music of that era, we all see how long that actually lasted. Funny how the adjective ‘dirty’ turned into ‘classic'” 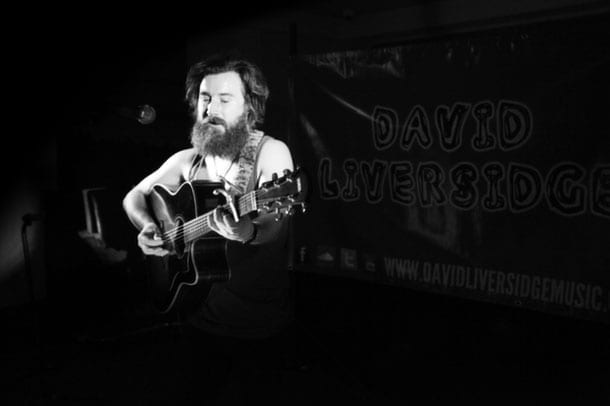 “Basically, I grew my beard when an ex girlfriend split up with me. She was pretty much against facial hair so I’d never bothered to grow it much. Needless to say once I was left to my own devices…

“Obviously you always want it to be clean & tidy. So a good regular wash and a little blow dry always helps. Keep on top of the trimming and always carry a beard comb.

“Not really funny for myself, but a girl once grabbed my beard as we crossed over on the escalators in the Arndale. Really took me by surprise, so it took me a moment to acknowledge what was happening… it felt like she was pulling my face off.

“The best thing about my beard; I’d have to say the warmth it provides during the winter months, very comforting.

“It may sound obvious but not everyone’s facial hair grows in the same way or areas, so I guess I would just say make the most of what you’ve got!

“I don’t currently use any product, however I have always wondered about the use of beard oil.

“It’s good to see the renaissance. There seems to have been a stigma attached to men with beards in the past, especially younger ones. Now that they have come back into fashion I think there’s a greater acceptance, I’ve always got time for a bit of beard appreciation.” 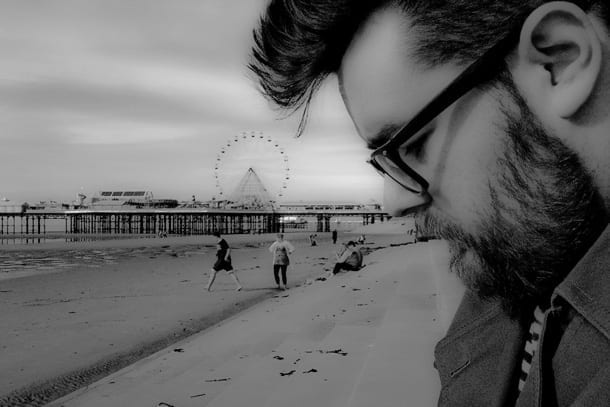 “I’ve always liked the look of a beard. Many of my musical idols donned facial hair in their time. George Harrison, most notably. I was that kid with the fluffy moustache in high school. One day I was asked to shave it off and it just grew and grew. And here we are.

“I imagine it’s a terrible age for the Pogonophobe…”

“It doesn’t need much maintenance, really. I like to keep it trimmed, washed and conditioned regularly. I can’t have it looking tatty.

“A girl did once ask to feel my beard after a gig. As she felt it, she just kept asking questions, completely unrelated to beards. She kept her hand in there for well over three minutes. Do you remember ‘Mr Shake Hands Man’ from Channel 4’s ‘Banzai’? Well it was an awful lot like that. Miss Beard Hold Girl. It’s not as catchy.

“The best thing about a beard; Winter. It’s a fantastic face-warmer. It also covers up my lack of jawline.

“Yes. It’s all in willpower. If you can’t grow one, or you don’t have patience, then leave it.

“I don’t use any products, only a range of shampoos and conditioners. I’m forever being suggested beard oils and the like, but I can barely afford to keep my guitar gear in shape. It’s a dear do, this music lark.”

“The renaissance is great. I imagine it’s a terrible age for the Pogonophobe, but nevertheless, it’s good to feel a little bit in fashion. It makes me feel safe in the northern quarter.” 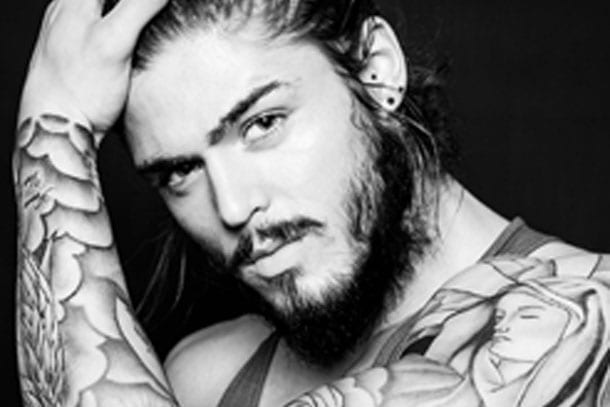 “I decided to grow one because when I was younger I was always asking my dad what it’s like to have have a beard, ‘I want one can’t wait to grow one’. So when I saw it growing through I went for it.

“Especially with the hair, I get called names like ‘Jesus’ a lot…”

“Keep the general shape and trim the tash as no one likes odd hair creeping in your mouth when your eating!!

“Especially with the hair, I get called names like ‘Jesus’ a lot. I get a few to be honest Russell brand, Wolverine, Thor, Brad Pitt in one of his films, ahum.

“Apart from Jesus, the most popular is Johnny Depp (Jack Sparrow).

“The best thing about my beard is through the winter. I’ve certainly had a warm face, with being a model I like to think I can pull off the smart look.

“As well as the rough & ready look, there’s not many people my age that can grow this.

“The hardest part I found was getting through the scruffy odd hair here, there and everywhere… stick at it!!

“A product I got introduced to is Dax. It’s a wax and stops it from looking fluffy.

“I love it and I think it will be around for abit. Personally, if you look back at fashions around the wars the dress sense and hairstyles. And facial hair is all slowly coming back round. I wouldn’t be surprised if you see more men in suits on a day to day basis.” 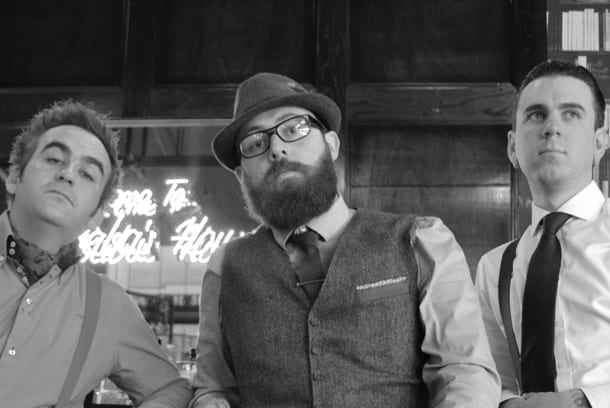 Inky Steve barber at Barber Barber in the Barton Arcade:

“My great Granddad had a killer tache in WW1 – my mum has a picture of him in full uniform and I thought it was awesome!

“A beard’s not just for Christmas.”

“I trim it almost everyday. You can’t let it get messy doing what I do! Who’d trust me?? Hahaha!

“Before the beard I had a handlebar moustache and everyone always wanted to see how hard it was!

“The best thing about the look is you don’t have to shave.

“I use a shit load of products! From moisturisers to oils, keeps your face from drying up causing itchiness and the beard stays soft!

“Also waxes for my tache, but my number one tip for handlebar moustaches is Layrite Super Hold Pomade – sets hard and washes out.

“As a barber and a fan of beards I think it’s great! I enjoy turning a messy scoundrel into a gentleman! A beard’s not just for Christmas.” 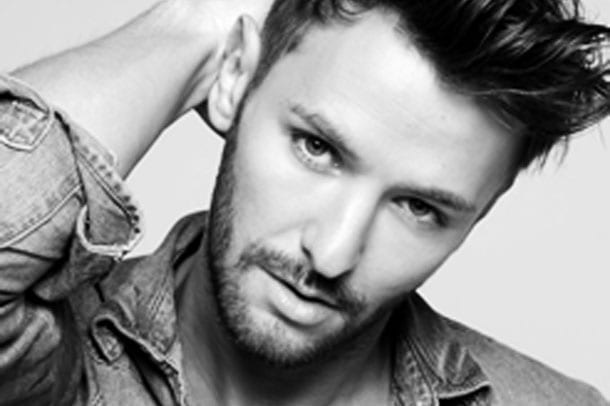 “At first it was pure laziness. I went to Glastonbury when I was in my early twenties and, being abit of a hippie at heart, I just came home and didn’t shave. Girls seemed to like it so it just stuck. Although, it’s much neater nowadays!

“…you can look presentable by actually being too lazy to shave.”

“It’s much less maintenance than wet shaving. I have an electric beard trimmer so I just shave it on a ‘number one’ every few days and it takes literally two minutes.

“I was picking my daughter Mia up from school and was chatting to a few of the mums in the playground: one of the mums said “with that beard you look like that guy off TV, erm what’s his name?” Another mum went ‘David Beckham’ at which point I got a bit smug and thought ‘decent comment, I’ll take that.’ Then the other replied ‘no not him, I mean that who who’s married to Judy Finigan, he was on TV the other night and he’s got a beard just like yours!’

“Basically you can look presentable by actually being too lazy to shave.

“Don’t grow one if you can’t get it at least abit thicker because its going to make you look like a pre pubescent lad who spends all his time on the internet with lots of man size tissues.

“I use babyliss beard trimmer- sad that I know the make and model but it’s the only part of my appearance I spend money on.

“It’s fine as long as we don’t let it get out of hand and women get involved with the hair growth! I’m not one for stripping the girlfriend down to see hair legs, arm pits and worse… you know what!”

I sincerely hope you’ve enjoyed this read, maybe its inspired you to now grow a beard. Maybe it’s inspired you to revisit the wet shave look. Please remember it really is “only facial hair.”

BEARDS FOR THE CANCER

On a serious note, please check this link below founded by XFM Radio presenter Gareth Brooks. It’s a great cause and one I’m sure we are all happy to help with: