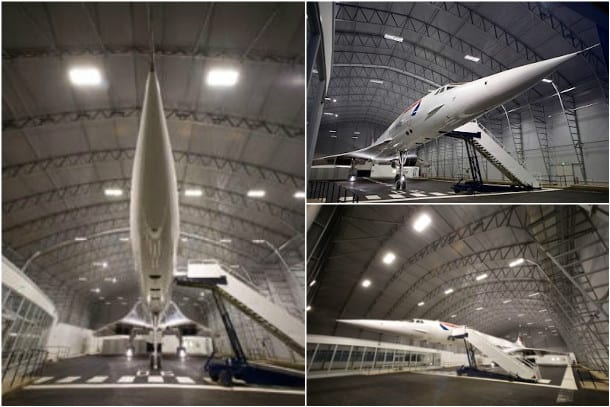 Did you know that the Concorde G-BOAC, which first flew almost 40 years ago, is now stationed at Manchester Airport’s Runway Visitor Park? No, neither did we, writes Laurence Fitzgerald…

Imagine leaving London at 8 in the morning, arriving in New York for a mid-morning coffee, enjoying a leisurely stroll around Central Park before a spot of lunch, a bit of shopping, and arriving back in time before last orders to enjoy a nightcap before bedtime. You could if you flew on Concorde.

Did you know that Concorde – or le Concorde, as the French preferred – broke the record for fastest speed ever between New York and London in 2 hours and 52 minutes? That it once took a snakebite antidote to a man in Africa who only had hours to live? And even completed a journey around the world in less than 33 hours, to celebrate the 500th anniversary of the voyage to America by Christopher Colombus?

Probably not. But when a return ticket would set you back over £6,000, it’s not surprising that Concorde was seen as the privilege of the rich and famous.

This most luxurious of aircrafts has seen many a celebrity and royal grace her presence. In her lifetime, she transported the likes of Michael Jackson, Madonna, Elton John and even Her Majesty the Queen across the Atlantic at the speed of sound. 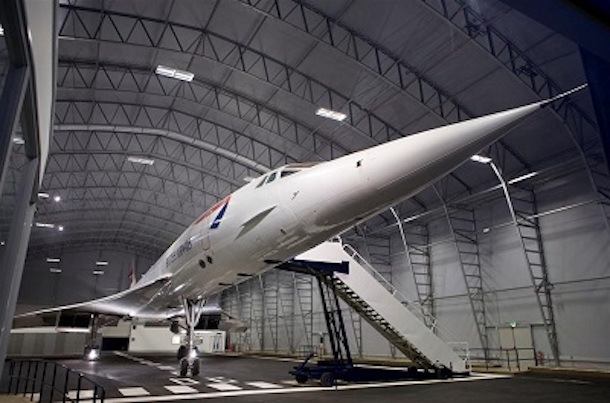 But Concorde’s days were numbered. In 2003, BA decided to call it a day and decommissioned their fleet of seven, citing low passenger numbers after the 25 July 2000 crash, the slump in air travel following September 11 attacks, and rising maintenance costs.

Concorde – once a symbol of national pride, the harmony of elements, and unity of nations – made its final take off from Manchester Airport on 22 October 2002. Its last ever flight – and official retirement – was on 31 October 2003, almost exactly 41 years after the agreement was signed to build them. Six planes are preserved at Bristol, Edinburgh, Heathrow, Seattle, New York and Barbados. The other is at Manchester Airport.

You can experience the fastest commercial airliner of all time as part of a new tour and lunch package. And you don’t need a passport.

So why not go along and enjoy a unique piece of British history. Visitors to Runway Visitor Park can enjoy a 45-minute tour of the aircraft, including lunch, sit in the pilot’s seat and discover some of the features that made Concorde so special.