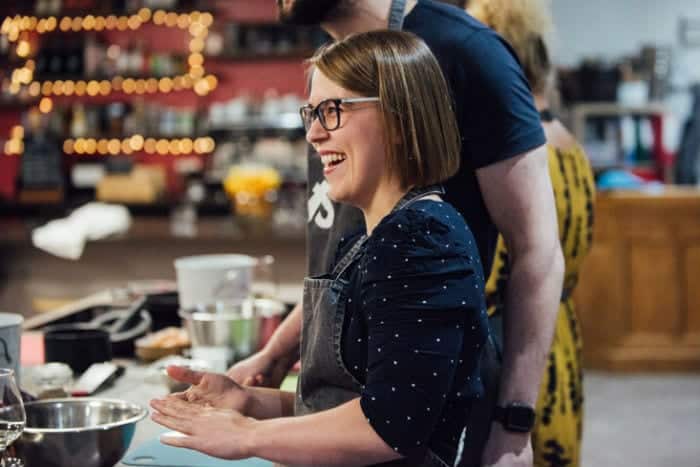 For some people, 1st January is just another date in the calendar. To others, it marks a chance to turn the page on old ways and begin a new, more meaningful chapter.

If you’re in the latter group, and looking to widen your skills, pick up a new hobby or simply learn a bit of self-care as we embrace a new decade, we’ve rounded up some of the places to jump-start your New Year’s resolutions… 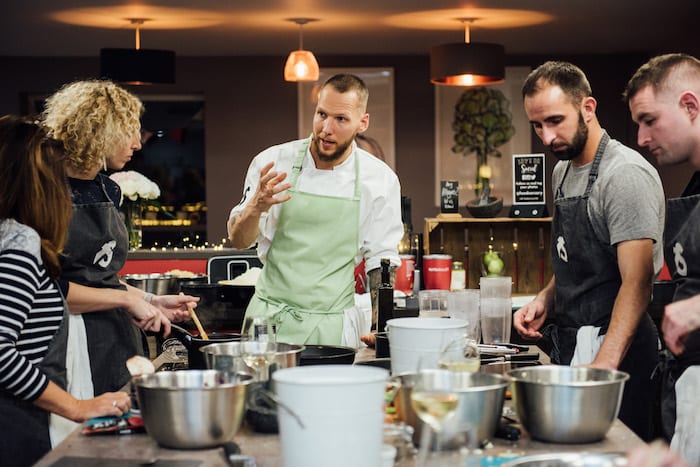 If meals amount to warming food up from the freezer, you’re probably in need of a few pointers. Fortunately, with Manchester fast becoming a world-class mecca for foodies, there’s no shortage of places to find inspiration.

The Food Sorcery on Wilmslow Road is a good place to start with classes ranging from Mexican and Japanese to Italian cuisine, bread and cheese making, and barista and knife skills.

If you’re looking to learn the wow factor for desserts, you can try one of the baking, sugar craft and chocolate classes at Slattery Patissier and Chocolatiers on Bury New Road.

For those harbouring a desire to learn Mandarin or Spanish, this is the time to bite the bullet and make 2020 the year you study a new language.

Manchester Art Gallery on Mosley Street is a must-see for visitors to the city, but lots of locals have never walked through the doors. As an introduction to the displays, including the And Breathe… exhibition ending on 19th January and the upcoming Halima Cassell show from 2nd February, take one of the tours run by volunteers.

They take place from Thursday through to Sunday at 2pm. The gallery also hosts free mindful events, as well as workshops for further insight.

The Whitworth on Oxford Road also provides an accessible access route to art including the Tuesday Talks and The Whitworth Studies. The focus here is very much on inspiring new discoveries about yourself, and the world around you.

More people than ever are learning the need to slow down and take a deep breath in an ever-hectic world, and one of the most effective ways is through yoga. There’s a range of classes at The Life Centre North on Deansgate, which include Ashtanga and Vinyasa yoga for all levels, as well as Hot Flow 60 for a more intense experience.

There’s a drop-in schedule of classes, including Yoga for Happiness and Health and Sunrise Yoga, at Manchester Yoga and Holistic Central inside Victoria Warehouse, while One Yoga Studio in Chorlton provides an array of sessions, such as Beginners Ashtanga, Deep Restorative Yoga and Synergy.

Or try hero, the first health and wellbeing club in the UK to run not only exercise and physical activity classes but mental and emotional health classes too.

It might be that time of year when most people’s thoughts turn to getting fitter and healthier, but that doesn’t have to entail sweating it out in the gym.

Whether you want to dance, spin, run, or literally do handstands, there’s a class in Manchester that’s the perfect fit.

For extra incentive, set yourself a challenge for later in the year, such as the Great Manchester 10k and half marathon on 24th May, the Manchester Inflatable 5k on 8th August or the North West Tough Mudder on 5th and 6th September.

If you’re looking to expand your film know-how, head to HOME on Tony Wilson Place. As well as screening the most thought-provoking releases of week, they often host Q&As so you can hear from the people behind the project.

Or become a member of Manchester and Salford Film Society. The oldest of its kind in the UK, they screen the best of contemporary world cinema and classic movies at Altrincham Little Theatre on Oxford Road throughout the year. Sure beats the mindless movie options the local multiplex offers up.

Think more of others 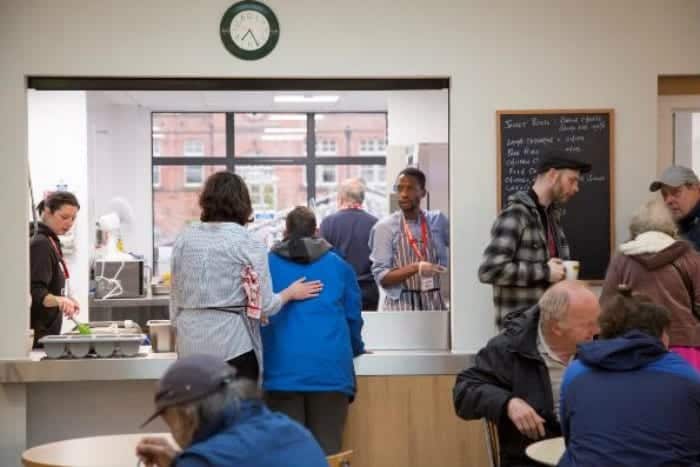 If you’d like to give back to the community and take a more altruistic approach to life, there are plenty of ways to offer your time to charitable causes across the region.

Homeless charity Mustard Tree on Oldham Road is always keen to hear from people who’d like to volunteer their time or share a skill. Salford Community Leisure has volunteering opportunities at the stunning Ordsall Hall and the Salford Museum and Art Gallery, and they’re also looking for people to lead the Healthy Walks.

If you’re green-fingered, you can help transform a neglected part of your town with Sow the City and Big Dig Manchester. This sort of conservation is a great way to reduce stress, so it’s good for the soul, in more ways than one.