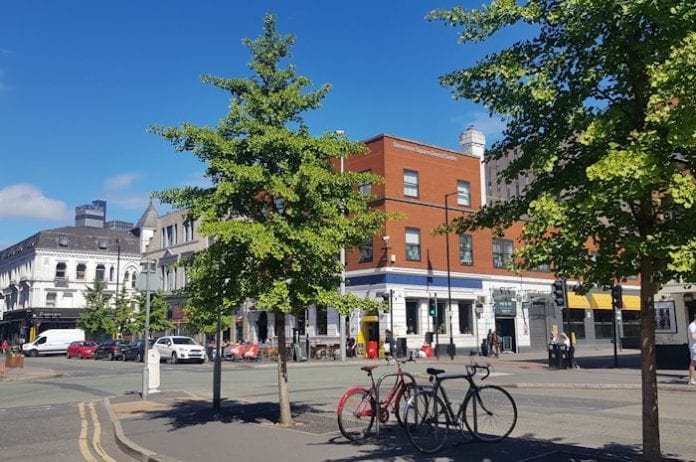 Trees are important. They are the planet’s air cleansers, soaking up pollution, helping to cool risingurban temperatures, and pumping out fresh oxygen which keeps us alive.

But not all trees are the same. There are more than 60,000 species on Earth and over 70 species in the UK.

Leading environmental charity City of Trees has unveiled a city centre tree trail which takes in nearly 30 trees of note across Manchester city centre from Deansgate to the Northern Quarter.

The trail incorporates key areas such as Manchester Cathedral, Stevenson Square as well as green spaces such as Sackville Park and St John’s Garden.

It show the diverse species of trees in Manchester city centre including a paper bark maple from China and a giant sequoia from California.

The interactive map layer can be easily downloaded onto the Google Maps app on smart devices and there is no set route to follow, allowing you to adapt the route to suit yourself.

We’ve launched a new city centre tree trail! Tell us where this tree is and you will be entered in our prize draw to win a copy of ‘The Wisdom of Trees ‘ by Max Adams’. – https://t.co/REmWbTyGD0 pic.twitter.com/CPp43gOWgo

City of Trees believe that trees are essential to the future of our towns and cities, and a city of trees is one that is healthier, more resilient and more prosperous.  They aim to plant
three million trees – one for every person across Greater Manchester.

“We wanted to raise awareness of our urban trees, especially those in the city centre,” said Katie Jones, who led on creating the tree trail.

“Street trees have a crucial role to play in not only creating places people want to enjoy but also reducing local surface water flooding and filtering harmful pollutants from our air.

“We hope that by using Google Maps we have created not only an easy to follow map, but something different from a traditional trail. This also allows us to update the layer with new trees in the future along with a more flexible and interactive approach for users.”

City of Trees are running a competition across their social media channels. Correct entries will be entered into a prize draw to win one of 3 copies of The Wisdom of Trees by Max Adams. Find City of Trees on twitter, Instagram and facebook /cityoftreesmcr.