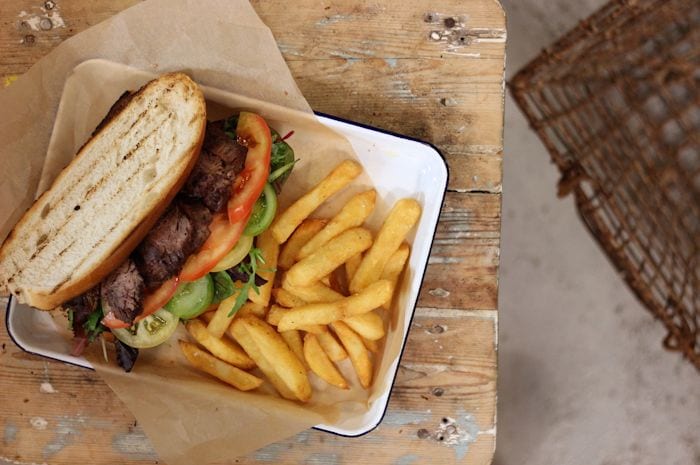 Not much used to tempt out of the Northern Quarter on my lunch hours. An abundance of coffee, brunch and burgers kept me satisfied on those regular occasions I couldn’t be arsed making up my lunchbox.

But despite my immediate surroundings, I regularly popped over to Spinningfields to see what The Kitchens had to offer. This street food start-up competition was epic. With a rotating line-up of traders, it was a nirvana for foodies, and after some fierce competition, the good people at Bangers and Bacon came out on top.

Having found success with Bangers and Bacon and Well Hung, we talked to part-owner (alongside James and Heather Taylor) Richard Brown about BEASTro, their permanent restaurant on the Leftbank.

“With Bangers & Bacon, you knew you were getting great pork products, and similarly with Well Hung and steak. BEASTro pools all of it together. Our biggest challenge now is that we want to appeal to 8,000 office workers so we need to branch out from just pork and steak whilst still pleasing our loyal following”. 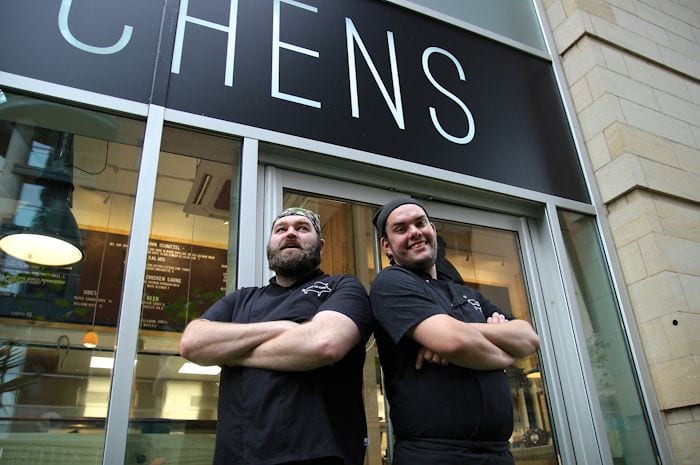 With a name like BEASTro it’s easy to imagine only humungous meat dishes on the menu. But that’s not the case, with a number of vegan, vegetarian and gluten-free dishes available too.

“It pisses me off that businesses like us have a reputation of saying ‘f*** you’ to veggies and vegans. Although we joke about it, we have to think so much more about our veggie dishes and we want these dishes to appeal to veggies and meat eaters alike.

“We did some extensive research by going out to cafes for brunch/breakfast and seeing what our competitors were offering for a lighter lunch option. Eggs/avocado seems to win every time, but I’m not interested in copying people. Our breakfast wraps and bagels have always been very popular, so that won’t change too much. But on the healthier side of things, we’ll be making granola and offering protein-based items with the help of the guys at Ultimate Performance Gym.”

The move from posh street food traders to restaurateurs hasn’t been without its problems. Their opening has been pushed back a couple of months and is now set for the end of October but in true independent fashion they’re pushing on and working to shape their image as both former street food traders and a restaurant where you can enjoy some more sophisticated offerings. 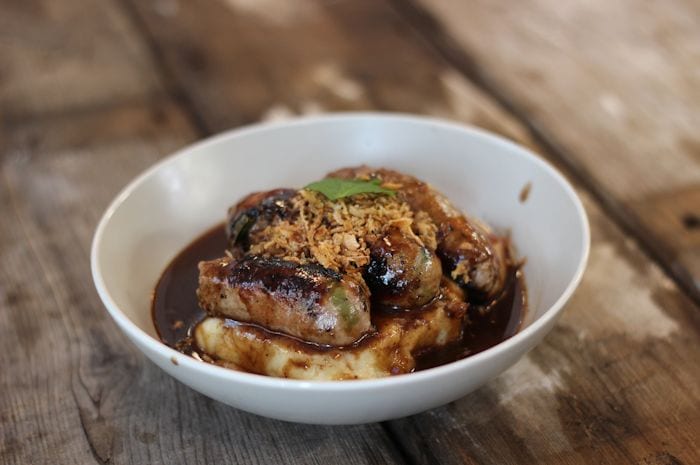 “This progression allows us to touch on other styles and offer more seriousness – less street and more sophisticated dishes. At the moment we’re experimenting with oxtail, pig cheeks and lamb belly – doing lots of weird and wonderful things with them.

“For the first time in our careers we’ve handed branding over to Holdens Agency and we’re really happy with how that’s going. We want a brand that works in the day as well as evening – we don’t want to be classed as upmarket street food, we want to be a serious restaurant in the evening, but also a place where you can grab a £4.00 sandwich during the day.”

To pull off this sense of duality, the BEASTro logo will flip throughout service. During the day it’s a chunky robust capital B but come the evening, it flips into a sophisticated, smaller, lower case b in a finely, fashioned teal colour.

Your first chance to try a bite of the beast is at the Buy Art Fair at Old Granada Studios where the BEASTro team will be trying out some of their new dishes and old classics.

“We’ll be trying out the lunch menu and some breakfast items alongside meat dishes and classic salads like our black pudding salad. Nothing too expansive. Just classics done really well.”

While it can be tricky trying to cater for lots of different tastes, BEASTro looks set to build on their core and meaty fanbase with more finessed and lighter dishes as well as a more refined and finessed evening service. Banging.

Follow @beastromcr for updates. And by the way, in case you’re wondering, the number of the BEASTro is 07703455347