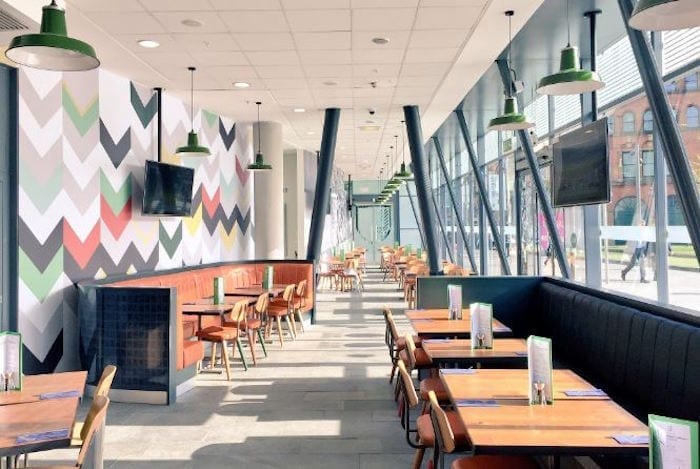 Human beings can survive for three minutes without air, three days without water, and three weeks without food.

A less well known fact is that most people can only survive for three months without football.  Any longer and they start to suffer severe withdrawal symptoms, especially on Saturday afternoons.

That’s probably why the new season kicks off this weekend, just 80 days after the end of the last one. 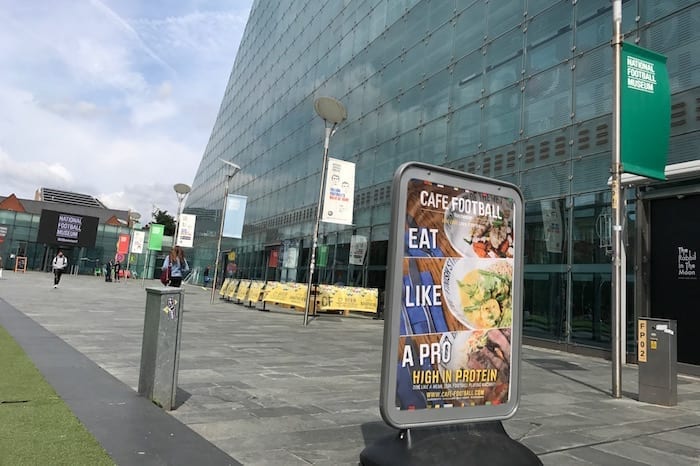 And opening in time before the new season begins is the latest Cafe Football, on the ground floor of the National Football Museum.

We popped in to see what was on offer. 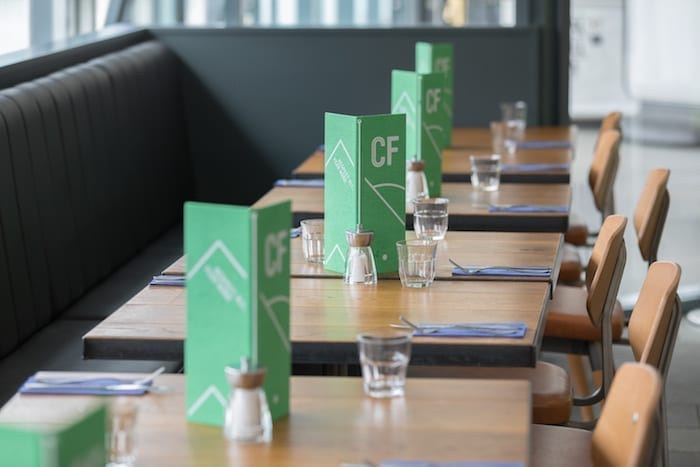 Many of the dishes are inspired by the beautiful game. There’s The Special One piri piri chicken burger, The Nicky Butty club panini, the Mara Doner pizza and Scholesy’s Match Day Classic.

You can eat like a fan with a selection of traditional pre-match favourites like burgers, kebabs, pies, and fish and chips, or you can eat like a player with a choice of nutritious high-protein performance food.

We tried a big plate of some of the best nachos we’ve had in a very long time (£6 or £10 to share) but they missed a trick here. They really should have called them Messi Nachos. 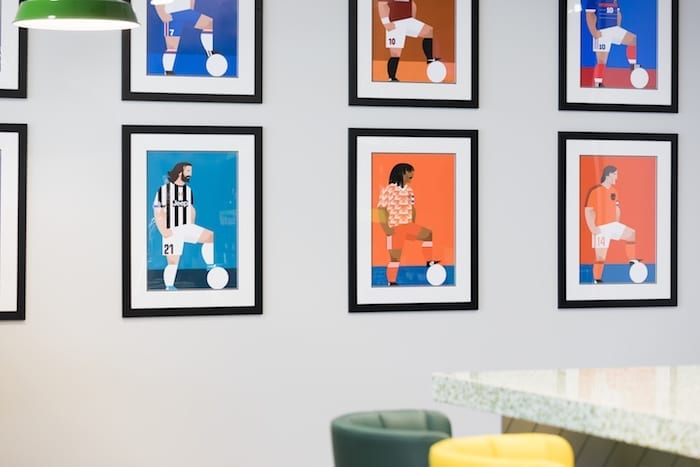 This was followed by carrot and coriander Cuppa Soup (£5) which, unlike the powdered product you’re probably more familiar with, actually contains real food. Delicious.

For mains we chose the Nicky Butty (£12), a classic club panini consisting of chicken, bacon lettuce, tomato, egg, mayonnaise and skin-on fries which was so big it defeated the person who chose it.

Scholesy’s Match Day Classic (£14) is steak suet pudding, chips, mushy peas and gravy. We’re not sure if this was his regular pre-match meal but, as you might expect, it’s a winner. Just like what you get at the chippy before a match times ten.

For a healthier choice, Fat Relegation (£12) is prawn curry with cauliflower rice, coriander, mange tout, French beans and lime. Verdict? Back of the net.

If you just want a lighter bite, there’s a £5 sandwich/crisps/soft drink meal deal (£3 for kids).

There’s plenty to choose from on the drinks menu too, from Vimto and dandelion & burdock to beers, wines, spirits and cocktails. Anyone for a Ruud Bulleit?

And there’s a choice of champagne if you want to celebrate your team’s victory.

The icing on the cake is that, when the season starts, you can watch all the televised matches on a choice of nine screens in a family friendly atmosphere while you’re enjoying your meal .

And if you’re lucky you might even bump into the Class of 92.

“Gary, Phil, Nicky and Ryan will be here quite a bit and I’ll be here as much as I can because this is definitely my type of food,” says Paul Scholes.

“It’s very much an English menu and it serves burgers, pies, all that kind of easy stuff which is probably not great for the diet but it’s comfort food and it’s what the people of Manchester like to eat.”

*subject to availability, not available in conjunction with any other offer.