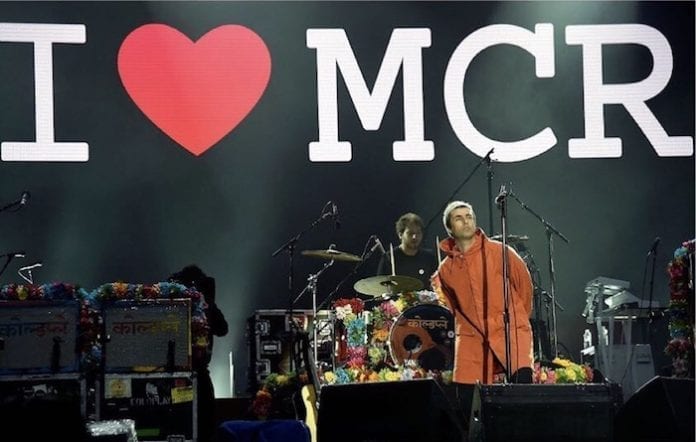 Imagine heading out on your morning commute to work listening to some of the world’s biggest music artists live from the Coachella main stage.

Beatstream is a Manchester-based app which uses specially developed technology to live stream top quality audio directly from events and gigs around the world. And it launches this month.

“We’re launching an app here with the goal of creating a full lifestyle app that will ruffle some feathers further up into the music streaming world,” Beatstream Live CEO Matt Walsh told us. “We’re doing stuff that’s pretty revolutionary in terms of creating our own hardware.”

The app has been in development for over four years. Matt got the idea for the platform when he threw a house party.

“At the time I was working in digital business all over the place and then I started working with bars, clubs and restaurants so I always had a passion for that industry,” he told us.

“One night we had a house party and at the time we had a playlist system, so everyone was skipping music all over the place. There were 30 people there and it was skipping between R&B, indie and dance music.

“People started arguing over what was a good track and what wasn’t. If we were all in a venue together or all in one of our favourite bars, there’d be none of that conversation at all. So we thought, wouldn’t it be great if we could just connect with a venue and let that DJ take control.”

But nothing really came of the idea until several months later when Matt was talking with Helen, a friend who was living in Italy at the time.

“I was off to a gig in Manchester. It got me thinking it’d be great if Helen could listen in and be engaged even though she was in a different country.”

The app is built by Apadmi, who are also investors in the business.

“They’re the UK’s best development agency – top 6 in the world. They designed apps for the X Factor, Land Rover and Range Rover, BBC iPlayer. These guys have got such a strong pedigree – and they built Beatstream Live for us as well.

“It’s going to be global. The company goal is to provide 24 hours a day, seven days a week live music. So you could be commuting to work and be listening to a venue playing live music in Australia. It’s all live in the moment, nothing is recorded. It’s purely as it happens.”

The app has already added some pretty big Manchester venues to the platform, including Jimmy’s, Band on the Wall, Joshua Brookes and South – and currently offers over 50 streams a week across live gigs, DJ sets and festivals.

“Manchester is a place that we see as the next music revolution and the predominant launch so far has been Manchester – so that’s where all our venues are at the moment.

“Our most prominent ones are Jimmy’s from the live music aspect. Night People, Gullivers Castle, Impossible, Neighbourhood, Club Liv – there’s a real wide demographic spread. In total we’ve got about 35 venues signed up in the city centre at the moment.”

This is just the beginning for the business as they have plans for a secondary feature on the app so listeners can tune in live to their favourite global artists.

“There’s two sides to the business. We’ve got Beatstream Live and Beatstream Amplified which is like a one off purchase – kind of like Sky Box Office.

“Our main focus at the moment is around the Beatsteam Live app – but with Amplified you can listen to the live stream of bigger artists. It will be available through the app but it will be individual purchases per concert – as opposed to a monthly subscription.”

Anyone who downloads the app automatically gets 30 minutes to have a look around and try it out. After that, each user is given a 30 day free trial – after which a monthly subscription fee of £3.99 applies.

But Matt tells us they’re currently developing a newer model which will offer users a free version of the app.

“There will be a Beatstream premium coming out in March – and a free model which will include adds, much like the Spotify model. All that development and roadwork is going into the app at the moment.

The live music app is also helping to support grass roots music by giving a percentage of the subscription fees back to them.

“We give 25% of the subscription fee straight back to the venue or music venue trust to keep them going. Bars and clubs are getting hit hard at the moment so it’s a way of them earning extra revenue and people who love these venues can help keep the doors open while tuning into their live music.”

“The whole side to live music is that spontaneity and not knowing what’s coming next – and Beatstream taps into that.

“Anyone can go on Spotify or YouTube and watch a concert back or listen to a recorded gig having been polished up a bit. But everything we do is live – so that gives you a unique connection with that moment.”

Beatstream is available on IOS and Android on a subscription basis for just £3.99 per month. £1 of every subscription either goes back to the venue or is donated to the Music Venues Trust.