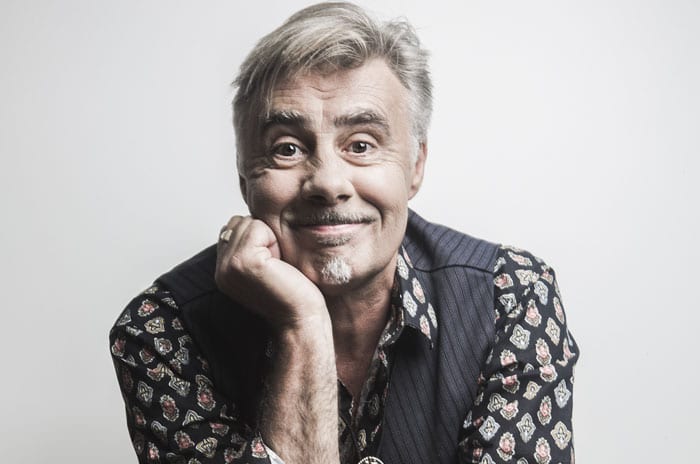 It’s quite refreshing when you go into an interview expecting something of a tough customer and get the total opposite – one of the loveliest, most interesting conversations you could have.

Such was the case with Glen Matlock – songwriter and bassist in the Sex Pistols, a band who changed the face of music in the short period they were together and were without doubt one of the most controversial and influential bands of all time. He wrote or co-wrote most of the songs on Never Mind the Bollocks Here’s the Sex Pistols but was ousted from the band in February 1977 and replaced by Sid Vicious.

Morning Glen. How are you?

What did you do last night?

I was in Liverpool doing a little thing with Heaven 17. I’m a guest on their tour. It was good actually. I played with British Electric Soundbase who are renowned for getting guests to sing with them so I did a little song. It should get me geared up for the tour in November where I’m stopping off in Manchester at Gorilla which I’ve never been to. I’ve heard it’s nice though

It is! I used to work for the company. If you get down early I’d recommend the brunch.

Maybe! I’m just a bit jetlagged at the moment. I’ve just got back from New York

Nice. So what will the shows be like in November?

So it’s a show that I did a couple of years back at Edinburgh Festival. I did a week there and basically it’s me playing some of the songs I’ve written on my acoustic guitar interspersed with stories of how I wrote them and the people who were around when I wrote them. It’s quite a funny show. It normally is anyway. We tend to have a laugh. People ask me why I’m playing an acoustic guitar but I’ve been playing with it my whole life so I’m pretty good at that as well. Come on down and find out

Will you be doing Sex Pistols stuff and all your other work with the likes of Iggy Pop?

Yeah it’ll be all kinds of songs that I’ve performed on. I’ve written lots of stuff over the years and done work that’s influenced me and other people. I’m a big fan of Scott Walker and I do one of his songs

Is this a big thing that musicians who have got a legacy like yourself go for now? I saw Ian McCulloch perform acoustic a few months ago and do quite a similar thing

I’ve just been listening to the Pistols, which obviously we’ve got to talk about. Do you think their legacy still resonates with people today?

Of course. I get people coming up to me all over the world asking me about it and talking about the early days and saying they love this song and that song. You sound quite young to me but I find lots of young bands every now and then who have been inspired by us. I have to scarper a little bit so they don’t bother me too much. I’m not just doing songs from then though. I’ve got some recent ones in there as well. I had an album out earlier this year that I’m taking some stuff from. I get people from the audience involved as well 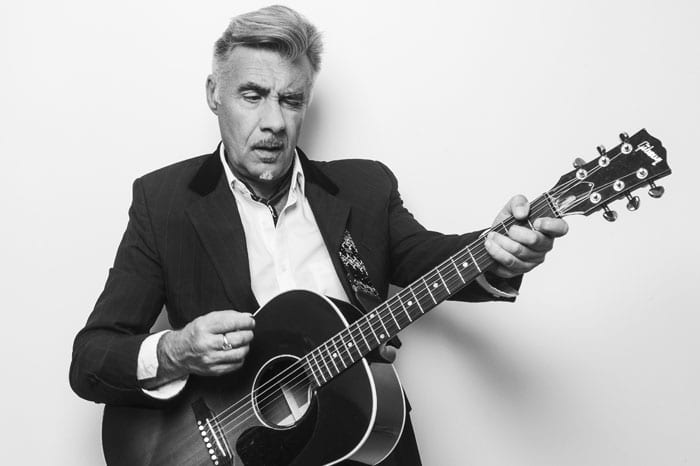 Did you find your later stuff a chance to go back to your roots? The stuff with The Philistines is clearly a lot more bluesy and raw

Yeah a little bit. The structure of the songs is definitely coming from the same place. But yeah I do like the blues stuff and I think it’s cool how it’s what rock ‘n roll was built on. We can’t ignore it

There’s a video of you performing Pretty Vacant and you can tell how annoyed you are at the lack of interaction from the crowd. Do you think you never really received as much credit for what you did in the Sex Pistols as you should have?

A little bit. It’s always nice to get acknowledged. I think people who know me properly and know what I did appreciate it. So it’s fine

Do you think what happened with the Sex Pistols could happen again?

There was the whole rap explosion and then Acid House but I don’t think we’ll have another 1977. It’s mainly about lots of things coming together and working at the same time.  When we came out there was only two or three channels to choose from. There’s far more diversions these days whereas back then we just used to get on with it. There’s a load myriad of reasons that add up to why it happened

I think people are definitely talking about those sort of things in songs but it’s just a case of whether it all comes together and gets the power to affect people like it did back then. I hope something comes through but I haven’t seen it yet. I don’t go to enough shows these days to know the answer. I’d like to think people would look back at people like Frank Carter and say he was a powerful artist

Are there any other current artists that you get excited about?

My son’s in a band so I tend to get my music through him now. I can never remember the names. I saw a great band in New York the other day actually that had a great name. They were called Ringo Deathstarr

You’re a huge Bowie fan. Is there anyway you can sum up what he did for music?

When we were younger we grew up with it and it was so important for the whole punk movement. Transformer, the album he did with Lou Reed, was massively important as well. Stuff like that we all considered really cool. To me he was constantly pushing music. Especially when you hear stuff like Low and Heroes and the stuff he did with Iggy Pop. Those records were so important to the punk movement. And to me those records still sound as modern as anything today 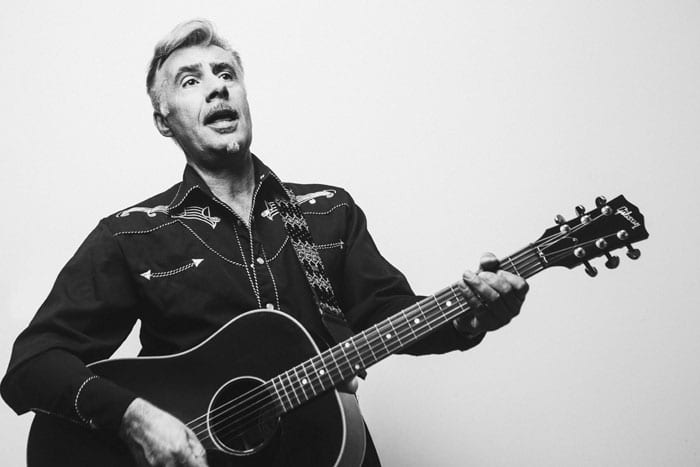 What are your favourite memories of Manchester?

Manchester’s been great to us. Some of our most important gigs were there. We did two at the Free Trade Hall, which people talk about as a seminal gig. They say every band in Manchester was there and that everyone in the audience went and started bands afterwards. Then we did So It Goes, Tony Wilson’s show, which was our first TV appearance. Then we played the Electric Circus when we got back together.

I’ve spoken to Peter Hook about the Free Trade Hall gig and he said it was life changing. Did you feel the impact at the time?

Not really. At the time and with any gig it’s just like a little roller coaster that you go on. It was quite strange though because there was barely anyone at the first gig and then the next day it was sold out. But we don’t necessarily see the importance of things until you look back on them.

I think the people. Definitely. The city’s a big melting pot these days and it’s just got an edge to it. People have got an attitude and it’s great.