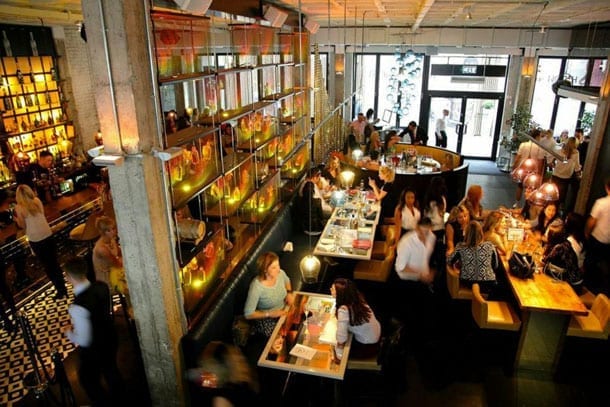 As you all know, Manchester has the cosmopolitan and atmospherical similarities to New York and Manchester’s coolest Manhattan style hangout Neighbourhood is bringing a bit more of the Big Apple to the city. Could we BE more excited!?

The New York eatery and bar, set in the heart of Spinningfields, launches their Manhattan inspired Brunch Club on Sunday 21st April starting at noon and going on till late.

The Brunch Club phenomenon has swept New York City for the past few years attracting hedonists keen to extend the party past Saturday night.

Neighbourhood are giving it their own twist.

Expect champagne, a delicious brunch, incredible music and a party full of surprises.

New York City’s DJ Lexey will making her first trip to Manchester to start the party with her eclectic set of pop, house, rock, hip hop, funk and soul and latin music. Lexey is resident DJ at all the NYC hotspots and has also travelled worldwide performing for brands such as NIKE, Tiffany’s, DKNY and Victoria’s Secret.

“I’m so excited to bring a little New York flavour to Neighbourhood. Spring is in the air and this will be a perfect time to debut the Brunch Club party. Expect a fun high-energy atmosphere with tunes that span across the decades and keep the champagne flowing all before sundown! ”

“We were shocked when we visited our first brunch club in New York, such an amazing party in the middle of the day, it was like being transported to the South of France for an afternoon. That’s what we are bringing to the city, an element of escapism. Expect a beautiful brunch where everyone let’s their hair down and has a good time, we definitely don’t do things by halves.”

Visit Neighbourhood’s website for a sneak preview of what to expect at Brunch Club as they do their own Harlem Shake www.neighbourhoodrestaurant.co.uk/Brunch-Club

To book a table or for more details call 0161 832 6334 or email reservations@neighbourhoodrestaurant.co.uk