My Night with Reg reviewed: a reminder that living for the moment is more than a car bumper sticker slogan 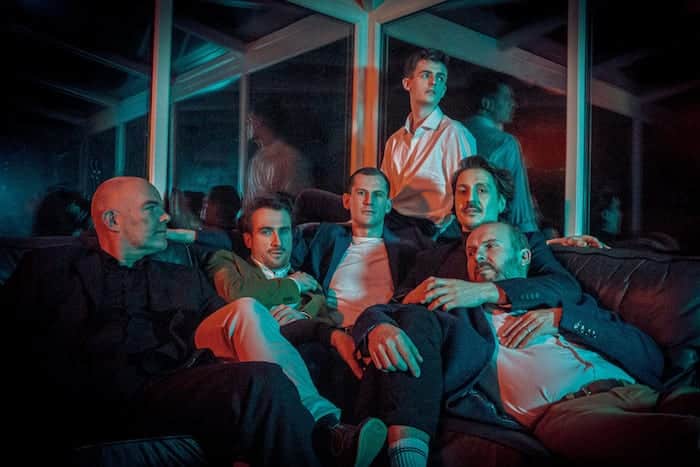 Kevin Elyot’s My Night with Reg revolves around get togethers and doorbells signalling the arrival of a guest who may put a cat amongst the pigeons.

But there are several key differences which set this play aside from the usual drawing room comedies. It’s one of those plays that creep up on you.

The setting is London in 1985 and a gathering of a group of friends with many benefits at Guy’s house. He is unlucky in love and finds himself as a host with many secrets because one by one the guests tell him something they dare not tell anyone else.

This group of men lead complicated lives. They are free in the sense that they have financial security and each other. But they live in the shadow of something which will break them. This is where the play excels, because Elyot keeps the laughs coming and juxtaposes comedy with tragedy.

I was reminded of The Big Chill and Abigail’s Party, but the cleverness comes from getting to know these men, warts and all, and then seeing how AIDS disrupts their lives and tears them apart.

Simon Hallman plays Guy with a real sense of disbelief as his friends constantly surprise him with their many revelations. But all the while in life he seems to be jogging on the spot His body language is that of a man who just wants to be loved.

David Gregan-Jones’ Daniel is gregarious, camp and witty. Yet behind this mask is a man who is grieving not just for what he has lost, but because his partner may have been playing away from home.

Marc Geoffrey and Steve Connolly are both excellent as the couple Bernie and Benny. Bernie picks away at Benny with barbed comments but loves him dearly whilst Benny can’t stop himself going after anyone else. He is almost addicted to the chase.

Nicholas Anscombe plays John with a sense of mystery. He is the subject of unrequited love because Guy adores him but has never said anything. Anscombe plays him with the right amount of enigma but he is a character who is difficult to read because he feels more like a plot device than a fully fledged character.

Youth and optimism are supplied by handyman and barman Eric, played with wide eyed innocence by Alan Lewis. His scenes with Simon Hallman are heartwarming and heartbreaking at the same time.

This is a play which feels initially like a sitcom but, like the plays of Mike Leigh and Alan Ayckbourn, the stakes are high, with poignant moments at every turn. There is something serious underneath each gag to get you thinking.

Mart Crowley’s Boys in the Band featured waspish characters lashing out one another because their lives were not quite as rosy as they seemed.

The late Kevin Elyot has left us all with a rich and nuanced play which avoids some of the stereotypes and clichés associated with films about AIDS. This is not about the illness, more about what it leaves behind.

Dan Ellis and Dan Jarvis’s production is both painfully funny and beautifully performed and reminds you how living for the moment is far more than a car bumper sticker slogan.

My Night with Reg is at The Lowry until Saturday 25th January.