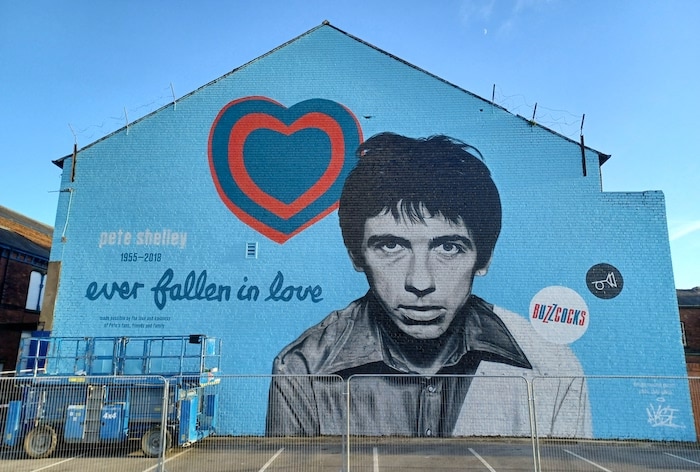 A mural celebrating the life and legacy of Pete Shelley is to be unveiled in the musician’s hometown of Leigh following years of fundraising.

Wigan Council has worked closely with The Pete Shelley Memorial Campaign to place the mural close to the new state-of-the-art archive facilities at Leigh Town Hall and the historic Turnpike Centre.

Pete Shelley is one of the most influential musicians the UK has ever produced, best known for his work with punk iconoclasts Buzzcocks.

Pete wrote a stream of classics in the late 1970s, including their biggest hit Ever Fallen in Love (With Someone You Shouldn’t’ve), which reached number 12 in the UK chart in 1978.

He also pursued a successful solo career in the 1980s. His song Homosapien charted in the US in 1981. 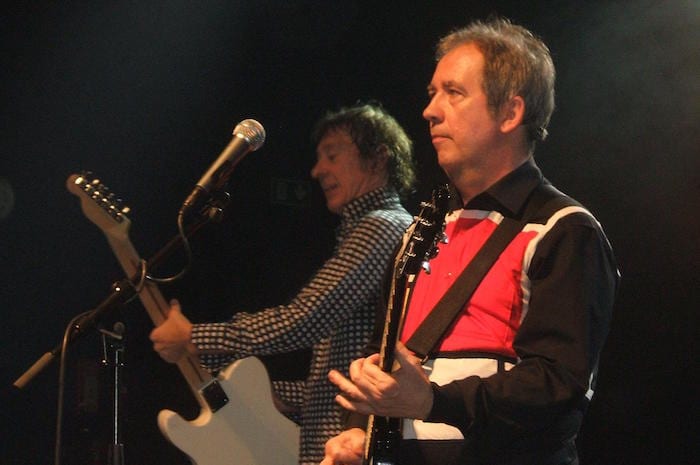 “Personally, I was a huge fan of Buzzcocks in my youth so to be involved in this is a huge honour.

“Pete’s hometown was Leigh and we are proud to give this mural a prominent spot that celebrates his amazing career in music and inspires others.”

The mural will be unveiled on 10th July and has been accomplished through over three years of fundraising coordinated by The Pete Shelley Memorial Campaign.

It has been created by a collaboration between graphic art pioneer Malcolm Garrett MBE, and the highly acclaimed street artist Akse P19.

It combines a seminal image of Pete from the 1970s and graphic art taken from Buzzcocks most successful song Ever Fallen in Love (With Someone You Shouldn’t’ve).

The project has also been supported by MS Properties (Northern) Ltd which has allowed their building to be used for the mural.

“As a family we are delighted to have Pete back in his hometown and looking as vibrant as he ever was,” said Howard Lycett and Rebecca Hamilton, cousins of Pete Shelley and both still living locally to Leigh.

“Pete was always incredibly proud of his northern roots, and we hope that the mural will help Pete’s legacy live on and inspire more young artists and musicians to break down barriers and follow their dreams.”

The unveiling celebrations will start at 12pm on Sunday 10th July, with speeches led by Malcolm Garrett and other special guests in front of the mural.

Then from 1pm there will be a free post-unveiling show upstairs in The Turnpike Centre led by the superb Buzzcocks tribute band BUZZKOCKS, and Leigh punk luminaries STATIC LINE.

You can learn more about the story of Pete Shelley Memorial Campaign here.