Manchester’s famous Chop Houses have signed up to help save lives at sea by raising funds for the Royal National Lifeboat Institution.

They are starting by adding an optional 50p per fish dish at all three of the historic Chop Houses – Sam’s on Back Pool Fold, Albert’s in Albert Square and Tom’s on Cross Street – from the 13th October to the 13th November in aid of the RNLI’s annual fish supper fundraising campaign.

The Chop Houses will also be holding fundraising dinners, themed quiz nights and plan to recreate the world’s first ever public collection for charity which took place in Manchester in 1891.

The money raised by will help fund a new Shannon Class boat for Lytham St Anne’s RNLI, which will arrive on station next year.

Chop Houses owner Roger Ward is a keen sailor and has long harboured a wish to be part of an inshore rescue crew.

“Like many of my friends I spend a lot of time on the water and have occasionally found myself in some difficulty with unpredictable weather off the coast of Scotland. The RNLI Rescues an average of 23 people a day and its volunteers do an amazingly brave job.”

Lowry had a great fondness for the sea throughout his life and painted many seascapes. He once said, “It’s the battle of life – the turbulence of the sea. I have been fond of the sea all my life, how wonderful it is, yet how terrible it is.”

RNLI volunteers provide a 24-hour search and rescue service in the United Kingdom and Ireland from 238 lifeboat stations. It has more than 1,000 lifeguards on over 240 beaches around the UK and operates a specialist flood rescue team which can respond anywhere across the UK and Ireland when inland flooding puts lives at risk.

Since the RNLI was founded in 1824, its lifeboat crews and lifeguards have saved at least 140,000 lives. Volunteers make up 95% of the charity, including 4,600 volunteer lifeboat crew members and 3,000 volunteer shore crew.

The charity relies on public donations and legacies to maintain its rescue service.

“This newest addition to the RNLI fleet will be propelled by waterjets instead of traditional propellers, making her the most agile and manoeuvrable all-weather lifeboat yet,” says community fundraising manager Sophie Woods.

“Its top speed of 25 knots means the volunteer crew at Lytham St Anne’s RNLI will be able to reach casualties even faster. It is brilliant to have the support of the Chop Houses in helping us get to our total.” 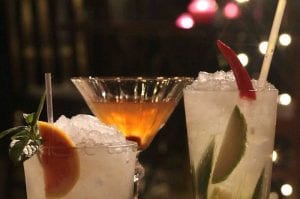 Enjoy a tequila fiesta at this top Northern Quarter bar 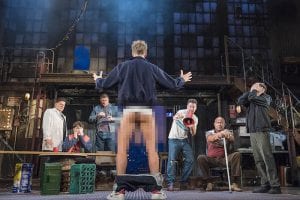