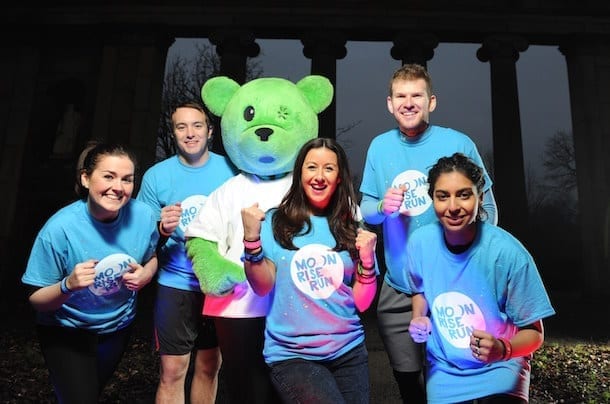 Remember those resolutions we all made to be healthier, work out more, and go for a run every day? Well the Moon Rise Run is the perfect excuse to stick to it and get training! Hosted by Coronation Street’s Hayley Tamaddon, Moon Rise Run hits Heaton Park on April 18th making its international debut.

“Combining fun and fitness
after dark…”

As night falls, the 5km course will be transformed into an enchanting passage through the park. Runners will be given LED moonbeam wristbands as they run the track across the finish line. After the run, participants are invited to join a post race festival where they can enjoy live music, DJs, artisan street food and a bar amongst glowing, lantern-lit trees.

There event has already caught the eyes and ears of many local celebrities with Coronation Street’s Hayley Tamaddon pledging support for the new event. She’ll be braving the elements to light up the park in a Moon Rise Run t-shirt!

“The Moon Rise Run is right up my street! Combining fun and fitness after dark sounds like a great experience, and I think its fantastic when anyone chooses the North to debut a new event. The Royal Manchester Children’s Hospital Charity is a truly amazing organisation‐ the fact that Moon Rise Run has teamed up with them sealed the deal for me for getting involved. Hopefully a gang of us from the street will be there to see Heaton Park transformed!” 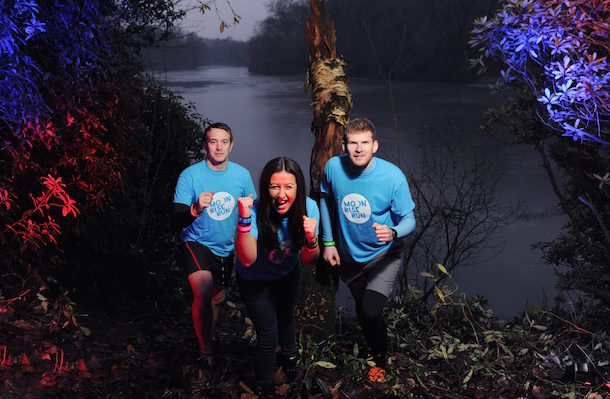 The course is a gentle exploration of the park and welcomes runners of all ages and levels of experience and the event is meant to combine fitness and well-being with fun and socializing in a beautifully decorated environment.

Moon Rise Run is delighted to announce that they’ve teamed up with Royal Manchester Children’s Hospital Charity, who are an official local charity to the event. Participants can either donate to the charity of choose to fundraise on their own.

“We’re so excited to be presenting this brand new event, and are certain that Manchester is the best place for us to launch it. We’re going to create a completely unique experience and in such a wonderful park, we expect it to be magical and utterly memorable. As the UK’s most exciting and forward thinking city, we hope that Manchester will love the idea as much as we do!”

“Royal Manchester Children’s Hospital Charity are really excited to be partnered with the Moon Rise Run in Manchester. The event is unique as it is so much more than just a run, we are really pleased that the organisers have chosen to bring their first ever event to our wonderful city. We hope that when people are signing up to take part they will consider ticking the box to run for Royal Manchester Children’s Hospital. Whatever amount people can raise, no matter how big or small, will help us to make life easier for the 200,000 children that we treat each year from across the North West and beyond. With the support of the Manchester Moon Rise Runners we can ensure that our hospital isn’t just the largest children’s hospital in the UK but also the very best.”

The ticket price to the festival gains each runner entry into the race, a limited edition Moon Rise Run T-shirt, an LED Moonbeam wristband, race number and entry into the post-race festival. Not much of a runner? Not to worry! Festival-only tickets are also available to allow supporters the opportunity to celebrate after cheering on their friends and family.

The race will start at 7.45pm and the post-race festival will end at 11pm.

Tickets for single entry, groups, and festival‐only are on sale now.

For more information on tickets go to moonriserun.eventbrite.co.uk