As Michael Carrick prepares for his Manchester United testimonial, marking 11 years with the club, there are still those who doubt in his abilities as a footballer. So should he be considered as one of the greats? 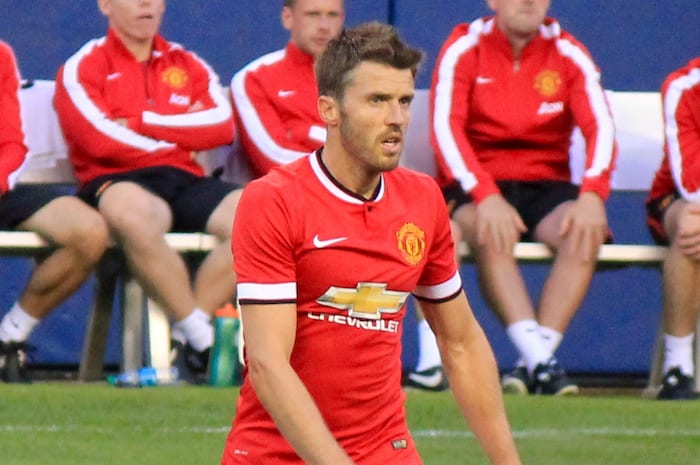 There’s a tendency to trivialise footballers’ careers once they approach retirement. Questions emerge about whether they’ve done enough to merit their place in the history books, but as Michael Carrick prepares for his Manchester United testimonial, there are still those who question his impact in English football.

After 11 years at the club, Carrick will finally be awarded a testimonial which will feature a match between members of the European Cup winning side of 2008 and the Michael Carrick All-Stars.

There will also be an All-Stars team which will feature Steven Gerrard, Frank Lampard and Michael Owen, with more stars set to be announced in the coming weeks.

It’s ironic that the All-Stars side will include both Gerrard and Lampard, the two players who effectively prevented him from earning more caps. It’s especially ironic that the Gerrard-Lampard partnership never really worked either, with Carrick being consistently overlooked at both the Euros and the World Cup.

It certainly makes for odd reading that despite playing in three Champions League finals and having won two more Premier League titles than both of them combined, the United midfielder has earned 186 fewer caps. Equally startling is how players like Scott Parker, Fabian Delph, James Milner, Jordan Henderson and Phil Jones were often preferred in front of England’s defence.

Throughout the footballing world, different sets of fans have grown accustomed to their respective countries’ play styles. They judge their players on varying ideals and standards that are much different to our own. In Italy there is more emphasis on defensive play and ball retention, while the Brazilians crave a more fluid and creative game.

For years England have been stereotyped as a kick-and-run team, something which has tarnished the side on the international stage. Despite countless managers and different formations, they have never been able to keep up with their rivals. So while England have been treading water, the likes of Spain and Germany have been going from strength to strength.

Players are expected give their blood, sweat and tears in an England shirt. They’re told to play with passion. If a player goes in for a big tackle or chases after a lost cause they’re lauded by the fans for their effort, but when a no-frills player like Carrick comes along and offers some stability, his performances often go unregistered.

To most people, they will just see a player that passes the ball from side to side and plays it safe, but what they don’t realise is that he dictates the pace of the game. He retains possession, he picks and chooses his passes like a boxer, and most of all, he helps the rest of the team get out of trouble even if you don’t notice.

While those around him would lose their heads, Carrick could always be relied upon to inject some composure. His game is based on positioning and placing himself where the ball is going to be. His intelligence allows him to win the ball with smart play, rather than launching into an eye-catching tackle that comes from being out of position in the first place.

Had he played his trade in Spain or Italy, his game would have been more appreciated. To say that Michael Carrick has been underrated in his career in an understatement. He was just ahead of the game.

With the midfielder’s contract coming to an end this summer, Carrick has admitted he is yet to discuss his future with the manager. If this season proves to be his last in football however, then he can surely hold his head up high as one of the classiest players in the game.

Eat your heart out, Andrea Pirlo.