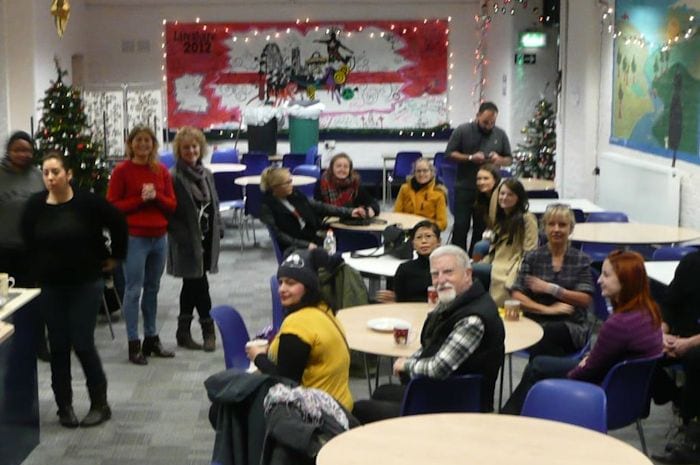 When you take to the streets of Manchester this Christmas, you’ll probably be doing some Christmas shopping and going to the festive markets. But some people will be taking to the streets for a very different, much more important reason – to help the homeless and vulnerable.

Last year saw a 63% rise in the number of rough sleepers in the city and this winter will see even more people out in the cold. Many people question the best way to help people in this position. Should you give them money? Should you give them food? Or do you walk past because you’re not sure what to do?

Another way to help is by getting involved with one of the charities working with homeless and other vulnerable people. Whilst other organisations in the city close over the festive season, Lifeshare turns Charter Street Ragged School on Dantzic Street into a place where vulnerable and homeless people can feel cared for over the festive period, giving them the company at we so often take for granted. 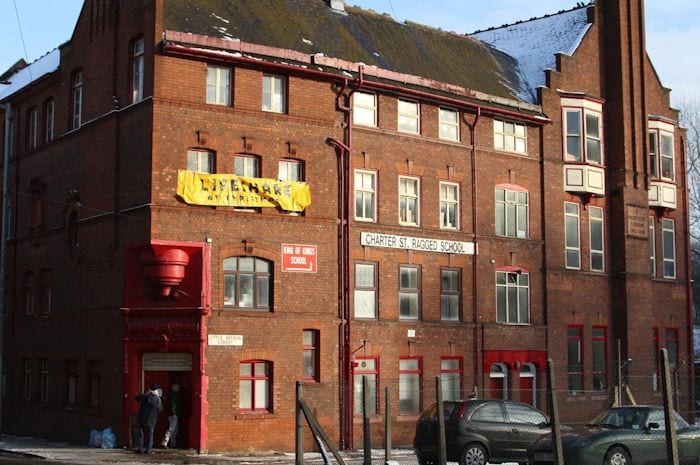 ‘Christmas is when I’m not invisible,’ is a regular comment from people who use Lifeshare.

Last year they served 161 silver service Christmas dinners, gave everyone a Christmas present and even had visits from the stars of Coronation Street and Emmerdale.

They don’t just provide food but showers, clean clothes, nurses and doctors, entertainment and even a hairdresser.

“A stand-out thing is when we properly clean and dry client’s clothes,” says team leader Judith Vickers. “It can mean a huge amount to them. To pull on some clothing and to smell that fresh, clean scent can be an experience they may not have had for months.”

This year they are even hoping to have a doggy well-being clinic so their clients’ pets can be attended to.

“Homeless people with pets often do not receive the services they need due to other organisations not accepting animals, but we welcome them here. We’ve even had a floppy-eared rabbit in the past! We accept people from all walks of life so people can contribute in many different ways.”

This year the Christmas project is open from 23-29 December including Christmas Day. They have been accepting applications from volunteers to help out since early October and places have been largely filled – but you can still help.

They are currently collecting donations of food, clothing, bedding – sleeping bags but not duvets or blankets – and toiletries as part of the appeal. Even things we take for granted can be meaningful donations like toilet rolls and cleaning materials.

“We really need donations,” says Judith. “And if people want to get involved and do a collection for us – this would be fantastic. After all, we always aim to make our Christmas event bigger and better than last time!”

And Lifeshare isn’t just for Christmas. It’s 52 weeks a year. They host a breakfast session for homeless and vulnerable people every Saturday and Sunday – and there are more people in need than ever.

“Whilst a few years ago 90 people may have been considered a busy breakfast session, now we regularly serve up to 125.”

As the number of homeless people and those facing hardship has  increases, another benefit cap coming into force on January 23 2017 may hit people hard.

“That’s why we are determined to provide the support that matters more than ever.”

You can donate money and goods at Charter Street Ragged School and the office at 27 Houldsworth Street.