The Great Taste Golden Fork for the best food or drink from the north of England was presented to Rogue Artisan Ice Cream for its “epic and insanely delicious” Sicilian Bronte pistachio ice cream, which Ruben Porto has been perfecting for six years using equipment designed for a science lab.

“Hugging the mouth” with roasted Sicilian pistachios from Bronte and a hint of sea salt, this “simply stunning” rich, smooth and “moreish” ice cream is “perfectly balanced in every way,” said the judges.

Not bad for a man who has only been making ice cream full-time since last year, is entirely self-taught, and operates from a tiny kitchen in Salford. 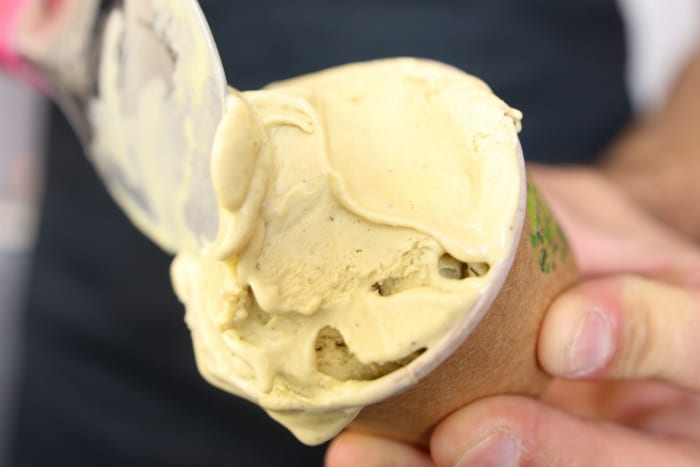 Ruben graduated from Aberystwyth University in 2007 and started law school in 2008, but dropped out after a week. He then travelled extensively, teaching English in Cameroon, Japan, South Korea, Spain, Portugal, and Kuwait.

“But I always wanted to start a foodie business,” he says. “I fell into the whole ice cream thing when I went to the States. I spent about three months out there and I found myself going to the same ice cream shop three or four times a week. This was when I graduated, so about 2008.

“I wanted to do it myself. So when I got back, I got some books on the history of ice cream production.”

Ruben started researching and blogging about the science behind ice cream in 2011. After several years, he decided to put his knowledge into practice and turn the products he was making at home into something more commercial.

“Before I came here last year I was teaching English in Kuwait,” he says. “I was working for the military teaching the officers English ready for them to come over here for training with the British Army.

“My partner was getting a bit frustrated with me being away all the time. So I thought, well perhaps now is the time to move to Manchester and start a small business. Manchester looked like a nice city with a good foodie scene. I thought it would be a good location to start.”

Ruben started his business from nothing, and spends months perfecting each of his products.

“I’ve got about five or six flavours that I’m happy with now,” he says. “The idea is to concentrate on a few flavours and do them very well.” 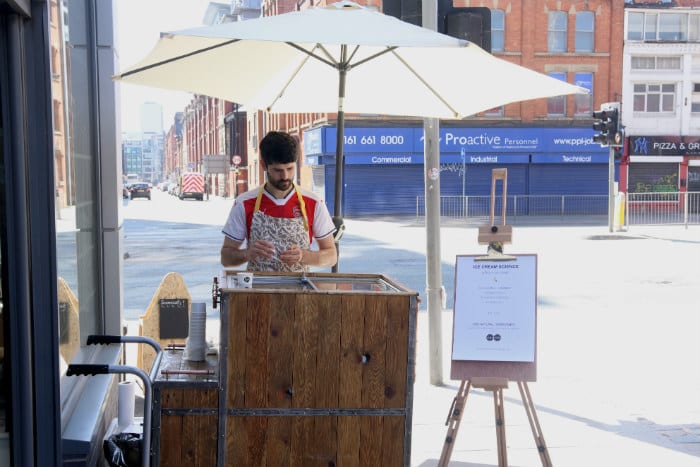 The Golden Fork-winning Sicilian Bronte pistachio is his most popular flavour, followed by salted caramel.

“I’ve also got a roasted hazelnut one, and an espresso martini flavour which has a good kick of Kahlúa,” he says. “Plus a single origin Sumatran coffee, which also won three stars at the Great Taste awards.

“I’m also working on a single origin chocolate flavour, but it’s taking a very long time. It’s tricky to get the balance between the milk and chocolate solids, and I haven’t quite perfected it yet. But hopefully it won’t take too much longer.”

The next project Ruben is working on is a high-quality vegan ice cream, which he hopes to have ready in the coming months.

“I’m reading about using coconut cream or pistachios as the fat source, and flaxseeds and chia seeds to increase the solids content. And you can also use orange peel fibre,” he says.

“So the idea is to make a vegan ice cream that is really high in fibre, low in sugar and is actually quite good for you. Or at least not as high in fat and sugar as traditional ice cream.

“I hope it will be the first really good quality healthy ice cream.” 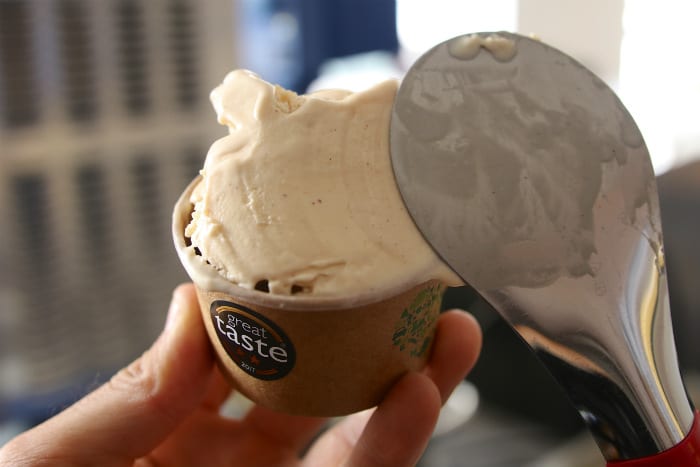 The secret to all great ice cream is simple, says Ruben – quality ingredients. It sounds obvious, but many brands use artificial flavourings to keep costs down.

A recent Which? survey revealed that one in five vanilla ice creams sold in supermarkets don’t even contain any vanilla, cream or fresh milk, so it’s reassuring to hear Ruben’s passion for only the best ingredients.

His pistachios come from from a small farm in Sicily.

“It’s so expensive to use the real thing, so I’m not surprised that people attempt to use artificial flavourings and colourings,” he says. “But you just can’t emulate that flavour of real ground pistachios. It makes such a huge difference. If you see a bright green pistachio ice cream, it’s probably fake.

“If you want the best quality flavour, you need to use the best quality ingredients. And if that means paying £47 a kilo, then so be it. My number one priority is quality. This is why some of my ice creams are expensive.”

Ruben’s obsession with quality is the reason you won’t find his ice creams widely distributed across the city.

“The longer you store ice cream, the larger the ice crystals grow and the flavour molecules evaporate,” he says. “So I don’t really like the idea of storing my ice cream for long periods of time. Each event I do, I make the ice cream the day before. I don’t like to store it for long periods.

“You might find me at a few of the makers markets, in the Northern Quarter and in Spinningfields. I’ve done Altrincham Market. I’ll hopefully be starting to serve ice cream in the food hall at the University soon. But mostly, I’ll pop up outside Ancoats General Store. If the weather is nice, I’ll try to be there Fridays, Saturdays and Sundays.”

“Once a month I deliver two Ben and Jerry’s sized tubs directly to people’s doors,” he says. “It’s £19 a month, which is quite steep, but I hope the quality justifies the price. And it’s the freshest ice cream you can get.” 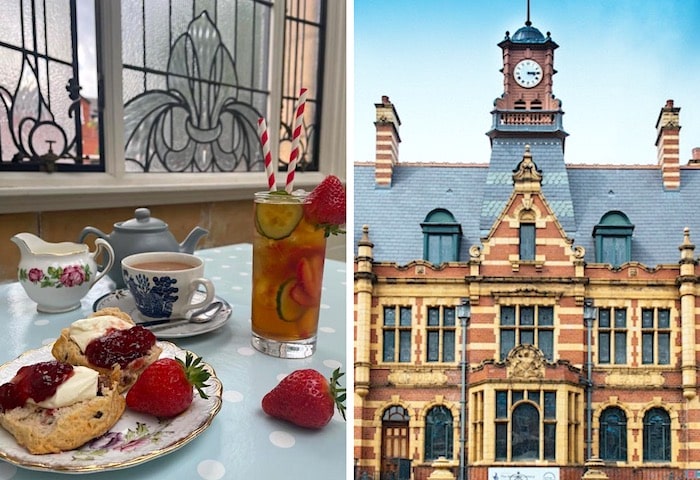