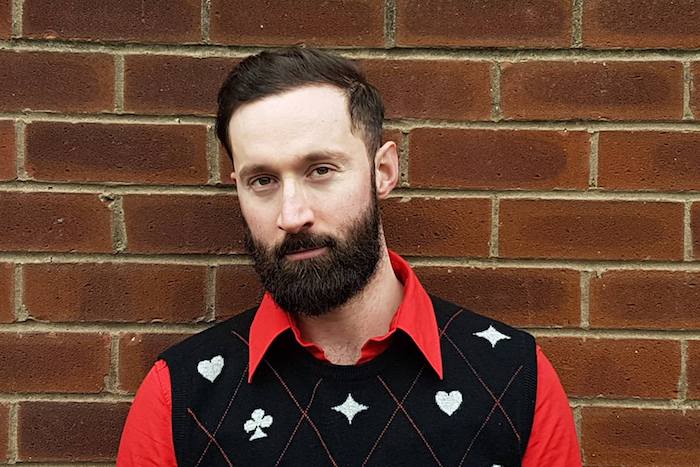 Jamie Starboisky is the founder of Manchester’s Queer Media Festival, the only festival of its kind in the UK.

The aim is to inspire and show people in the LGBTQ community how to become innovative storytellers using digital platforms such as podcasts, virtual reality and mobile filmmaking.

“It’s an opportunity to discover how you can make a difference rather than just being an onlooker and being given the skills, abilities and knowledge you need,” says Jamie, who launched the festival after attending a TEDx talk at The Lowry with Chocolat author Joanne Harris.

“She talked about how stories have a momentum, a butterfly effect and ripples. It was such an inspiring speech and I just loved the construct of TEDx, I thought I’d do a queer version of it.”

Now in its fifth year, for the first time the festival will be held over two days, on 3rd and 4th November. There will be three workshops as part of the Why Don’t You…? event, screenings, performances, and an homage to Freddie Mercury including Battle of the Freddies: Black and White Ball, inspired by Freddie’s infamous 39th birthday party.

“Freddie didn’t really follow any labels. He never said he was gay or bisexual, he just lived his life and wasn’t in a box. I think in these days of being restricted, of categories and boxes, he’s someone people aspire to be like,” says Oldham-born Jamie, who tells us more about the festival and how he hopes it will continue to impact people’s lives.

How did the festival come about?

I was studying broadcast journalism at the University of Salford and hosted the first festival in February 2014 on university premises. The following year I pitched it to Contact theatre as part of their Queer Contact Festival, and then HOME was built, which was more in keeping with our media theme. We’ve been there three years and this year have branched out to have our workshops at The Sharp Project so it’s more hands-on and interactive.

What’s the aim of the festival?

It’s about inspiring people to create and tell their own stories, to encourage them to produce content and lift-up their voices, because stories just aren’t being told. It’s still difficult to get positive LGBTQ representation on television and film. It still has to be talked about and analysed and it’s still seen as controversial. This is life, people are living these experiences and they deserve to have their story told. But it’s not just about mainstream TV anymore, it’s what’s on the internet, which is why the festival exists. This is the opportunity for people to tell their own story and you don’t have to be commissioned by the BBC to do it anymore.

What can you tell us about the workshops?

Our workshops are in mobile filmmaking, virtual reality and podcasting. You can tell a complex story in a one or two-minute film, so we show you how to film and edit on your phone. You can learn podcasting and how it’s possible to have a much more in-depth chat with someone, and with virtual reality, even if you’re not down with the tech, you can learn the basics and what’s available to download. The workshops are 100 per cent aimed at beginners. There are taster sessions in the morning and then you can decide which one you want to focus on in the afternoon. It’s flexible, a lot of fun, and you can use these digital skills in your day-to-day job, too.

What impact can mobile filmmaking have?

Everybody’s got the opportunity to get their voice heard these days, and what mobile filmmaking can do is provide you with a face to look at. It can break down barriers and borders and create understanding. There’s a lot of misunderstanding about the transgender community, so I’ve been encouraging transgender people to make films on their phone. I did a one-minute film with the founder of Manchester’s Trans Creative, Kate O’Donnell at Piccadilly Train Station where she asked people the rude, impertinent questions she gets on a daily basis as a trans woman. We sent it to the UN and it was used in a marketing campaign as part of their sustainable goals.

You must be feeling proud of what you’ve accomplished?

I am, it’s amazing. I’ve met so many creative people through it. It’s opened doors for me, too. In the first year of doing the festival, the university gave me a funded opportunity to do a study at University of California. I did LGBT studies while interning at Outfest, which is the Los Angeles LGBTQ festival. That was amazing, I was in Los Angeles for three months. A guy from Oldham living in Hollywood, it doesn’t even compute. It’s like Billy Elliot.

What does it mean to host the festival in Manchester?

If I was in London, I’d still be in zone six above a pub. But because I’m in Manchester and Manchester supports that level of creativity and self-starters, I’ve been encouraged, and now I’m at a £25million arts centre. I’m proud but also amazed and little bit incredulous. The thing is I’ve only received small amounts from Manchester’s Superbia fund. It’s a small team so I’ve squeezed every bit out of ticket sales and the funding we’ve had. This year we’ve expanded to two days, but I think we’ve got to the tipping point where we should look at more funding to become bigger and better.

The Queer Media Festival runs on 3rd and 4th November.