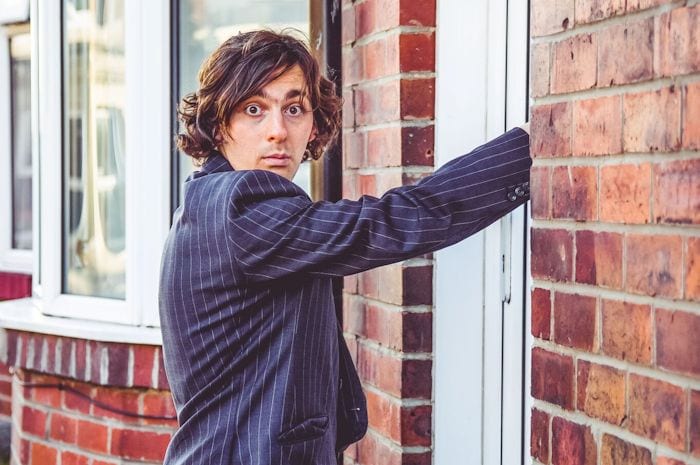 Rowan McCabe has a way with words. He has taken door-to-door poetry around his home city of Newcastle and has appeared at The Royal Albert Hall and Glastonbury.

He came to Salford recently, knocking on people’s doors. He wasn’t selling poems. He was asking people for their experiences. Specifically, their experiences of the historic Bridgewater Canal.

Named after the 3rd Duke of Bridgewater, Francis Egerton, it was opened in 1761 to connect Manchester with Worsley, where he owned a number of coal mines. It was later extended to serve Runcorn beyond Manchester and went onto Leigh at the Worsley end.

Rowan’s door-to-door poetry is the latest chapter in Est.1761, a programme of activities intended to engage local communities with the story of the canal as it undergoes a £5.5million restoration. 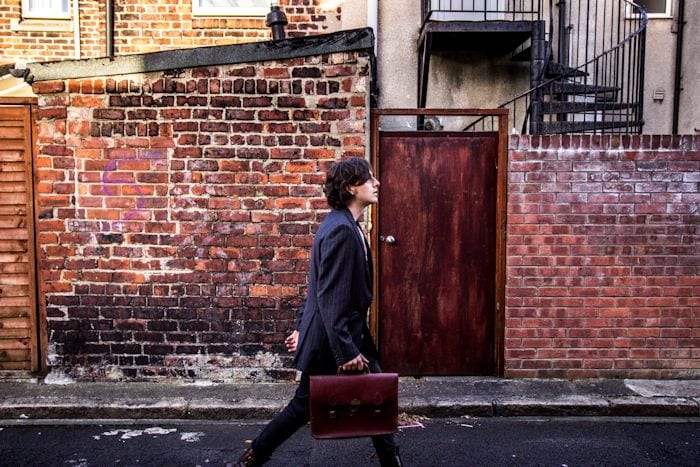 “It was a slow start at first,” he told us, “Typically one in every ten people answer and then one in ten of those probably says yes. It can be difficult after a while with no response.

“Even the worst ones aren’t as bad as you think. People telling me to piss off. Slamming the door in my face, that sort of thing. But that doesn’t happen very often at all.

“The stories were really interesting. Some even provided different sides of the same subject. For example, I spoke to one person who was a cyclist who said that although they loved cycling, they found the canal really difficult to navigate on a bike, often because of litter, things like that.

“Then I spoke to a couple who were typically used to using the canal as pedestrians and hated cyclists! That’s the great thing about a poetry project like this though – finding a diversity of insight and opinions.

“One of the best stories has to be from one the last guys I interviewed, who told me of the time his mate skated along the canal at New Year when it was frozen over – in order to get the pub.

“I was really pleased that we didn’t end up with any boring subjects. All were interesting and brought different imagery to mind. I liked the idea of picturing the canal as a mad bike obstacle course, for instance. Then the variety of things people were keen to talk about played a part too.

“One woman told me that there was a mink that used to live across the canal, and then there was another story about a rabbit trying to swim across. I didn’t even know rabbits could swim!”

What was it like door-knocking in a place he wasn’t particularly familiar with?

“I kind of liked that I didn’t know the area,” he said, “so I didn’t make assumptions. I approached things with an open mind.

“Of course I had a look round the canal too, though I wasn’t used to the geese. All the hissing and everything. I ended up holding my arms out really wide and just trying to edge around. It was a bit of a novelty in itself really.”

It wasn’t just the geese that made an impression though. It was Salford people’s stories and their generosity which had a real impact on him.

“What really resonated with me was the story about the man ice skating down the canal. It was told to me by a guy who you wouldn’t have assumed would be into poetry  – and yes, I’d kind of made that pre-judgment that he wouldn’t be up for it. Yet his response was absolutely amazing. He said that his dad loved poetry and he just had to be involved. He invited us in, sat us down, even offered us a burger. It’s at moments like that it makes you question your prejudices and shows the importance of not being judgemental.”

Rowan is currently writing the poems, which he will deliver back to the individuals and also perform on Sunday 8 July as part of the Bridgewater Weekender at Duke’s Drive, Monton.

“The International Space Station. But, failing that, the next step is taking the project all around the country.”