"If you go on watching good films it will keep you in touch with the zeitgeist, and guarantees you wont have a mouldy old age..."
Share
Tweet
Share
Chat

The Manchester & Salford Film Society was established in 1930 and is still running today, thanks to the lifelong dedication of its 96-year-old president.

As the oldest continuously functioning film society in the country, Marjorie Ainsworth joined MSFS in 1939 when she was just seventeen years old.

“My husband, Tom Ainsworth, was my boyfriend then and he’d joined when he was 16, which was the age you were allowed to join a film society by statute,” she says.

“He persuaded me to join. It was just incredible. When you’re 17, you’re looking for new things and I found it. I found literature and cinema all at once. There was something worth doing, which opened your mind to different things.”

The Society is now in its 92nd season, with committee meetings held in Marjorie’s flat in Didsbury. 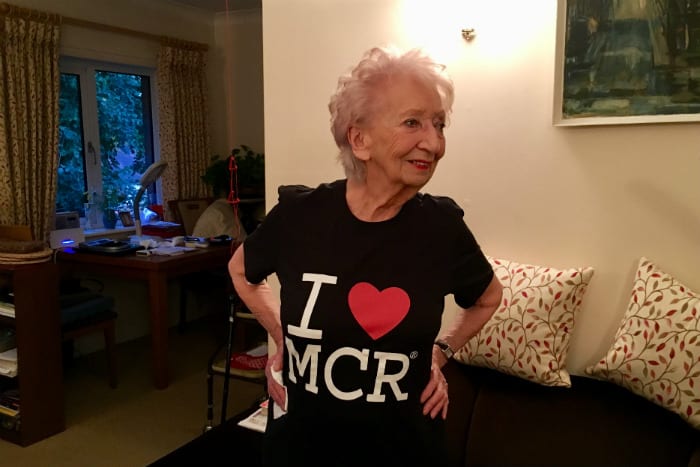 It began life as the Salford Workers Film Society, having been set up by a group of trade unionists.

“The Russian films were just coming over,” Marjorie explains, “so these Salford workers decided they would have a film society. It didn’t last very long before the Salford Watch Committee wouldn’t let them show a Russian film called Storm Over Asia, because it wasn’t too congratulatory to the British forces.

“But Manchester allowed it, they found it a venue and let them show it. So it became the Manchester & Salford Film Society.”

“It was obvious from the membership that the workers didn’t really want to know,” Marjorie continues. “They dropped the ‘Workers’ from the title and it became a general film society, showing arthouse films and world cinema”.

Throughout its 92-year history, the Society has had a number of different homes.

“Before the war, we used to hire a cinema for Sunday afternoons because there were no Sunday cinemas, it wasn’t allowed,” says Marjorie.

“So, once a month, we used to hire a whole cinema, with 35mm projectors. But when Sunday cinemas were allowed after the war, we couldn’t do that, so we went on a peripatetic movement to various places, until we found a home for 18 years at the Manchester Literary and Philosophical Society, who had a house in George Street. That was our best venue, until the one we’ve got now.”

The Society has faced its fair share of setbacks, such as its much-loved home literally falling apart.

“The building collapsed after 18 years”, Marjorie says, “because it was built with some super high aluminous cement, which was all the rage in the ’50s and it was useless. So we had to find a new venue and we went to Platt Chapel.”

Subsequently, the venue moved to the Little Theatre in Altrincham, where the Society still screens films every month. 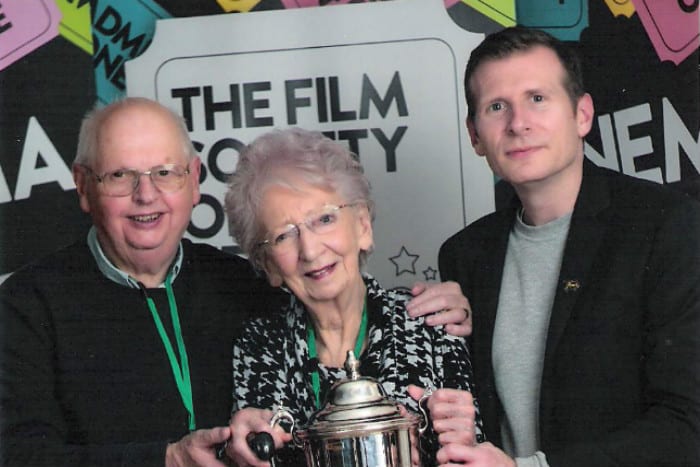 “Some Saturdays we’d have the venue all day and we’d show one of the famous trilogies, the Gorky trilogy or the Polish trilogy or Satayajit Ray’s Apu trilogy. We’d show all three and provide appropriate food. I made gallons of borscht”.

Marjorie has fond memories of seeing films in Manchester when she was younger.

“Market Street had a Continental Cinema which showed foreign films,” she recalls. “It had a Chinese restaurant underneath called the Ping Hong. There were dubious places like Liston’s Bar – it was full of old lags and lady wrestlers. It had a notable reputation, but it was fun. We used to go for a drink and see who we could talk to that was interesting”.

In a surreal touch, the transition from black and white to colour cinema was reflected in Manchester’s own transformation.

“Visually, it’s changed immensely, because it used to be black”, Marjorie says. “Every building was black, every pavement was black. And when it rained and you walked along the road, your stockings used to be covered with black.”

“When the Clean Air Act came in, everybody started to clean the buildings and it was just astonishing to see the university was gold with a pink roof.”

Cinema-going in Manchester has also changed significantly in the last 80 years. “Cinemas were different,” Marjorie continues. “When I was a child, and for some time after the war, in the ’40s and ’50s, where I lived, there were six cinemas within walking distance. Every little district had its own little cinema and it was sixpence to go in. So you could go to see a different film every night if you wanted to.

“There would be two houses – an early house and a second house. They used to have a programme Monday, Tuesday and Wednesday and change it for Thursday, Friday and Saturday. So with all those cinemas and all those different times, you could go every night of the week.”

The contrast with today is not lost on Marjorie.

“Nowadays, it’s so expensive to go to a multiplex,” she says. “It’s a night out – people have to make it an occasion, because it’s so expensive. It was just so cheap, it was something everybody did. It was a totally different experience.” 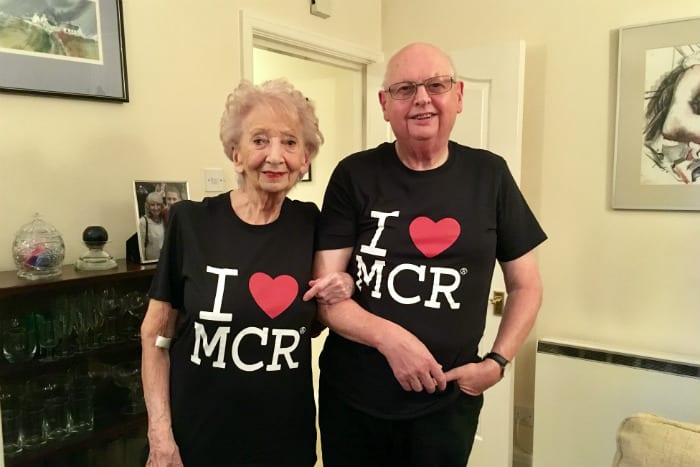 Marjorie remains an avid cinema-goer and still manages to attend screenings at HOME.

“I used to go to the Cornerhouse a lot,” she says, “because I could get on the bus and just get out. I’m 96 and I can’t walk very far at the moment but I’ve found some new friends who actually ring me up when they’re going to HOME and ask if I’d like to go with them. I always say yes.”

The Society is still run with “the same ethos” and remains open to the public. Membership costs £39 a season, covering 13 films and an annual short film competition event named after Marjorie’s late husband.

Marjorie’s contribution to film culture in Manchester has not gone unrecognised. At the recent Cinema For All annual conference, she was given a standing ovation.

When prompted for a speech, she recalls, she told the audience, “If you go on watching good films, it’ll keep you in touch with the zeitgeist and guarantees you won’t have a mouldy old age”.

To find out more and join the Manchester and Salford Film Society, visit their (new) website