Mancunians encouraged to donate books to children who need them most

The benefits of childhood reading extend far beyond entertainment. From encouraging cognitive development to recent research claiming higher literacy can help reduce the risk of depression amongst children, there’s no doubting the power of books.

When the British public were asked to name their favourite book for World Book Day last year, the top 10 was dominated by classics or children’s titles, including The Lord of the Rings, the Harry Potter books and the His Dark Materials trilogy.

“It is likely that many of these books are lasting favourites, first encountered in school,” said Sue Horner, the principal of English at the Qualifications and Curriculum Authority, at the time. 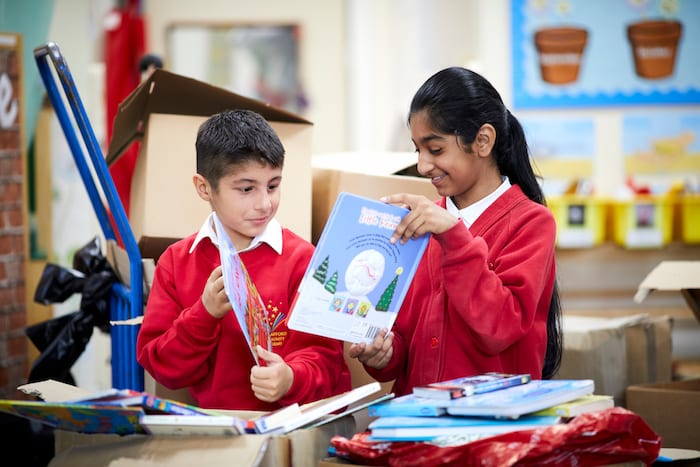 But research from The National Literacy Trust earlier this year revealed that 40,000 schoolchildren throughout Greater Manchester don’t own a single book of their own.

Now, a new Gift Of Books campaign is aiming to reduce book poverty amongst school children with the help of local book lovers.

Mancunians have been dropping off their favourite childhood reads at collection points since the start of March. The books are then distributed to those who need them most – over 7,000 have been received so far.

The first school to receive books was Webster Primary School in Moss Side, who have been gifted over 2,000 books.

“The children at school were so excited to look through the boxes and couldn’t wait to start reading,” says teacher Ashley Allsopp.

“They have been really inspired by the donation and have spoken about setting up book swaps and a book club so they can read them all!” 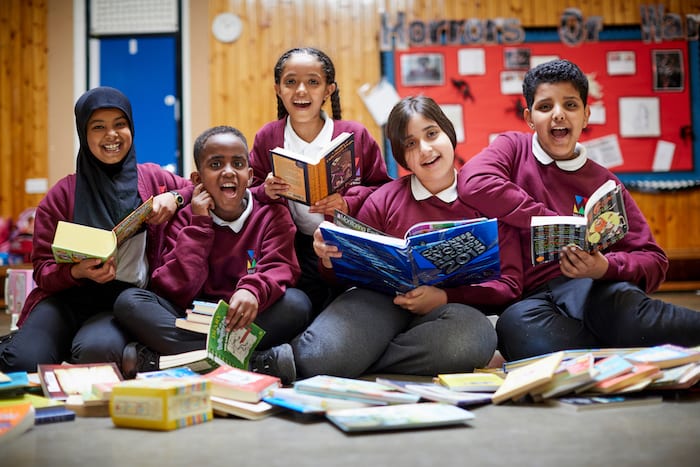 “We are looking to change the future of schoolchildren in Greater Manchester one book at a time by calling on the surrounding areas of the city to help us donate as many books as possible,” says Ian Cowley of Stockport business cartridgesave, who have organised the campaign along with independent charity The National Literacy Trust.

“The amount of support and donations we have received since the campaign launched has been brilliant, and shows the true spirit of the city.

“We would like to thank everyone who has donated so far, and it’s fantastic to see that they are going to the children that need them the most.”

Donations are open until 31st July.