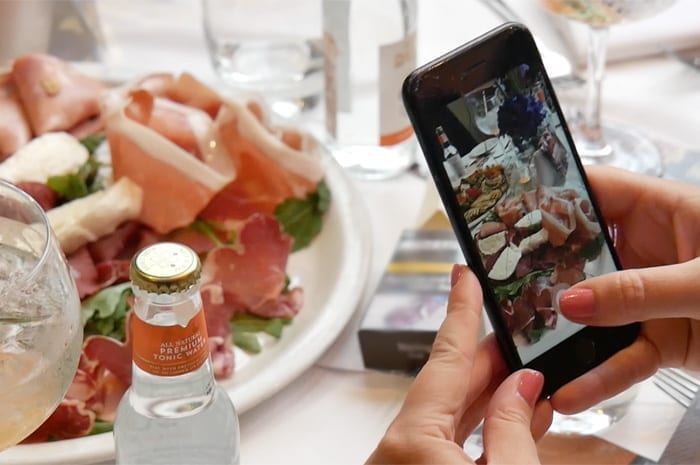 The food and drink industry is big business. According to official statistics, it generates a massive £2.5bn for the economy of Greater Manchester.

And with new places to eat and drink opening almost every week, the city has become a bit of a destination for gastronomic adventurers.

Many establishments suffered a downturn recently, with takings down by up to 40% as many people stayed away from the city centre following the Arena terror attack.

But it’s business as usual again and, given the volume of new openings, you could be forgiven for trying out new places.

But let’s not forget the old favourites. There aren’t many places that can claim to have been around for more than 30 years. Don Giovanni is one of them. It’s Manchester’s oldest, and one of its most popular, independently-owned Italian restaurants and it’s been serving fine Italian food since 1984.

Located on Oxford Street, adjacent to St Peter’s Square tram stop, the old Italiano occupies a large corner space with floor to ceiling glass for onlookers to peer in at the signature Veuve Cliquot orange booths, marble dessert and pasta station, and a reception adorned with beautiful bouquets.

If you need something a little more private for a special occasion, or you’re hosting an event such as a wine or gin tasting experience, there’s a private dining room with a polished French oak floor and full AV facilities which can accommodate up to 50 guests.

We were invited to Don Giovanni recently for an intimate evening with Manchester Three Rivers Gin.

It consisted of some interesting gin history from a super-friendly Three Rivers rep, tasting apertivo boards, gin-laced Italian desserts and, of course, lots of gin savouring including a delightful cherry squashed cocktail.

The food at Don Giovanni is pretty good too. DG has been introducing generations of Mancunians to real Italian cuisine for over three decades. Which is why there’s no surprise it’s been nominated for three awards (in the Best Team, Best Pasta and Best Restaurant categories) at the English Italian Awards 2017 which invite the general public to vote for their favourite Italian businesses across England.

The menu is classic Italian, as indeed are all the kitchen staff now according to owner Adam Karim, who is keen to make this as authentic as possible. It’s reasonably priced with starters from £5.95 and mains an average price of £14 – their head chef apparently ‘scours the local markets for new ingredients and inspirations’ and often-changes the A La Carte menu.

They’ve got our vote.