A lido: an open air swimming pool where back in the 1950s and 1960s bathing belles  tottered around in their white one pieces and stilettos vying to become Miss Somewhere or Other.

They were fashionable in their time but had all but vanished by the 1980s – even at seaside resorts. Clearly, global warming wasn’t an issue when they were closed down, drained and filled in.

A couple of years ago, we lamented the fact that Manchester has got everything except a beach..and a lido.

But now the lido is making a comeback. The latest opened recently in Saltdean near Brighton. And next month Lido MediaCityUK is set to open at Salford Quays.

We know Salford Quays isn’t technically in Manchester, but the lido will be operated in the iconic Dock 9 at the old Port of Manchester – the Manchester Ship Canal. 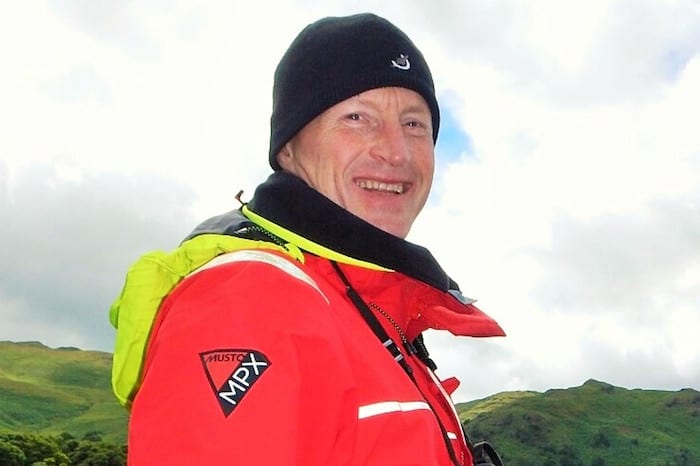 The venue is already home to open water swimming sessions operated by Uswim, founded by Manchester-born David Quartermain in 2007.

“Think of it as your own big outdoor pool,” says David. “In addition to our lido, there will also be a 200m open water course rigged out in the dock available for endurance swimmers.”

David, one of the UK’s top three open water swimmers from 1993-1996, said they are planning lots of family stuff too.

Ironically, when lidos were in their heyday, Dock 9 was teeming with ocean-going merchant ships and handling millions of tons of cargo a year. And the water quality was dire.

One of the most popular open air pools was The Galleon on the site of what’s now the Waterside Hotel and Leisure Club on the East Didsbury bank of the River Mersey. Others were at Norden, Philips Park and Alexandra Park. There’s a picture of one in Heaton Park dated 1905. It is not clear when it closed. 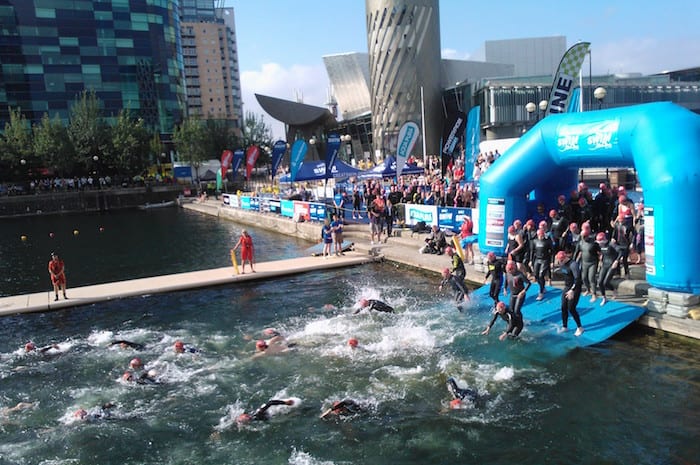 “I’ve had a passion for open water swimming since my family moved from Moston to Marple when I was a child and I learned to swim in the canal outside our house,” says David.

That passion has taken him to New York to swim around Manhattan – the first ever Briton to complete the 28.5 mile marathon.

He’s swum the three-way Coniston and two-way Ullswater events in the Lake District – each lasting seven hours – and a gruelling 11-hour two-way Windermere course. And he’s attempted to swim the English Chanel three times in 1994, 95 and 96, coming within three miles, 300m and 3.5 miles of the French coast respectively.

Lamenting the lack of opportunity for open water swimming, he founded Uswim which last summer welcomed more than 7,000 swimmers – 17,000 separate visits – to its venues at Boundary Water Park near Holmes Chapel in Cheshire and to Salford Quays.

Dock 9 has been widely used for aquatic events such as the 2002 Commonwealth Games Triathlon, Salford Triathlons, the Great Manchester Swim and Uswim’s own MediaCityUK Swim Challenges.

Regular sessions will take place on Wednesdays from 5.30pm-8pm and Saturday mornings from 8am-11am, supplemented by Saturday afternoon sessions from midday- 3pm in the new Lido.

The Dock 9 facilities include changing tents, life guards, an ever-present safety boat and wetsuit hire, but David reckons the water is warm enough to swim without one.

There are around 400 accidental drownings each year in the UK, more than half occurring in inland water sites and especially in hot spells. Earlier this week, a teenage boy was drowned while swimming in Greenbooth reservoir, Rochdale.

Hopefully the return of the lido will cut this deadly toll.