CULTPLEX is a independent cinema situated on Red Bank, tucked away in the upstairs of GRUB. 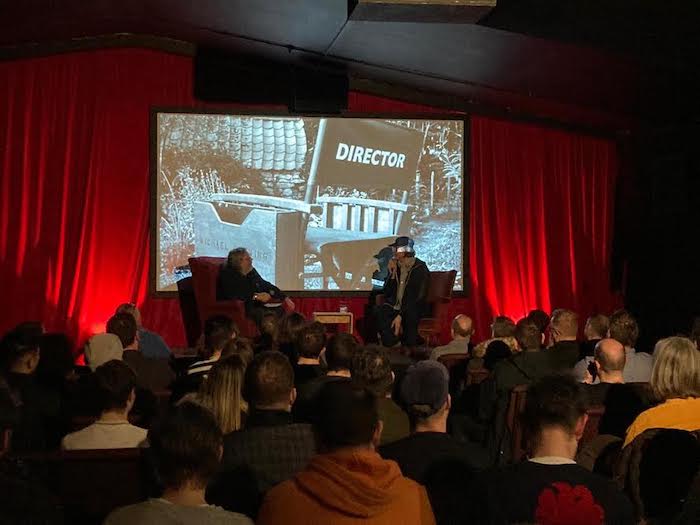 For film aficionados, this could be one of the best kept secrets in the city.

Since 2019, CULTPLEX (formerly Chapeltown Picture House) have been bringing some of the biggest cult classic films and TV shows to the big screen.

The owner Jason Bailey summed up what they are all about.

He said: “Basically, we’re all about anything nerdy, cult or geeky.

“We began by showing films that you wouldn’t normally see up on the big screen and putting them on in our cinema.

“Despite some of these films being well known, a lot of our audience maybe weren’t even alive or didn’t get to see them on the big screen when they came out.

“For us cinema is all about experiencing a great film or TV show together in a live audience – it adds so much to the enjoyment.”

Jason continued: “I saw a tweet the other day and it was a person boasting that they had the cinema entirely to themselves.

“I honestly just thought that was the saddest thing I’ve read.

“There’s so much joy to be had from being in an audience of fellow cinema lovers having a great time watching a film they love. We’re all about the collective experience here, and we’ve built a great community who seem to be enjoying it too.”

CULTPLEX have been branching out into other areas outside film too.

They have struck up a great partnership with local comedy club ‘A Lovely Time’.

Local comedians looking for a place to test their material have been using CULTPLEX to see how live audiences react to their new routines.

Manchester Amateur Gaming League also is hosted as an internal event at the site.

Taking place on June 17th and 18th, the festival was born out of a love for horror and film festivals, but a frustration with the lack of diversity within them.

They will celebrate the diversity we all know is present within this much loved genre,  bringing a range of the latest short and feature length films from people of colour, women, people with disabilities, people within the LGBTQ+ community, together with foreign language filmmakers.

Be sure to look out for a mystery horror classic thrown in too!

Greg Walker, Cinema Manager said he ultimately wanted to help aspiring filmmakers and visual artists get their work out there, by providing a space that ‘takes risks’ and provides an accessible place for art to flourish.

“If people want to debut their films, they can do it here. We’re one of the only places in town that is not exorbitantly expensive, and we can house a fair amount of people too.

Matthew added: “We’re a comfortable, safe space where people can come and feel safe and have a great time. We’ve got a great selection of beer, soft drinks and food too.

“What’s important for us is allowing grassroots opportunities for aspiring film makers. It’s so hard in Manchester to find a space where you can go and put on your film without bankrupting yourself.

“We’ll help them with marketing and get behind them too with advice and help. People with no experience who have a voice and viewpoint, we’ll help you to get your platform.”

CULTPLEX initially opened as Chapeltown Picture House in 2019 a stones throw away from the GRUB and Fairfield Social Club sites sharing a mill building with the old Track Brew Co. tap room in Piccadilly

But it has not always been a smooth journey for them, after their initial site was condemned.

They moved in upstairs at GRUB in the room that was initially planned to be a coffee roastery.

In 2023, they are looking to expand to new sites, events and cities due to the number of events they’ve had that were oversubscribed last year.

Some events have had a huge waiting list, with almost three times capacity applying for tickets.

CULTPLEX are also launching a membership scheme in 2023, and are looking to double their output into weekday screenings alongside weekend double and triple bills.

“We’re doing things a bit differently here. The atmosphere is great and I think the word is getting out a bit.

“From working through Covid, where it was nearly impossible to get so many people in a room together, we’ve had 8 or 9 events last year which have been absolutely magic.

“For instance, we did the whole of the Lord of the Rings Marathon – a huge investment in time – and it was absolutely rammed. We also did a Twilight screening, and we couldn’t believe how diverse the crowd was. Absolutely everyone is welcome here.

“There’s a great feel in the community we’ve built here. The vibes are top. Why not have a look at what we’re screening and come on down?”

You can see CULTPLEX’s listings by clicking here.