Manchester United’s Jesse Lingard could hold the key for England 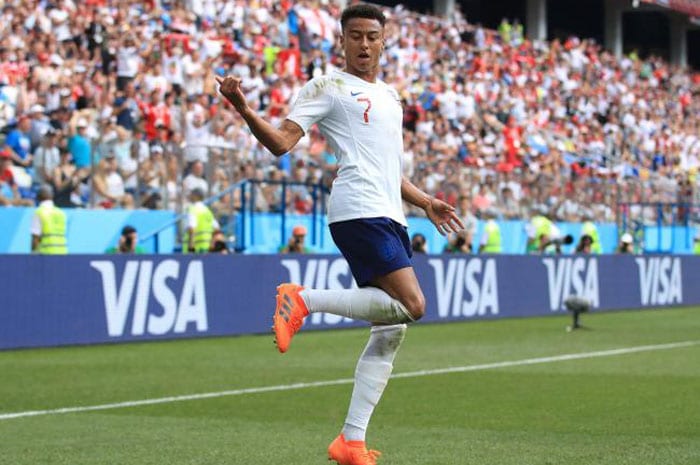 He likes a laugh. He doesn’t take things too seriously. And he’s always dancing with Pogba on Instagram. Is he even any good?

You can bet that most England fans were asking this question before the World Cup. In fact, most people outside the Manchester United fanbase were probably questioning his place in the squad. They’re now seeing what we’ve seen over the last couple of seasons. And last season especially.

Lingard is a player who takes his game very seriously. It might not always come across that way but with the continual drive to improve and cement his place, first with United and then with England, comes dedication and desire. And that’s what Jesse has in abundance.

He’s battled from being labelled too small. He’s learned and taken something from all his loan spells. And he recovered from a serious injury when starting the first game under Louis van Gaal. He refused to not make it at United, and now he’s showing the world (not just England) what he’s got in his locker.

And he could be pivotal to Gareth Southgate’s team as they face Colombia tonight in the round of sixteen.

Earlier in the season, Rio Ferdinand praised Lingard’s ability to play one and two touch football from a deeper lying midfield role. He showed that with his goal against Panama – a carbon copy of his New Year’s Day strike at Everton. But it’s his movement off the ball that could potentially upset Colombia in Moscow.

All eyes will be on Harry Kane. He’s the leading scorer in the tournament and clearly England’s danger man. Dele Alli may even attract more attention due to his slighter higher profile than Lingard. This could be Jesse’s chance.

We’ve already seen the danger he can pose with his runs from deep and ability to spot pockets of space in the two games he’s started in this tournament. He took his goal against Panama in sublime fashion but was at fault for not converting a couple of chances in the first half against Tunisia.

If he can get in those positions tonight, he’ll need all the composure he showed against Panama. It’s not unrealistic that he could be the match winner and the difference in a tight game where Kane is heavily marked.

We’ve seen it before with his patch of form over Christmas and New Year. Hopefully, we’ll be seeing it tonight.

It’s been a funny one for United fans watching the World Cup. It’s actually been refreshing to see a team with a clear system, getting the best out of the collective, rather than a stodgy team packed with players that don’t mesh.

I’ve enjoyed it much more. Not something I thought I’d ever really say about watching England over United.

And unfortunately, we’ve just had a stark reminder of what Jose Mourinho really values. We all had a collective groan of disappointment at the news of Marouane Fellaini signing a contract extension when we thought we were rid.