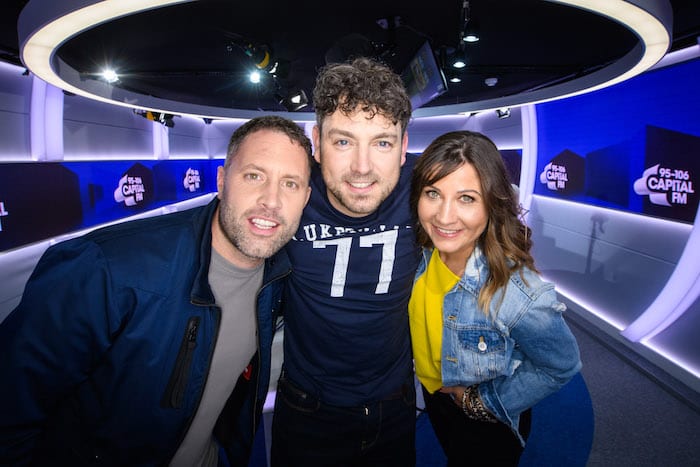 There is set to be a huge change on Manchester’s radio airwaves in the months ahead – after plans were unveiled to scrap local breakfast shows at popular stations Capital, Heart and Smooth.

Broadcasting giant Global has revealed that it is replacing a number of local programmes across its UK radio network with national breakfast shows, in a move expected to see scores of job losses.

It will mean the end of popular Manchester breakfast shows including The Rob Ellis Show on Capital, the Joel Ross and Lorna Bancroft show on Heart and Darren Parks on Smooth.

But, there IS good news for fans of Rob Ellis and his sidekicks Nigel Clucas and Rachel Burke-Davies on Capital. For the team have announced today that they will move to the all-new Manchester and Lancashire Drive show on Capital Radio from 8th April onwards.

Announcing the news today that they are leaving Breakfast after 11 years, the team also announced their successor for the new national breakfast show, that will go out in Manchester, will be Roman Kemp, who will be joined by Strictly Come Dancing star Vick Hope and Sonny Jay.

Tweeting a photo of the new team, the station said: “Big news Manchester. After 11 incredible years Rob, Rach & Wingman are moving shows. Instead of getting you to work, from April 8th they’ll be getting you home (and getting a sleep in). They’ll be on your radio from 4pm each weekday.”

Revealing Roman, Vick and Sonny as the new nationwide breakfast hosts for Capital, they tweeted: “Which means, Capital Breakfast with @romankemp will be the new sound to your mornings each weekday from 6AM. @VickNHope and @SonnyJay join Roman to bring you the world’s biggest stars and hottest gossip to get you started for the day.”

Capital also announced that Manchester’s popular drive time DJ Adam Brown will be leaving the station in the restructure.

The Joel and Lorna breakfast show and Smooth breakfast with Darren Parks will continue on air until May.  It has been announced that Amanda Holden and Jamie Theakston will take over the Heart Breakfast show from Monday June 3rd.

In a statement last week, the company said the changes came following Ofcom’s amended Localness Guidelines for commercial radio, and means they can now offer “true national competition on FM across the UK to BBC Radio 1 and BBC Radio 2”.

Launching UK-wide national breakfast shows on Heart, Capital and Smooth, they say will create the three largest commercial radio breakfast shows in the UK, with 4.8m, 3.7m and 2.7 million listeners respectively each week.

Ashley Tabor OBE, Founder and Executive President of Global, said the stations will still be committed to local news and travel delivered throughout the day.

Announcing the new Capital presenter line-up today, Ashley said: “This is a historic moment for Capital, Global, the commercial radio sector and for Roman and the team personally. Since he joined Capital five years ago, Roman has worked hard to rise up the card and has created a massively entertaining show that is adored by artists and listeners alike.

“I’m exceptionally proud to see Roman, Vick and Sonny go nationwide with their no.1 commercial breakfast show – I’m sure this will become an appointment-to-listen show for listeners across the UK.”