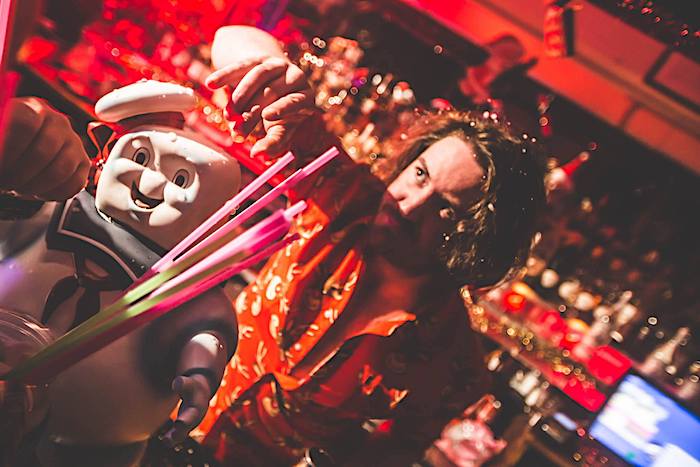 Night shifts: they’re hard work, but someone has to do to them.

From unreliable zero-hours contracts to a lack of late-night public transport, after-hours work can take its toll mentally and leave workers scrimping to afford to get home at the end of the night.

Which is why Manchester is getting serious about its night-time economy policy, with the appointment of a new night-time economy tsar and the creation of an ambitious new 5-pronged blueprint – which is already gaining praise from leading hospitality and night-time industry figures.

These include a new 24/7 transport system and commitments to ensuring that workers are supported to have good, healthy jobs, with positive mental health and well-being.

It’s much needed, considering that roles within the sector are often characterised by high staff turnover, zero-hours contracts and a lack of in-work progression, which often leads to the night-time economy being perceived as a non-viable or desirable career choice.

Even for those with more stable employment, such as public sector employees in hospital settings, the mental health and well-being implications of working anti-social hours have been found to be significant.

Night-shift workers also tend to be worse off, with around 21% of full-time after-hours employees earning less than the living wage compared to 14% across all of Greater Manchester’s full-time workers.

But with the sector currently growing at an unprecedented rate, local leaders have realised that now is the time to invest in a new strategy to help make the night-time economy work for everyone. It’s only worth £70 billion to the UK economy, after all.

From improving safety and transport measures across Greater Manchester to the creation of new voluntary operators standard with guidelines on wages and tipping, the new blueprint looks to ensure all late-night employees have a safe, supportive and fair working environment.

Leading trade body UKHospitality has hailed the plans as a forward-thinking approach, with chief executive Kate Nicholls calling on other UK cities to follow Manchester’s lead and adopt similar strategies.

“Perhaps the most encouraging sign here is that Greater Manchester Combined Authority understands the importance of the late-night hospitality sector,” said Kate.

“We need more local authorities who “get” what we do and the early signs from Manchester are positive.

“Greater Manchester has a fantastic nightlife thanks, in part, to major investment by hospitality businesses. It is one of the most exciting and diverse in the country and it is great to see policy-makers understand the value the sector brings to the region.

“We want to see widespread appointment of Night Czars in cities from Aberdeen to Brighton, following Greater Manchester’s example to support the immensely valuable late-night sector.”

Speaking on the proposals, Sacha Lord said: “I think Greater Manchester is the best place in the world. Our history, creativity, inventiveness and resilience have made us what we are.

“While we always need to give a respectful nod to the past, we now have to look towards the future and build on what we have already achieved.”

It’s clear that the new changes could make a big difference to employees within the sector and, if implemented, could set the tone for the rest of the UK.

It’s always said that we do things differently in Manchester. Let’s keep that momentum going.

The proposals can be viewed in full online and will be implemented by April 2020, following consultations to gauge public opinion.