‘Manchester is a powerhouse of artistic movement and growth’: exhibition showcases UK’s most innovative artists 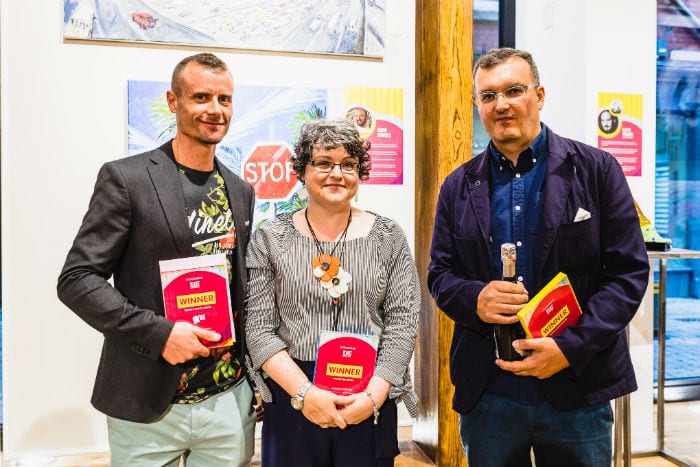 The UK’s leading fine art publisher, Washington Green Fine Art, brought its Summer Exhibition event to Manchester for the first time this year, showcasing some of the art scene’s most innovative contemporary artists.

The exhibition at Castle Fine Art offers 20 aspiring artists, whittled down from over 600 applicants, the opportunity to showcase their work in the gallery for a month.

Now in its fifth year and previously held in Birmingham, the organisers decided to bring the exhibition to Manchester for 2018, tapping into the city’s thriving creative scene. 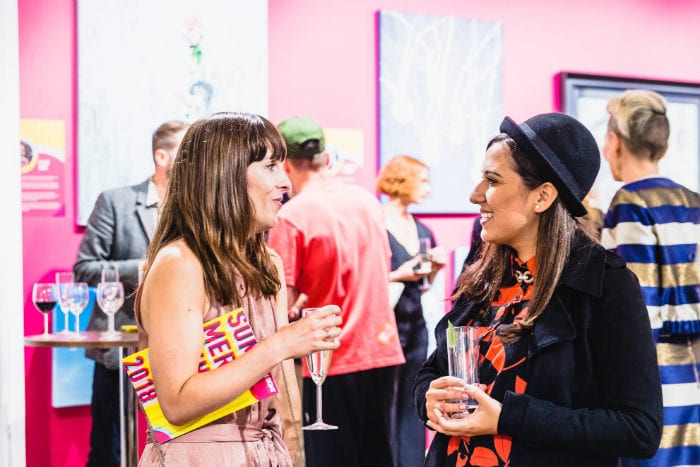 “A city as well-known for its robust character as its pioneering industry, fight for female emancipation and sport and musical legends, Manchester is now one to watch for arts and culture,” said exhibition manager Holly Rackham.

Following an international call for visual artists to submit their work to a panel of art reviewers, a final selection of British and international artists was made. The spectrum of pieces ranged from sculptures and screenprints to digital creations, oil paintings and photography. 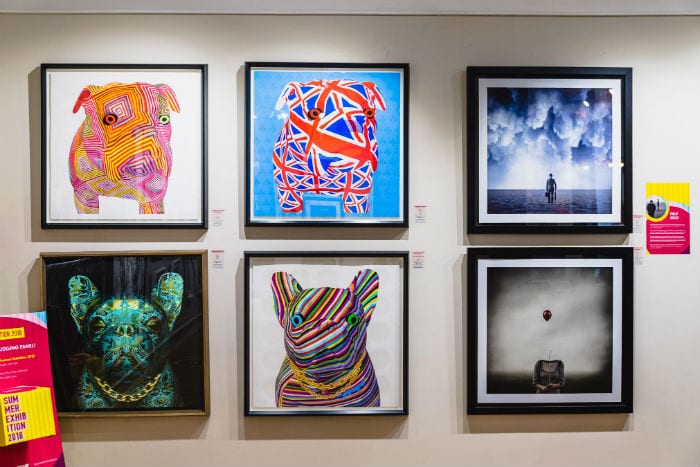 This year’s IN:SIGHT competition attracted more emerging and established artists than ever before, and on Thursday evening the winners were chosen from an impressive line-up.

Tim had travelled from New Zealand to collect the award.

“To be honest, it’s quite a shock, actually,” he said on collecting the award. “It’s a real privilege to be part of this amazing exhibition.” 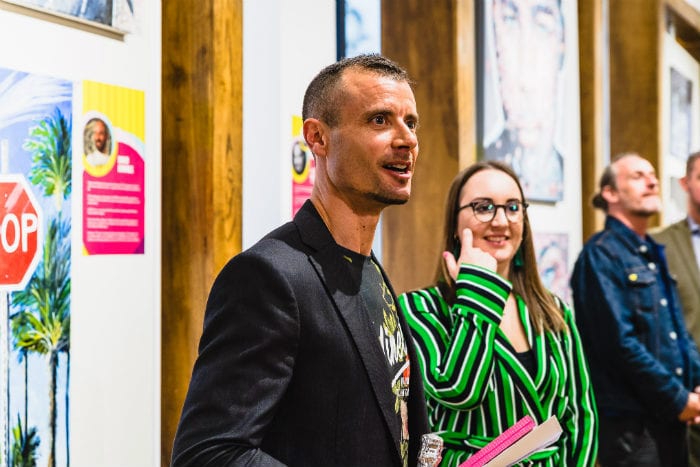 Another award was given for innovation, and awarded to wire sculpture Sadie Aucott, who the judges believed was doing something profound with her artwork.

I asked Sadie, who also works full time as an office manager, how she came to create such unusual pieces. 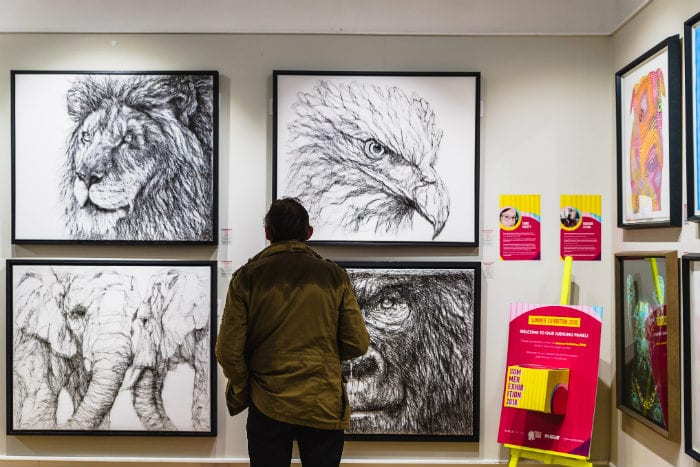 “I always had art in my blood,” she said. “I’ve always loved drawing and do a lot of photography as well. I wanted to experiment with different mediums four or five years ago, and I saw this little wire sandcastle on a white canvas in an art shop. It was like a lightbulb moment – you can draw with wire!

“Animals and conservation are my passion, people seeing them as a soul and protecting them. So I experimented with different techniques. I start off with their eyes, as that’s the focal point.

“I start off on a bench, and then as they get bigger I hang them on a white card and work on it that way. It’s all one piece, so then I mount it on the canvas using a technique I’ve developed with a safety pin.”

How long do such intricate pieces take to complete?

“This one took a year, but that’s because I also work full time and do this in my own time,” she said. “And I need to use natural light as much as possible.” 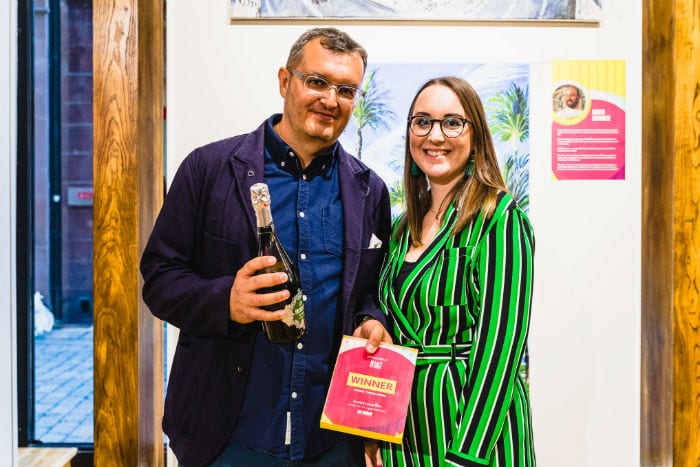 The overall winner chosen by the judges was Richard Levine, whose interest in vintage animation, comics and illustration led to a career in motion graphics.

By playing with geometric shapes and blocks of colour, the East Sussex based artist renders an image into a 3D form and wraps it with texture and pattern before running it through several transitions. His pit bull artwork is truly unique.

“My work is experimental and playful and is not constrained by a single discipline,” he said. “This creates a feeling of kinetic energy, depth and movement.”

Richard was awarded a publishing contract with Washington Green Fine Art Group and a prize of £2,000.

“Bringing the exhibition to Manchester for 2018 was a no-brainer,” said Glyn Washington, founder and creative director of Washington Green Fine Art.

“The city is a powerhouse of artistic movement and growth, and we’re looking forward to making our own contribution to its diverse and accomplished art scene.”

You can catch the Summer Exhibition and winning artwork until 26th August.